Traders and investors cheered this historic high of the world’s most famous stock market index, which is composed of 30 of the biggest and best-performing American companies and is frequently used as a barometer of the strength of the economy.

Even though it took a little while, after several close calls in recent weeks, it’s hardly a surprise that the Dow hit this particular milestone. It and other major stock indexes like the Standard & Poor’s 500 have two key features that ensure that they will continually rise and break new zero-filled records: They ignore inflation and are heavily curated.

The first reason why stock market indexes, like the Dow, rise over long periods of time is that the indexes are not adjusted for inflation.

Inflation is when overall prices increase. It is a modern occurrence in most major countries. When there’s inflation, everything costs more as time passes, including the price of shares of stock.

The Dow Jones index is calculated by adding up the non-adjusted stock prices of all 30 members and dividing by something known as the “Dow divisor,” which is continually adjusted to account for stock splits, spin offs and other changes. This divisor ensures historical continuity.

The importance of the long-term inflation in driving stock market indexes higher is seen by understanding the “rule of 70.” This rule shows how long it takes for the average price in the economy to double. For example, if something costs US$10 today, the rule of 70 shows how many years it will take for the price to reach $20.
To determine the number of years, divide 70 by the inflation rate stripped of its percentage sign. Details on the rule of 70 are discussed in chapter 12 of my textbook.

Since the turn of the 21st century, U.S. inflation has increased prices by roughly 2.2 percent per year. If prices continue to rise at this rate, then the typical price of most things in the U.S. will double roughly every 32 years (70 divided by 2.2). So if inflation were to persist at this rate, this means about three decades from now the Dow will hit 40,000, even if businesses sell the exact same number of cars, phones, movies, meals and all the other things available in the economy.

Under performers are eliminated

The second reason why the Dow inevitably rises over long periods of time is that under performing companies are periodically removed from the index and replaced by companies that are performing better.

Charles Dow, one of the founders of the Wall Street Journal newspaper, started the Dow Jones Industrial Average in May of 1886. His intention 120 years ago was not to create an index that regularly hit new highs. Instead, the goal was to give readers a single number to give them a quick understanding of how the stocks of the most important companies were faring.

Nevertheless, because the list of companies in the Dow has changed many times to eliminate under performing stocks, it is essentially designed, even if by accident, to climb ever higher.

The Dow for decades has been comprised of 30 stocks. Nevertheless, over its 120 year existence there have been 133 different companies on the list. The editors of the Wall Street Journal choose which companies are in the index and once a year, on average, add a new company to the list and drop an old one.

Since 2010, the Dow has included five new companies; Apple, Goldman Sachs, Nike, United Healthcare and Visa. To keep the list fixed at 30, five companies have been dropped: Alcoa, AT&T, Bank of America, Kraft Foods and Hewlett-Packard.

General Electric, or GE, is the only company that was both on the original 1886 list and included in the index today. Nevertheless, even this major company founded by Thomas Edison has not been on the list continuously. It was dropped in 1901 and then reinstated at the end of 1907.

Many famous companies in America were on the Dow and then were dropped before going bankrupt or drastically shrinking in size. Eastman Kodak was dropped in 2004, while Bethlehem Steel was removed in 1997, both only a few years before going bankrupt. The editors knocked off Sears Roebuck in 1999 and F.W. Woolworth in 1997 as people shifted away from buying items at department stores and five and dimes.

The periodic replacement of companies means the Dow operates like an actively managed mutual fund, in which humans pick companies that are expected to do well in the future. The Dow needs periodic human intervention. Without it, the list would slowly atrophy as companies die off or become less relevant to the overall economy.

In sum, the presence of inflation in the U.S. and the continued efforts of editors at the Wall Street Journal to replace lagging companies in the index with companies that have high-flying prospects and stock prices will always result in headlines every so often that trumpet “turn-of-the-odometer” milestones like 25,000 and 30,000. 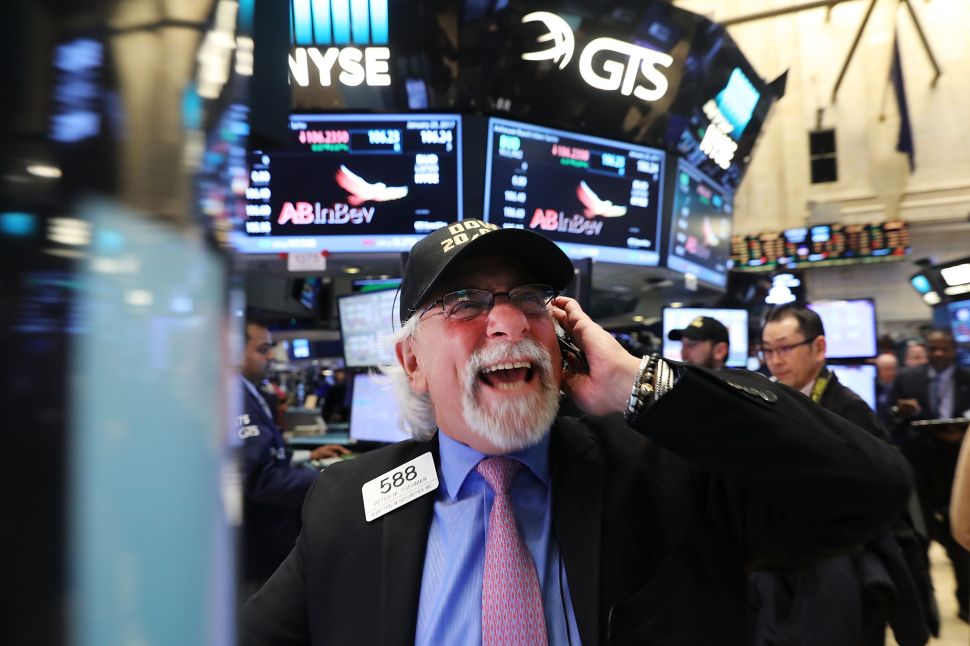