The Ted Talk “How Great Leaders Inspire Action” provides a shining example of how a profound idea can be corrupted for corporate ends. Often required viewing for employees at everywhere from Fortune 500 companies to dreaded “content platform” startups, speaker Simon Sinek presents a condensed version of his book, Start With Why.

Sinek’s central thesis is that people don’t buy what you do—they buy why you do it. He says that the greatest success stories of triumphing against the odds are underdogs starting with a core value, the titular why, then building everything else around it.

This is how Sinek explains the Wright Brothers first taking a plane to flight, despite facing fierce competitors with much more money and resources. The Wright Brothers had a why. Sinek also attributes Dr. Martin Luther King’s growing following and success as a leader of the civil rights movement to the strength of his values, and the fact that a resolute and personal perspective on injustice informed his why. Sinek even points out Apple’s success as a company, as its intuitive products are designed to make people’s relationship with technology simpler, their why. “People don’t buy what you do, but why you do it,” he reiterates.

But Sinek also attributes this aphorism to that gut feeling we all get when something just feels off, when our inner pulse perceives a disconnect between what’s being presented before us and how it makes us feel. In those instances, the why is insincere, or just nonexistent. The failure of any enterprise, Sinek surmises, to connect or foster a healthy, growing relationship with its audience can be attributed to this disconnect.

When stating our intentions as a forward-thinking, honest music section that’s free of branded collusion and jive-laden promotional dreck, this why is at the forefront of Observer Music’s intentions, too.

The big celestial haw-haw of why I got into music journalism a few years ago was that spent time, money and energy on two industries that were perceived to be “dying”—music and journalism. But neither are dying—they’re transforming, and it’s in those states of rebuilding that external brands, monied interests and other nefarious folks with little concern for real storytelling or quality reportage seek to embed themselves in our editorial processes. Here at Observer Music, we calmly respond with a “fuck that.”

It’s been another shitty, sad year for arts journalism.

Joe Strummer said that “the future is unwritten,” and perhaps nobody knows this better than arts journalists. It’s a largely thankless, expendable and ephemeral beat, exacerbated by the fact that when you factor in “news values”—impact, proximity, timeliness, novelty, etc.—the stories you’re reporting don’t lend themselves to too much depth.

But music fans who actually read—not the ones just “liking” stories on Facebook—want depth.

They want that why to inform the stories they read, and if we’re doing it right, it won’t matter whether or not they already have a personal relationship with the artist or genre we’re expounding on. The why eclipses niche genres and obscure revelations. The why is universal.

So that’s our commitment to you, the reader, in 2017. Observer Music will continue to unpack not only the weird, kooky sounds that tickle our ears, but why those sounds matter.

Contrary to the aforementioned trend, we had a tremendously successful 2016, bringing on new writers with fresh ideas and passionate voices. We continue our commitment not only to bring you the why behind the artists we cover, but to show you why we keep doing what we’re doing. And why that’s so increasingly important.

You’re going to see much more daily original reporting from us this year, including more original photos and videos to supplement our words. You’re also going to see difficult conversations, explorations of those perceived disconnects you feel in your gut that keep the most vacuous, polished dreck populating the mainstream rags. And you’re going to see storytelling—because at the end of the day, that’s why we’re all here. Sound good?

If you’ve ever seen a music story that read a bit too much like an advertisement, is there really any question why so many publications are downsizing their arts coverage? Why would advertisers pay for space when editorial does their job for them? Self-immolation at its finest.

Some stories don’t lend themselves to easily digested structure, or a standard scene-based, indirect lede. Some stories read best when reported with a voice and a style befitting the artist at their center. And some stories will seemingly be about one thing, one person or group or obscure sonic movement from 50 years ago, but actually take on a meaning much more universal and meaningful. That’s why we’re here. So thanks for staying with us. And keep reading.

Our world is an ugly place sometimes, but we’ll always have the music to spotlight the beauty beneath the slime. 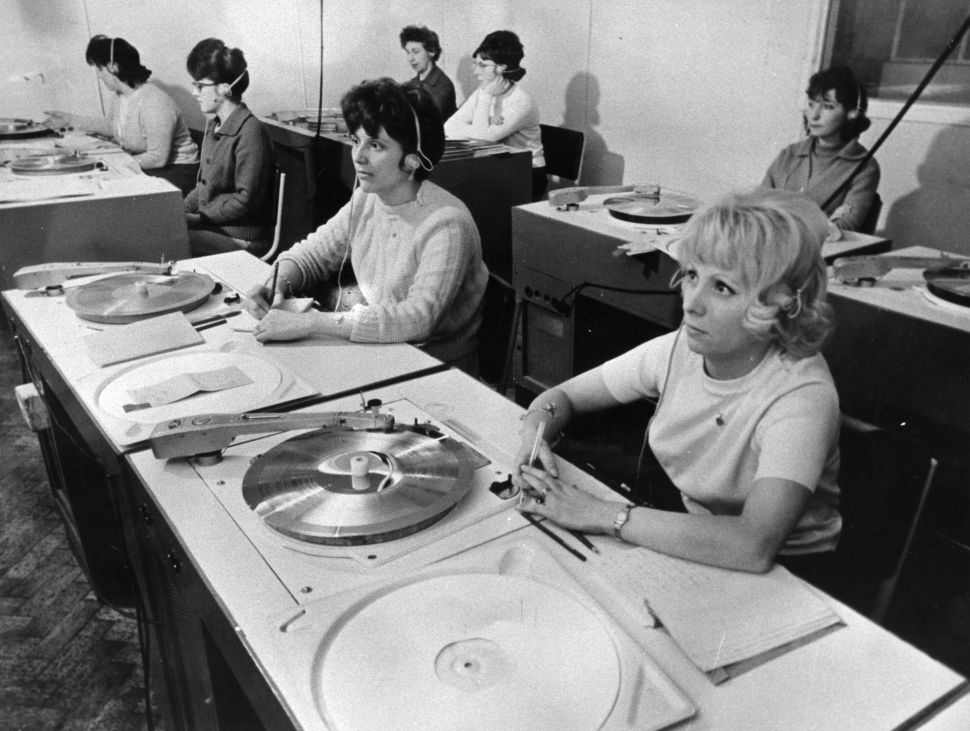