At Saturday’s Women’s March on Washington (and at marches all over the world), women (and men) of all ages hoisted inspiring signs advocating for equal rights. Many of these images also went viral on social media.

Twitter’s favorite messages, however, were those held by children. Many parents brought their kids to the protests so they could be a part of history, and these young people also held the cutest, funniest signs:

This is Erin, 11, on the 6 train headed to the march. pic.twitter.com/Iy5W2trtGK

Shut it down. Today's best sign (via @womensmarch). pic.twitter.com/Bsd2128jDw

But the most popular pint-size protester was this 22-month-old girl at the Charlotte, North Carolina women’s march. Twitter was immediately smitten with her scribbles and dubbed her #WokeBaby:

I feel like #WokeBaby just gave us something powerful here but our third eye ain't ready for the truth pic.twitter.com/0FJJqsrtli

me too, little buddy

This #WokeBaby's sign of resistance & coloring outside the lines is giving me all kinds of life. #blackmommyactivist #Herstory #WomensMarch pic.twitter.com/9xADNvkJ6k

When I'm mad but don't know what to say to express my anger #WokeBaby pic.twitter.com/7GYKUPfiXo

IN OTHER NEWS i live for the day we all find out the profound wisdom #WokeBaby wrote on her #WomensMarch sign pic.twitter.com/6xzo5Dr4Pn

While the child’s name was not released, BuzzFeed caught up with her mother Jenny Sowry, who said she too was inspired by her daughter’s message.

“The word that keeps coming back to me is ‘hope,’” Sowry told BuzzFeed. “It makes people hopeful that there is already a little one who is already speaking her mind. I don’t always know what she’s saying, but she always speaks her mind.”

Rock on, Woke Baby. Rock on. 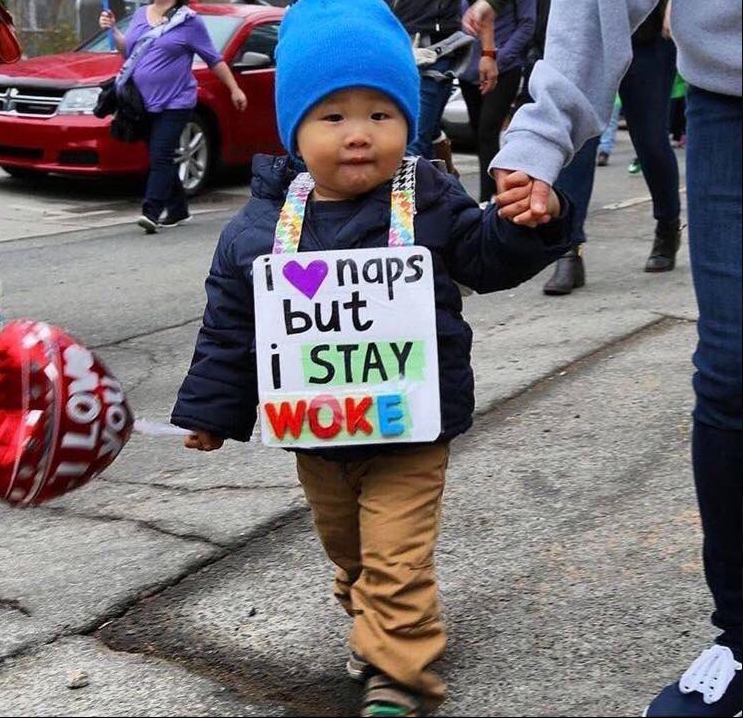