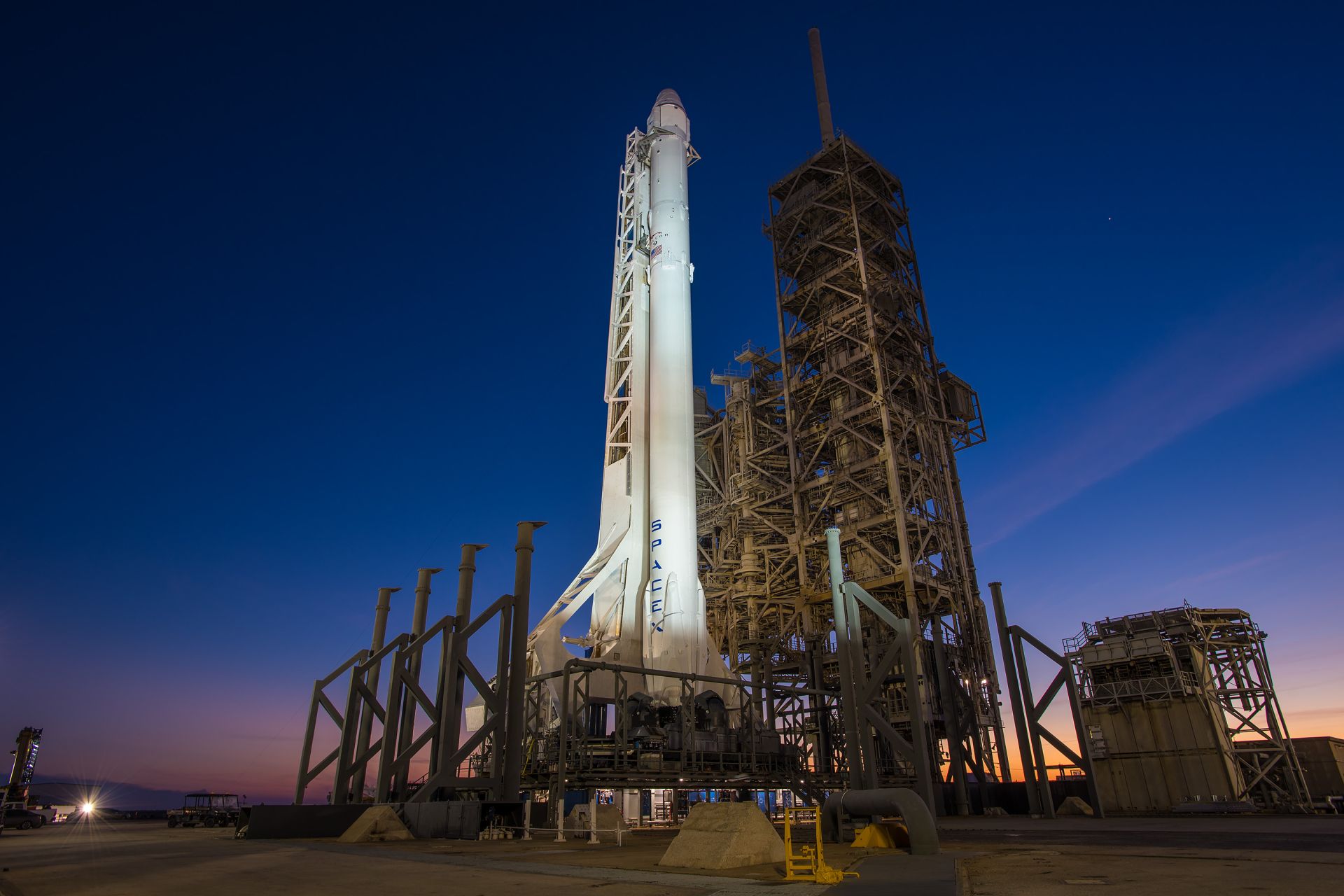 Falcon 9 and Dragon Vertical at Pad 39A.
Flickr/SpaceX 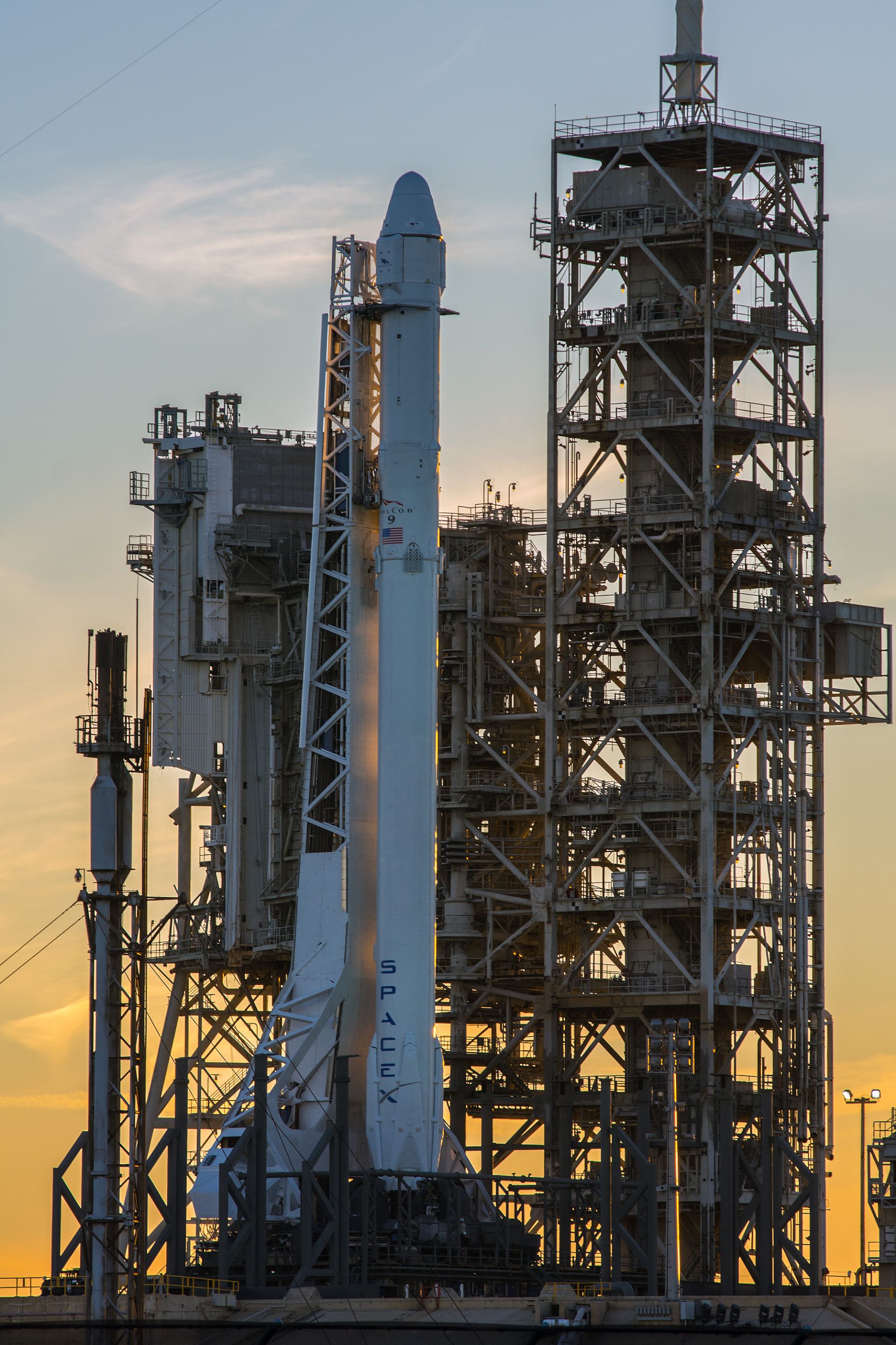 Another shot of the Falcon 9 and Dragon Vertical at Pad 39A.
Flickr/SpaceX 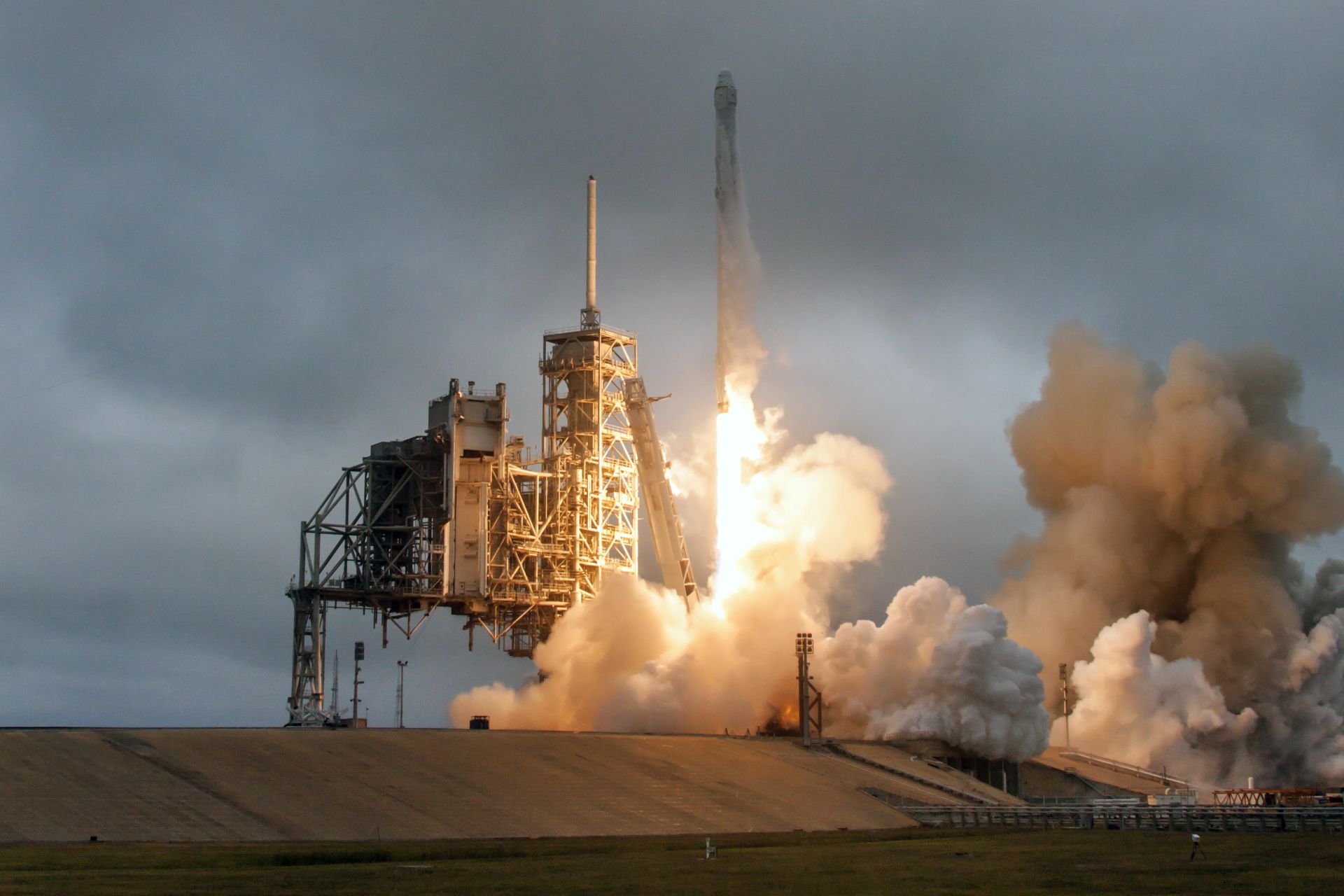 Falcon 9 and Dragon lift off from Launch Pad 39A for CRS-10.
Flickr/SpaceX 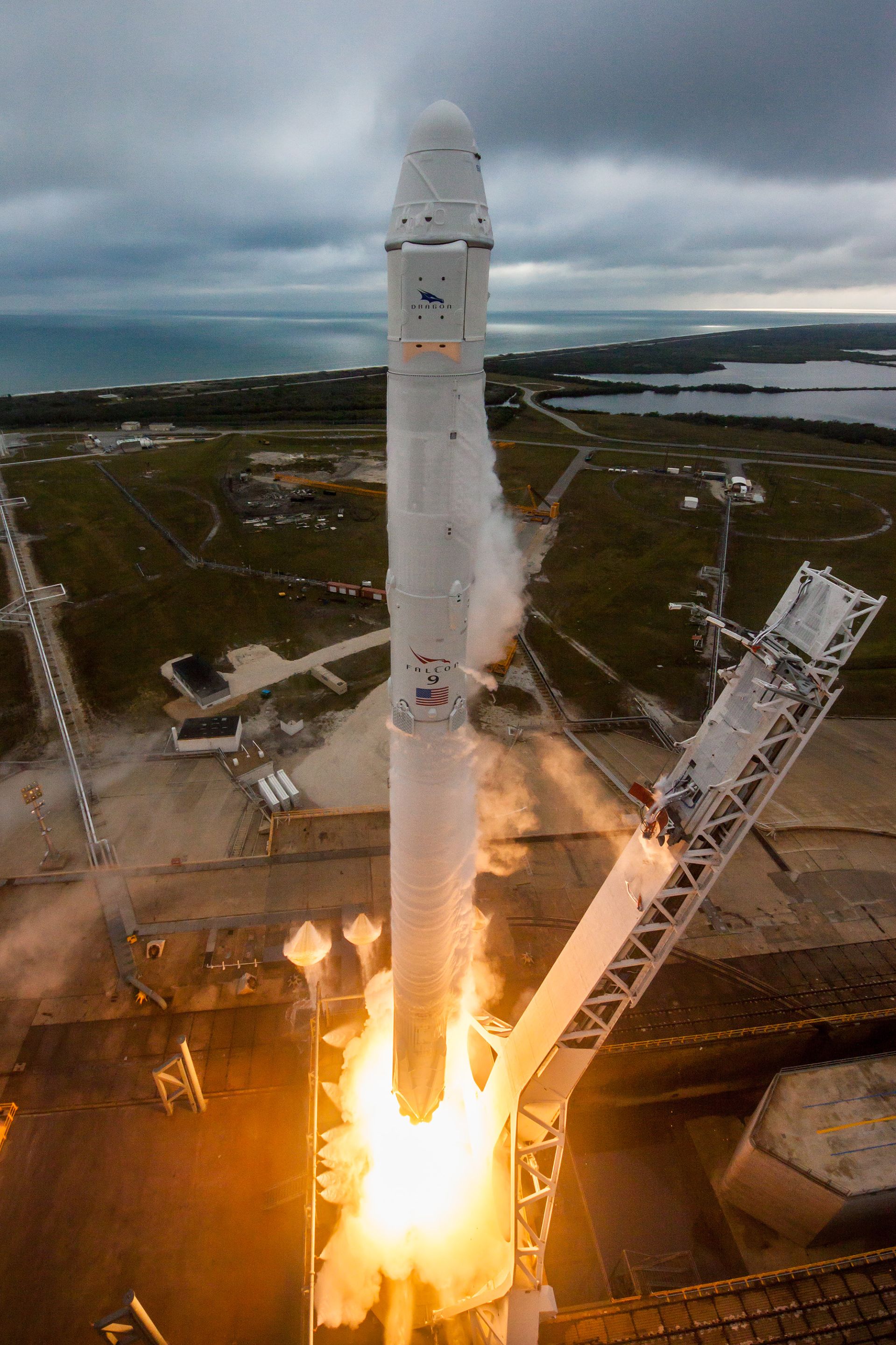 Another shot of the Falcon 9 and Dragon lift off.
Flickr/SpaceX
Advertisement 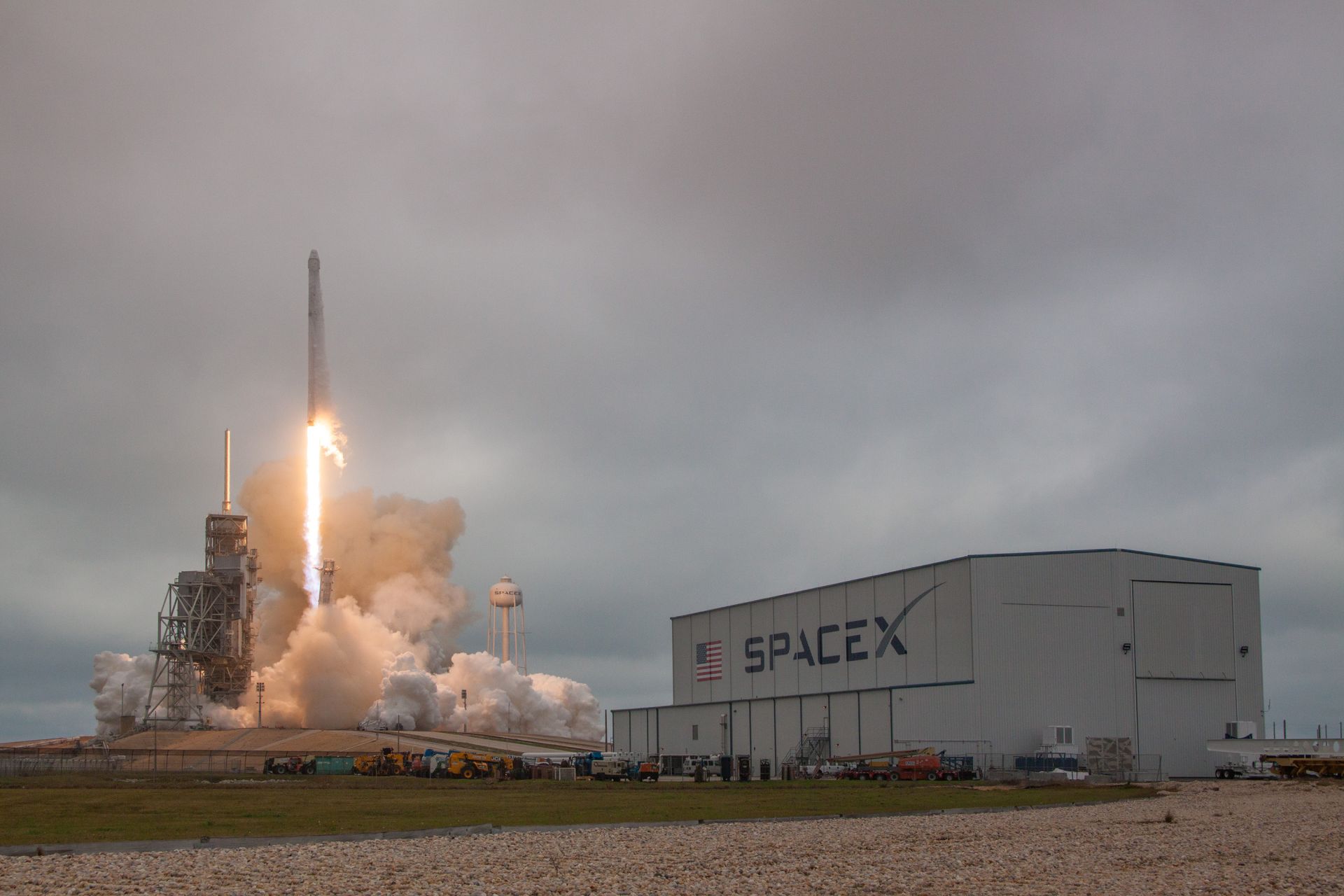 Another shot of the liftoff with the SpaceX building.
Flickr/SpaceX 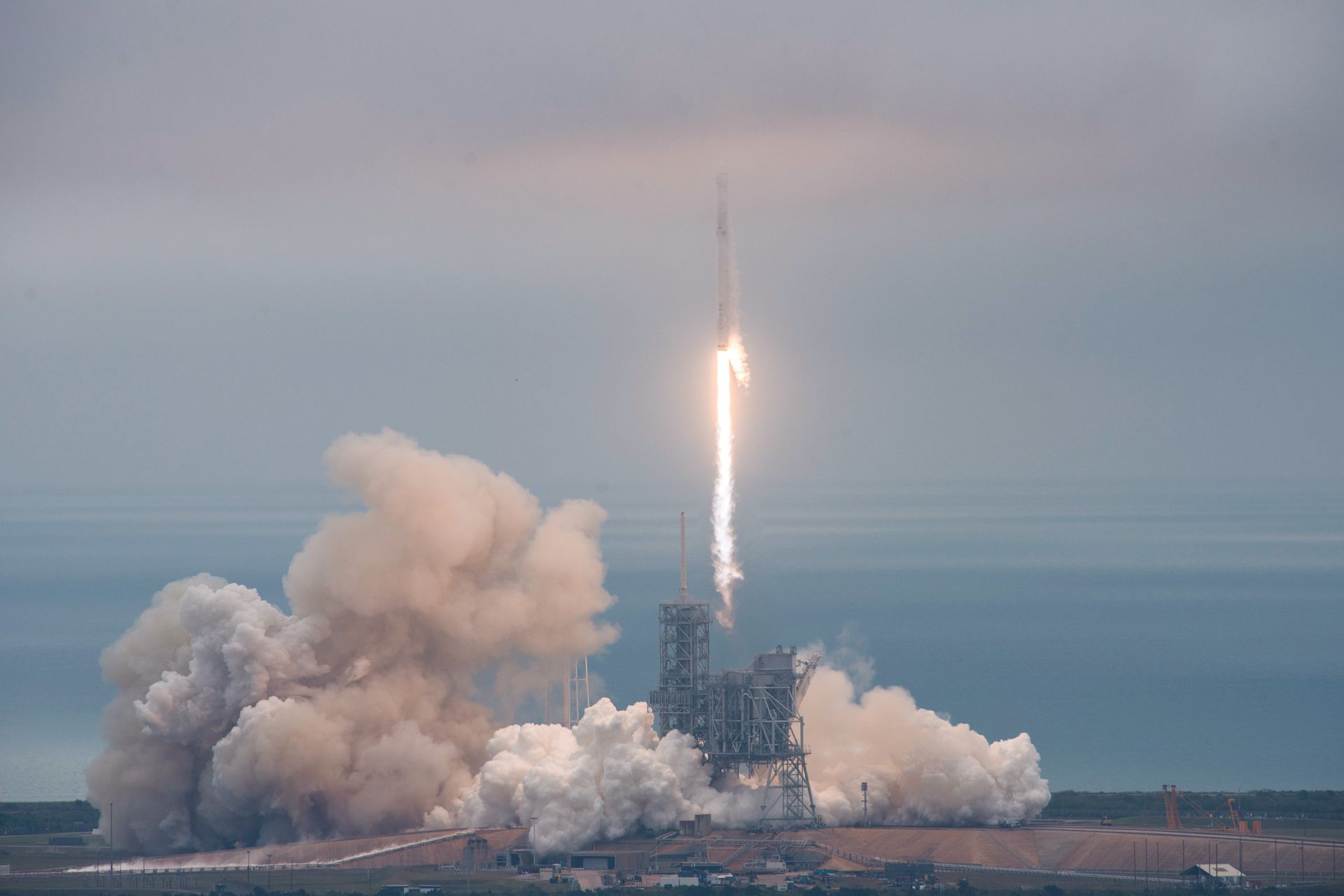 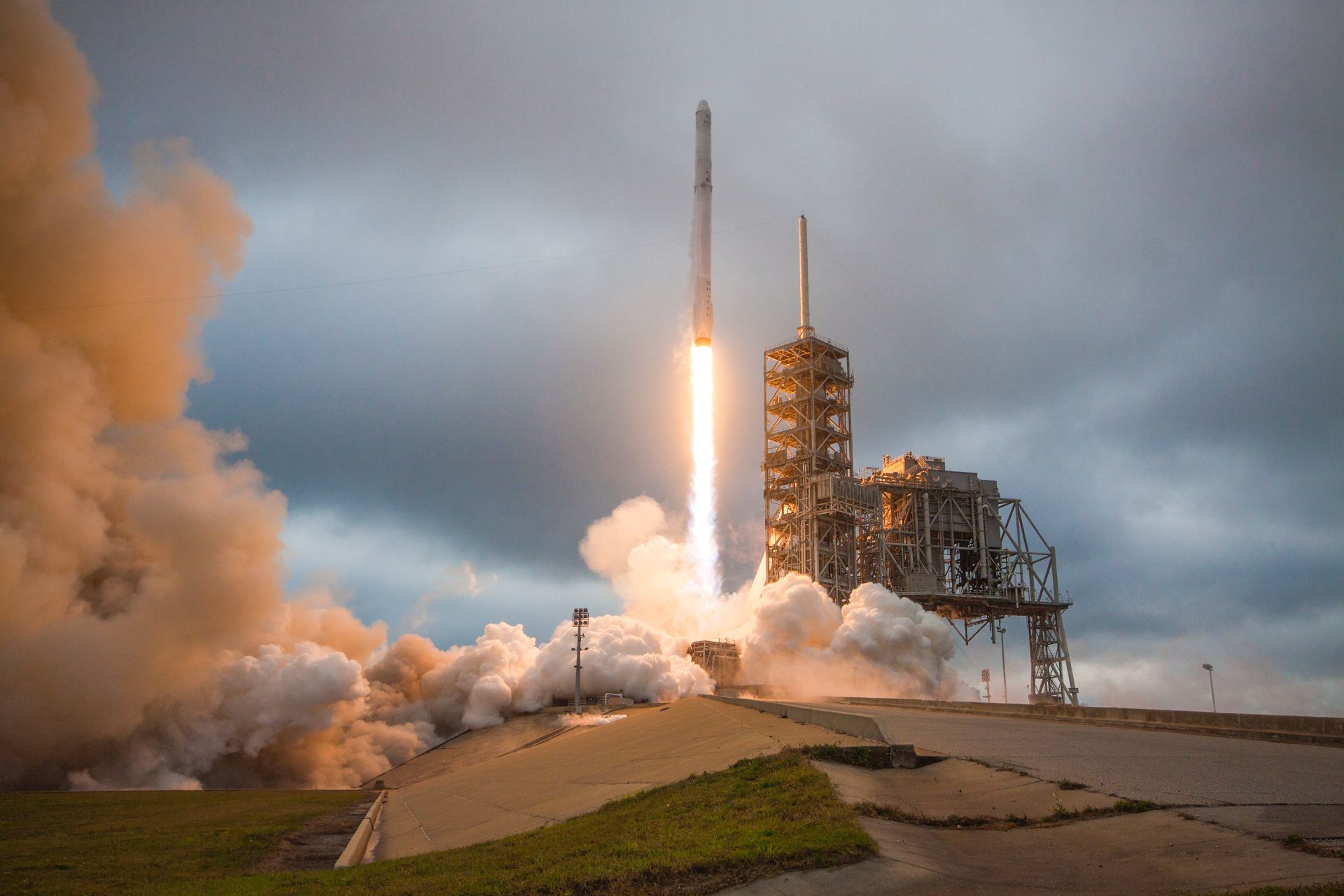 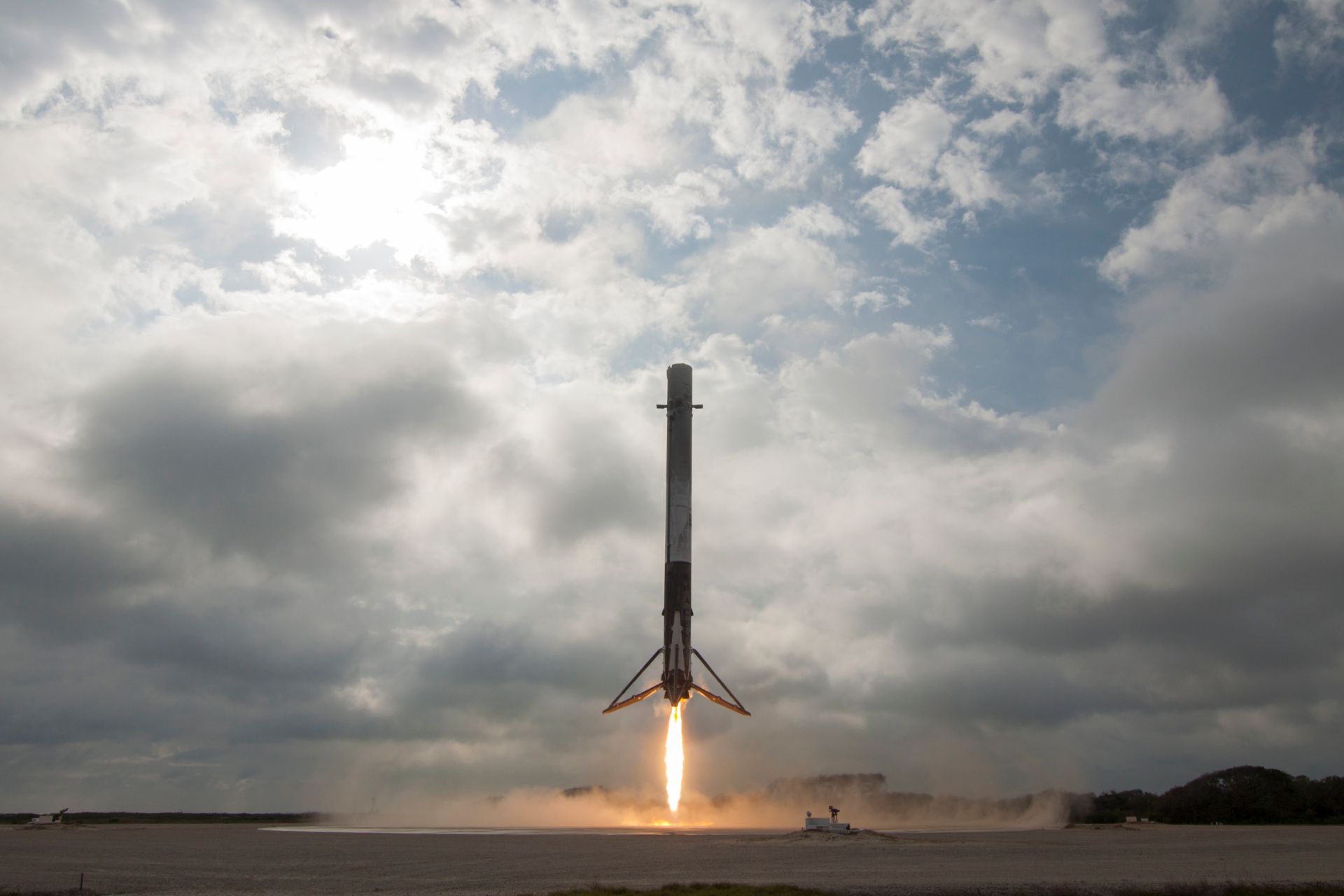 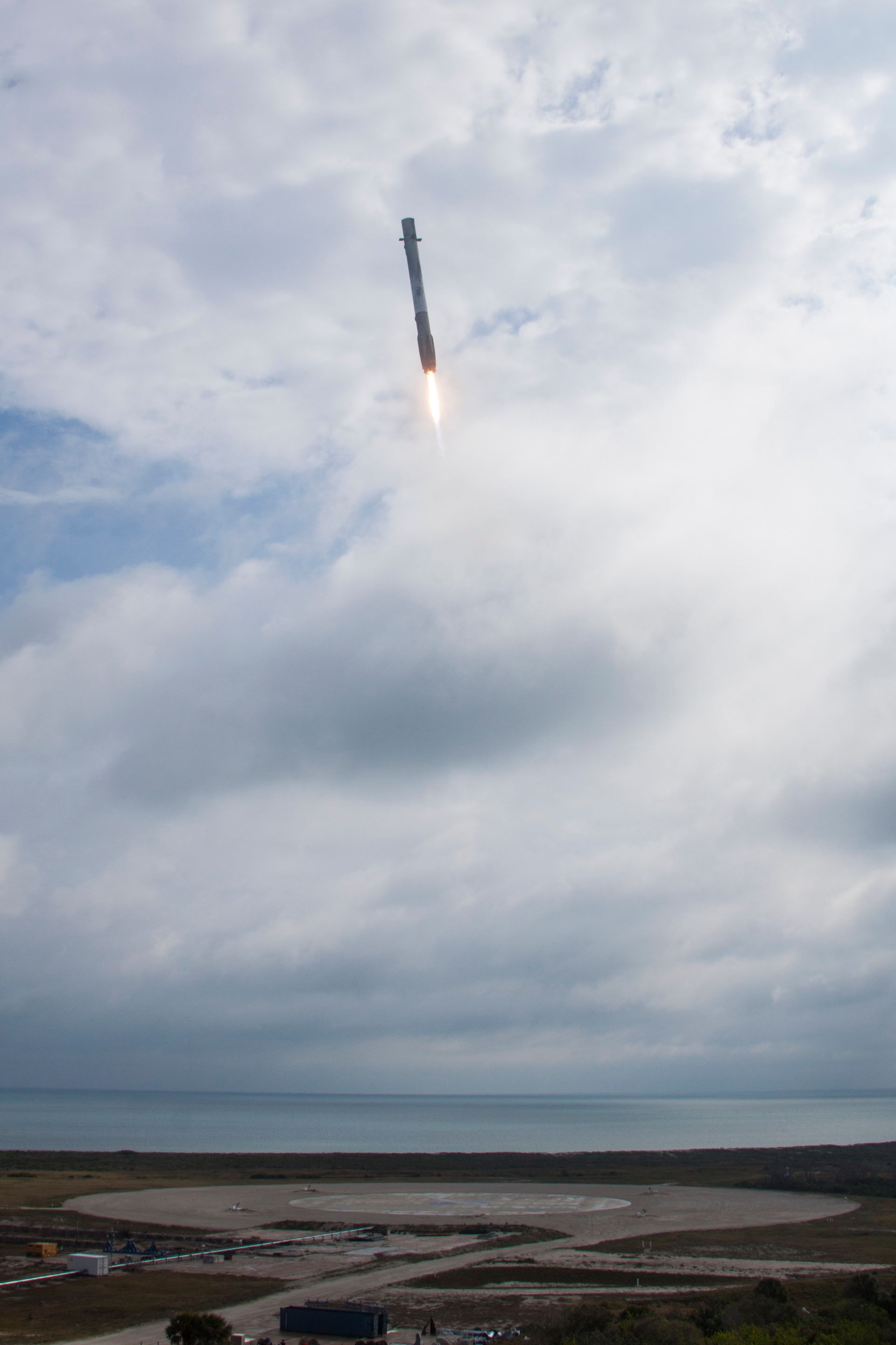 Another shot of the Falcon 9 first stage land.
Flickr/SpaceX 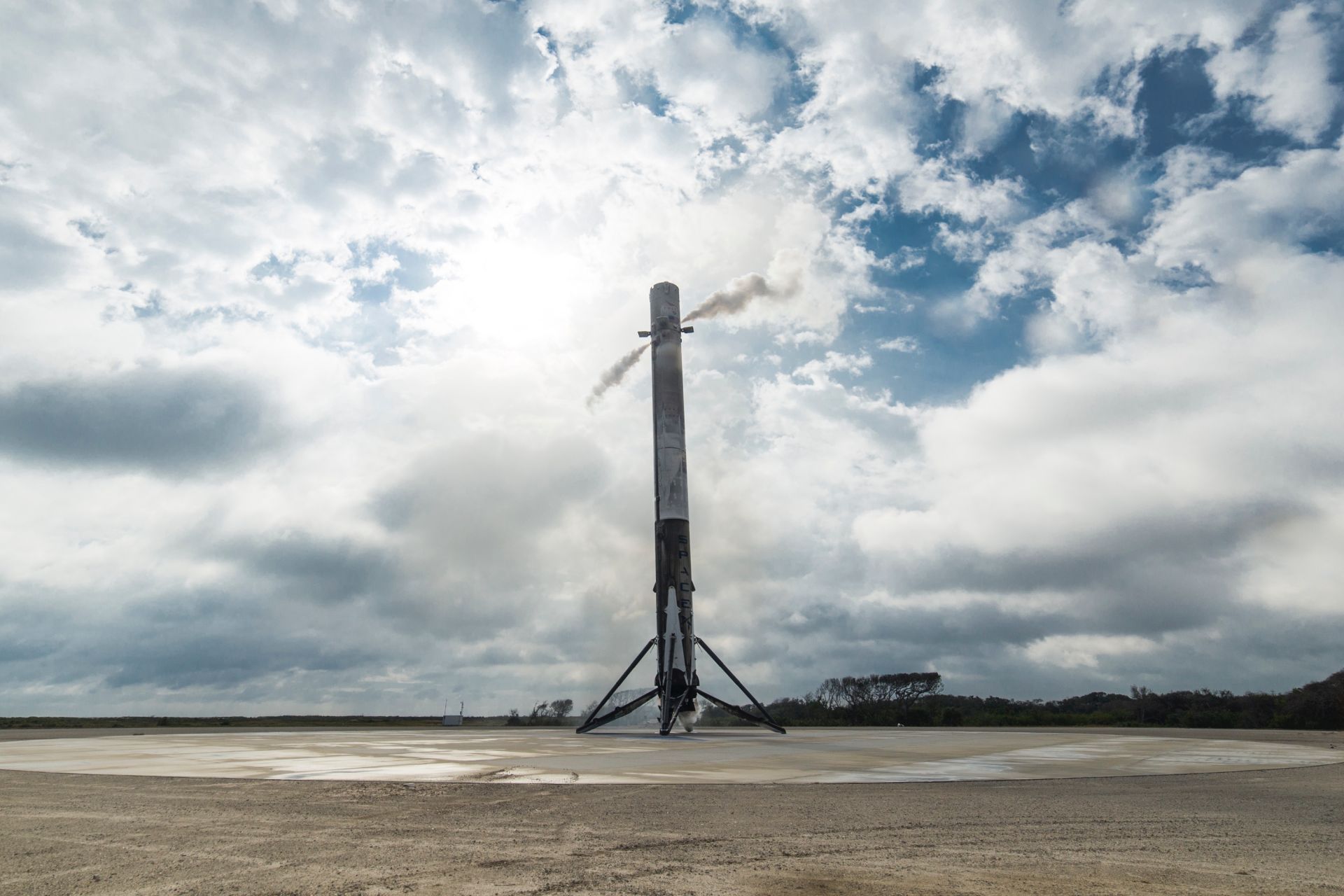 And another of the first stage land.
Flickr/SpaceX 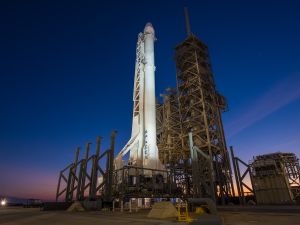 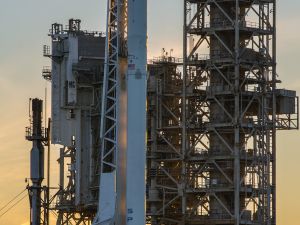 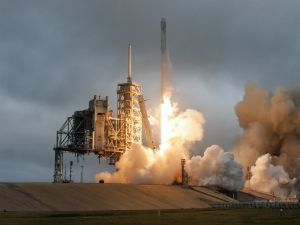 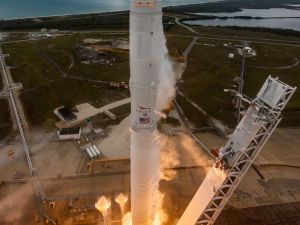 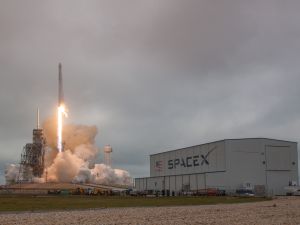 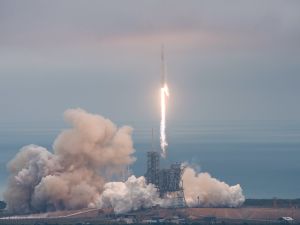 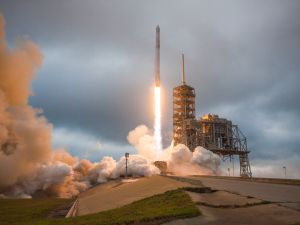 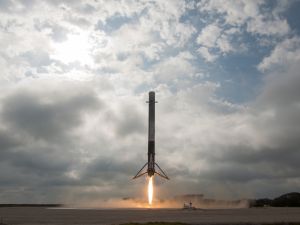 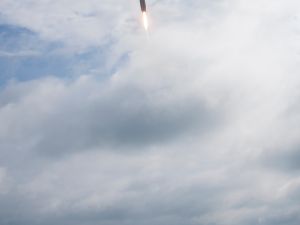 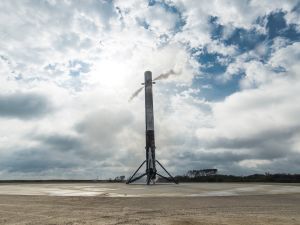 Over the holiday weekend, Elon Musk and his private spaceflight company SpaceX launched their first mission from NASA’s Launch Complex 39A at Kennedy Space Center—the site where Apollo 11 departed Earth for the moon in 1969.

The purpose of the historic Sunday morning launch, which the Observer reported on from the scene, was to send the Falcon Dragon cargo spacecraft loaded with 5,500 lbs of supplies on a two-day journey to the International Space Station. About 10 minutes after the 9:39 AM liftoff of the Falcon 9 and delivery of the Dragon to its preliminary orbit, the rocket’s booster detached and flew home to Landing Zone 1 at Cape Canaveral Air Force Station.

This is the 10th resupply service mission SpaceX is facilitating for NASA, but while this cargo run is relatively routine, the fact that it launched from Complex 39A at Kennedy Space Center—which hasn’t hosted a rocket launch of any kind since the retirement of the space shuttle in 2011—is historic in that it sets the stage for the future of the space industry. Now, there’s no denying it’s commercial. Just take a look at our list, “10 Amazing Space Missions You Won’t Believe Are Happening in 2017“—all but two are by private companies.

SpaceX photographers captured the entire mission from pre-launch, to takeoff to landing and shared the photos on Flickr. Flip through the slides above to see the photos.