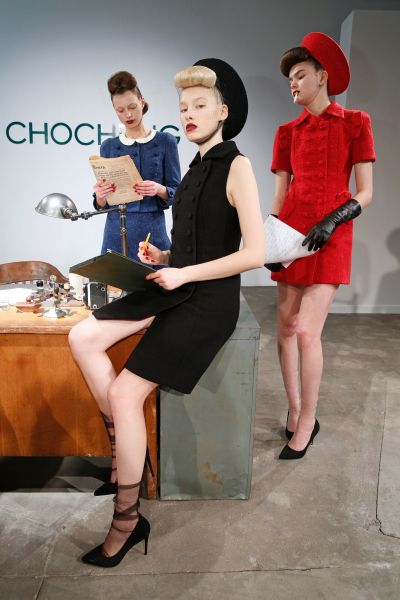 Anyone who frequents Madison Avenue might be familiar with the name Chocheng, as the designer has had a store on the tony shopping street since 2009. Now, the designer is making a bigger push on the fashion scene, by participating in NYFW. Save for a small event in 2010, last season was the designer’s first official fashion week debut. His clothes are far from trendy, but are actually timeless and classy; these vintage skirt suits and proper hats look like pieces that women in politics were born to wear.

For his second fashion week show, held earlier this week, Chocheng staged a presentation using live models with a vintage inspired set that was an ideal backdrop for even more tweet skirt suits, sweet button-festooned dresses and plenty of colorful houndstooth.

With a long, perfectly groomed hair that hangs down to the designer’s waist, plus a penchant for old Hollywood vibes, he has dressed celebrities including Nicole Kidman, former first lady Nancy Reagan and Janet Jackson. Here are five things to know about Chocheng, following his recent presentation. 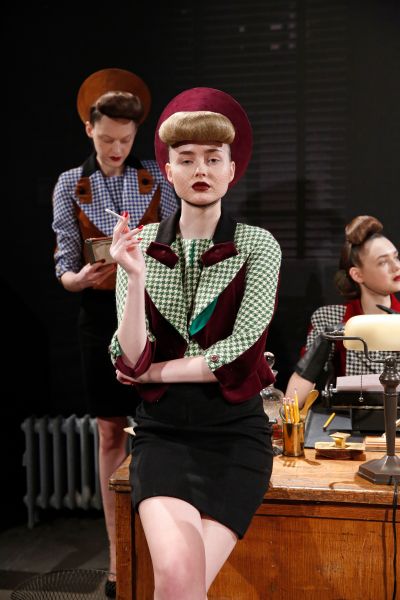 The models at his NYFW presentation wore gingham blouses, structured coats, pillbox hats, and pencil skirts and posed alongside retro telephones and bottles of bourbon. “The inspiration is the 1940s film noir,” he said. “In particular, The Big Sleep with Lauren Bacall. She was wearing a houndstooth suit, so the suit you see is the key piece of this season.” All garments in the presentation were handcrafted in London are made with 100 percent natural materials

He landed on Madison Avenue shortly after graduating from Parsons 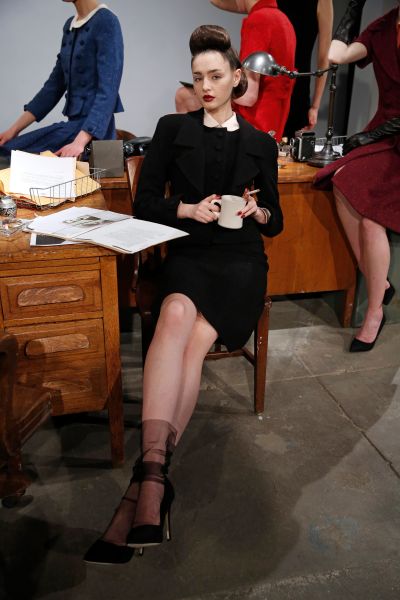 A mature look from this young designer. Courtesy Chocheng

The designer told us when he was growing up, he didn’t really know being a fashion designer was a job. “Then I saw a documentary film of Chanel, and that’s when I realized that making clothing is actually a job. So, I went to Parsons. I started doing custom clothing for friends. It went well.” So well, in fact, that Chocheng’s first store opened shortly after he graduated from school.

“I don’t work in my store all the time, but I’m very involved. We have daily emails so I know what’s selling,” he assured us.

Joan Rivers was a loyal customer

“When I was still doing custom design, I lived in a townhouse and used the ground floor as a shop. Joan Rivers lived nearby. She’s really fun and genuine. Her voice carries. My desk was close to the door, and I could always hear her walking by. She would just drop in. I think she’s a curious person and just wanted to see what was there. She’s very supportive and from time to time, she would buy little things like a pin.” 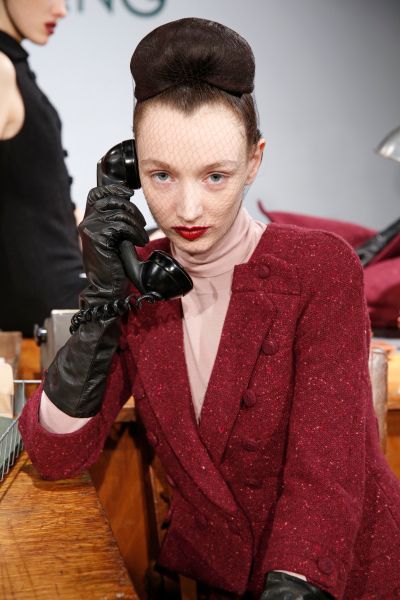 He owns over 30 different bottles and keeps some of them—such as a rare Schiaparelli bottle—in safes around the world. Each bottle has a story behind it.

His grandmother was a costume designer in Hong Kong 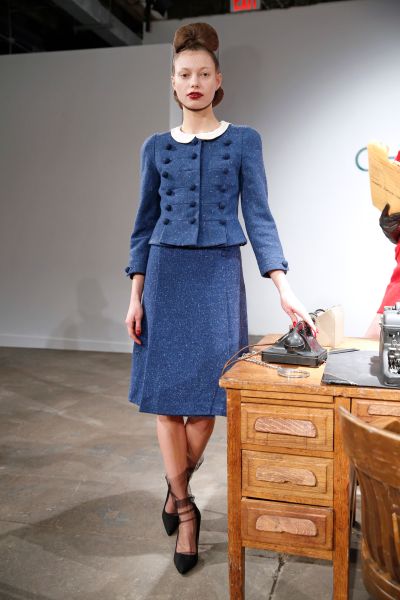 No doubt grandma would approve of this look. Courtesy Chocheng 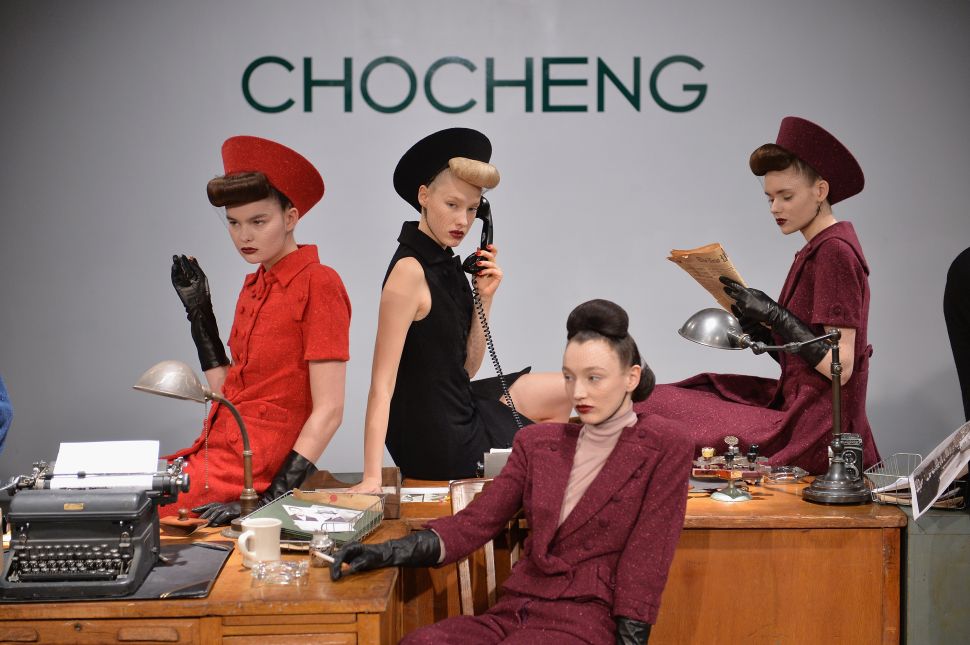