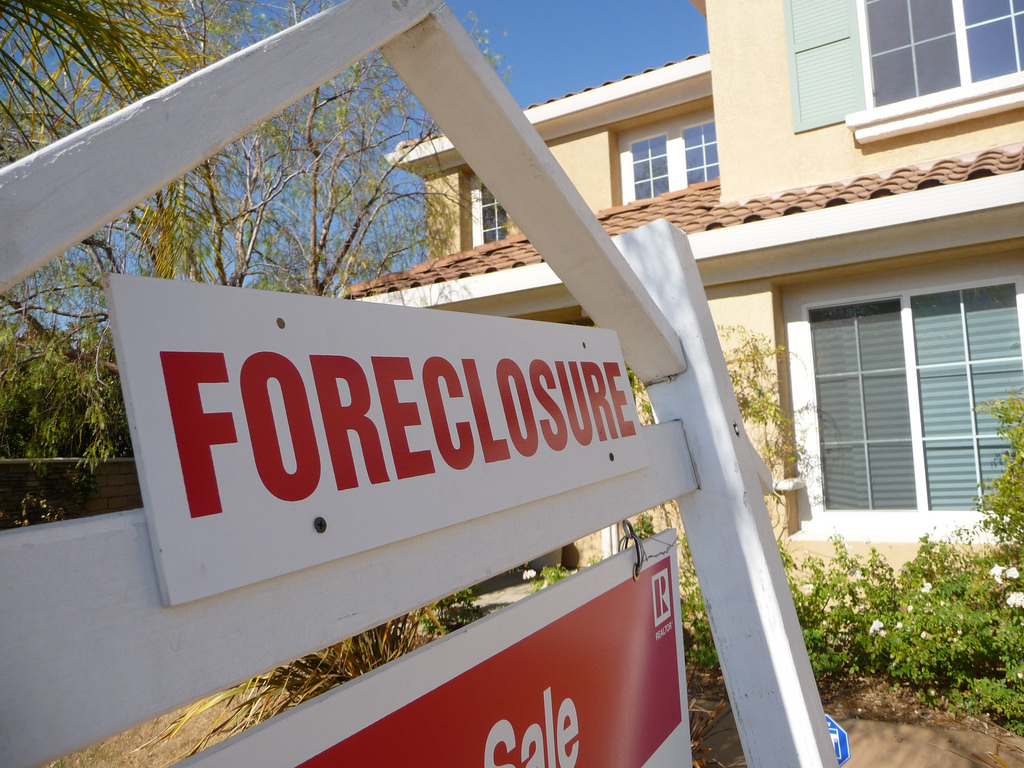 Are you ready today to withstand the fallout from a crashing economy tomorrow? Jeff Turner/Flickr

During the last recession, I bought about $100,000 worth of stocks and the house next door. The stocks have more than doubled and I sold the house last year for a $150,000 profit.

The key to making money in recessions is to make sure your income is both safe and stable. Then all you need is savings so you’ll have money to put to work and the balls to deploy it while everyone else is cowering in a corner.

While the economy has ticked upward since the Great Recession ended in 2009, expansion can’t go on forever.

Are you ready today to withstand the fallout from a crashing economy tomorrow? Or in the next downturn will you wander into a McDonald’s and have to think twice about ordering fries with your burger?

Here are 9 capital ideas to beat the coming recession:

While you’re feeling a little flush is a great time to start socking away some cash. Check your savings balances. Could you live off your savings for six months? A year would be better, advisers say. No savings? Get started:

How much of your regular income goes out as fast as it comes in?

Financial adviser Peter Dunn, known as Pete the Planner, urges you to lower your dependency rate on your regular income. While that advice generally goes toward saving for retirement, it applies to recession survival, too, he says.

If you spend more than you earn, you already know that can’t last.

But if you spend 95 percent of your income on a regular basis, Dunn says, then your dependency rate is 95 percent: 95 cents of every dollar coming into your house is vitally important to your solvency, or so you think.

Writing for his column in the Indianapolis Star, Dunn says:

“Your goal is to decrease your rate over time, even in the face of pay increases. Your diligence toward this issue will not only recession-proof your household, but it will also make retirement much easier. … Do the hard work now, and the stress that comes with a recession might never show up.”

If you get a raise, bank the difference between your current take-home pay and the new amount.

No job is recession-proof.

Always be ready to seek a new job.

Keep your resume up to date even if you’re not job hunting now, talent recruiters advise. You never know when you’ll need to send one out quickly. If you keep it current, you’ll be able to customize it quickly for whatever position you seek.

Be sure to highlight concisely your achievements, job titles and a summary of your skills and goals. Be truthful, don’t ramble and make sure you proofread it so it’s error free. See more tips here.

Don’t wait to network until you’re desperate. Businesspeople will sense that you only come around when you want something, career experts say.

Look for groups or events that align with your goals. Check alumni gatherings, industry meetings or even your house of worship, she said.

“You want to put yourself in front of members of your industry who are (at least theoretically) several rungs above you on the corporate ladder, since these are the people who, if impressed, can help you advance your own career goals,” Zimmerman says. Her tips:

Know what you’re going to say when you’re networking. Prepare and rehearse your “elevator pitch.” You want to deliver such a concise and vivid account of who you are, your experience, what you’re looking for and how you could help your next employer that your talk could be delivered during a 15- to 30-second elevator ride.

Having trouble getting started? Read: “9 Tips for Successful Networking.”

The new marketplace makes it easier than ever to make money on the side. Whether it’s setting yourself up as an Uber driver, starting a dog sitting service or selling goods online, you can find ways to generate extra income.

Money Talks News has done numerous stories on the topic. A recent selection:

For more, search here or elsewhere for “side hustle” or “making extra money.”

Avoid scams, such as any jobs that require you to pay them before they pay you.

You can sock away the money you earn, invest it or pay down debt.

Keeping your debt low and your credit score high will make you more secure and more able to pounce when opportunity knocks, Johnson said.

If you’ve got credit card balances, paying them down now will save you hundreds or thousands in interest payments later, plus the money that would go to paying debt will help you get through a downturn.

Say you owe $10,000 on a credit card with a typical interest rate of 15 percent APR. Paying $200 a month, about the current minimum payment, will cost you $5,791 in interest over five years, according to a CNN Money calculator.

If you need credit restoration help, visit the Money Talks News solutions center. Or see “How to Pay Off $10,000 in Debt Without Breaking a Sweat.”

With money-tracking programs like PowerWallet and similar aggregating apps, you can view all of your accounts in one place — checking, savings, retirement and more. They let you set up budgets and track your spending by category.

The apps show you if you’re spending more than you planned on dining out or gas, for example.

You can see where you want to cut back spending, or where you have a financial cushion, says PowerWallet. You can also set up alerts for bill payments, when your spending strays from your plan, or when discounts become available for items you’ll really use.

When was the last time you adjusted your 401(k) or IRA investments? Do you have too much money in stocks, especially if you’re near retirement?

Too many people did during the last downturn, Johnson warns.

If you’re in individual stocks, experts offer a range of advice, but you have to weigh your own risk and rewards balance.

Keep your eyes on consumer staples. People need to eat, brush their teeth, heat their homes and go to the doctor no matter what the economy is doing.

Check your mix of growth stocks and dividend-payers and think about how the companies might withstand a recession. Dividend payers generally did well during the last recession.

Many fear restaurants already are in a recession.

“Restaurant industry sales tend to be the ‘canary that lays the recessionary egg,’” Stifel analyst Paul Westra wrote in a research report published in July and covered by many financial media outlets.

By the time anyone declares we’re in a recession, we’ll be in one already. That’s one reason it’s good to prepare now.

Although a recession often is described as two consecutive quarters of decline in real gross domestic product (GDP), the broadest measure of economic activity, that’s just one indicator. The federal Bureau of Economic Analysis issues GDP estimates quarterly. An initial GDP estimate comes about a month after the end of a quarter; a deeper analysis, in about two months.

On Aug. 26, the bureau said real gross domestic product increased at an annual rate of 1.1 percent in the second quarter of 2016. That second-quarter estimate was a slight revision downward from its initial glimpse issued in July, which was 1.2 percent. Still, it’s higher than first-quarter growth, which was 0.8 percent.

The official recession caller is a nonprofit, the National Bureau of Economic Research, which uses this definition:

“A recession is a significant decline in economic activity spread across the economy, lasting more than a few months, normally visible in real GDP, real income, employment, industrial production, and wholesale-retail sales.”

Not until Dec. 1, 2008, did the NBER declare what we call the Great Recession actually had begun a year earlier, in December 2007. It didn’t declare until Sept. 20, 2010, that the downturn had ended … 15 months earlier. It hasn’t made any declarations since.

Before a recession becomes official, there are plenty of warning signs. Look for growing jobless rates, rising first-time unemployment claims and termination of temporary-help contracts as signs that businesses are cutting expenses — and witnessing less demand for their goods. Other signs include corporations reporting slow or negative earnings growth, a sudden spike in consumer credit spending (especially for covering things like mortgage payments) and people dipping into CDs or 401 (k)s or IRAs for cash.

More important than watching for signs, though, is simply getting started preparing for a downturn, which is inevitable. What are you doing?

How did you make your first million dollars?
What habit has saved you the largest amount of money?
What are the ten most important things about personal finance that someone without a finance background must know?

Stacy Johnson is a CPA with 25+ experience as years as a financial journalist, owner MoneyTalksNews.com. 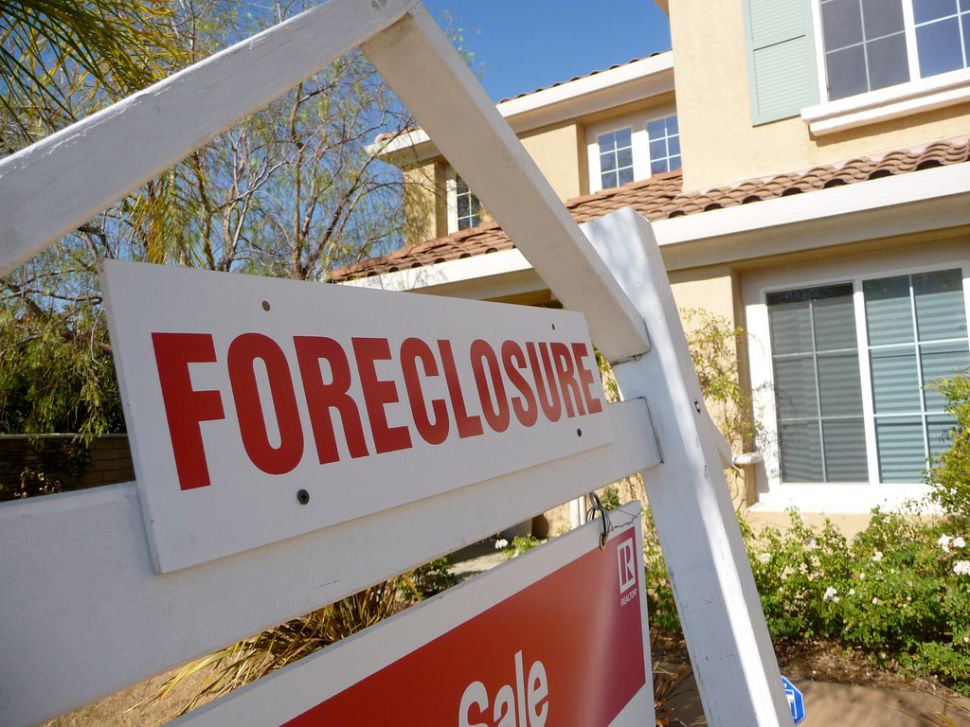