The digital AI future is here, and it’s going to radically change everything about the way we live and work. If that sounds far-fetched, just follow the money: From 2011 to 2015, investments in AI startups skyrocketed from $282 million to $2.4 billion. That’s a 751 percent increase.

Advances in big data technologies combined with inexpensive, massively scalable infrastructure and storage solutions are opening up new applications for AI. The technology helps us perform tasks better and infinitely faster. Eventually, AI will give us the ability to solve some of humanity’s more important and complex problems, such as deadly disease, food shortages, and climate change. It will bring instant and cheaper autonomous transportation on land and air and will most likely even extend human life.

Andrew Ng, chief scientist at Baidu Research, was absolutely correct when he called AI the “new electricity,” poised to transform industry after industry. The time to prepare for this new world is now.

From sci-fi to reality

Tech giants like Google, Apple, Salesforce, and IBM are eager to buy up AI-related companies — nearly 140 have been acquired since 2011. Their efforts have gone a long way toward making AI more prevalent in the consumer market.

Although Apple’s Siri and Amazon’s Alexa are now household names, the applications for the technology extend far beyond turning the lights off in your home or playing your favorite Spotify station.

Just consider the major ways AI is shaking up the transportation ecosystem. Driverless cars promise to decrease emissions and also cut down on automobile-related accidents and deaths. They’ll alter everything about how we move from one place to another.

The changes are already underway: Uber recently announced its acquisition of Geometric Intelligence, an AI research startup, while Tesla Motors has developed Autopilot, a semiautonomous feature that can take over for the driver for long stretches. It’s also preparing its newest models to be fully autonomous.

Businesses of all kinds, no matter the industry, would be wise to take a page from the playbook of Tesla and Uber: Accept the reality of AI and embrace its potential. Organizations that do will be light-years ahead of those that resist.

To stay competitive, organizations need to make decisions and solve problems quickly — sometimes faster than humanly possible. That’s why smart companies are eager to embrace AI. Already Google, Microsoft, IBM, and others have found ways to reliably create AI systems that replicate and outperform humans in a variety of arenas.

When it comes to automatic processes or applying computerized logic, no market is too small. Human-based processing will be simply inefficient when faced with the massive amounts of data we’re acquiring each day. In the past, machines were used in some industries to complete small tasks within a workflow. Now the script is flipped: Machines are doing almost everything, and humans are filling in the gaps. Increasingly, tasks performed by autonomous machines require the types of decision-making ability and contextual knowledge that just a decade ago only human beings possessed.

In the near future, AI-controlled autonomous unconscious systems may replace our current personal human engagements and contributions at work. The possibility of a “jobless future,” or more realistically the spread of the gig economy, might not be so far-fetched.

AI will perhaps have the most exciting effects on the healthcare industry. From robotic “surgeons” to smart informational databases, the possibilities that AI and machine learning open up are mind-boggling.

An ever-growing IoT ecosystem, vast amounts of data, and a ton of possibly life-changing applications mean that AI should continue to drive the evolution of healthcare. The industry’s data collection is predicted to explode from 500 petabytes in 2013 to 25,000 petabytes by 2020.

One major effect the technology will have on healthcare is increased efficiency. An AI program at the Houston Methodist Research Institute in Texas, for instance, reviewed millions of mammograms 30 times faster than humans, and it interpreted diagnostic information with 99 percent accuracy.

AI also will save lives. Companies like Cloud Pharmaceuticals are using the technology to discover new drugs and rapidly bring personalized therapies to market. In addition, IBM’s Watson has proven its ability to diagnose cancer more accurately than humans. According to a University of Tokyo doctor, the AI system successfully detected a rare type of leukemia in a patient after doctors failed to discover the disease.

Advancing humans for an advancing world

Perhaps the most startling capability of AI in healthcare is the approaching overlap between the technology and our own biology. Yes, hybrid humans are on the horizon.

Advances in AI are opening the path for our internal autonomous system to be controlled by embedded chips. These chips, activated by reactions in the brain, will augment vision through virtual reality and improve memory through enhanced storage capabilities.

The ability to embed AI chips in the human brain also gives us a clear path to unlocking the double helix. We’ll be able to write and edit human DNA. We’ll be able to delete birth defects and fix diseases and maladies at their genesis.

To put it simply, recent advances in big data, software, chemistry, biotech, and machine learning would be combined to provide humans additional capabilities that would be directly uploaded to the human brain. What we’ll be able to do when we sync up human biology with the latest technology is a whole new frontier. The possibilities are endless.

Applied AI is a game-changing technology. It will birth entire new industries and completely disrupt the way we do nearly everything. The business models of emerging startups are going to be closely linked to AI, industrialization, and the commoditization of cognition.

In 20 to 30 years, AI will develop into general or collective intelligence. That means all bets are off on how quickly learning occurs, how fast it’s implemented via autonomous enterprises, and the extent to which machines drive the global economy. Of course, we can’t predict the future, but we can do our best to prepare for it. And in the face of an inevitable economic transition, preparation has to start now.

Mark Minevich is the principle founder of Going Global Ventures and venture partner of GVA Capital in Silicon Valley. He is also a senior fellow of the of the U.S. Council on Competitiveness in Washington, D.C., a board member of Comtrade Group, and senior adviser on Global Innovation and Technology of UNOPS. He is a taskforce member of the B20’s Digital Task Force as an expert in digitization, advanced autonomous systems, and the future of AI. Connect with @MMinevich on Twitter. 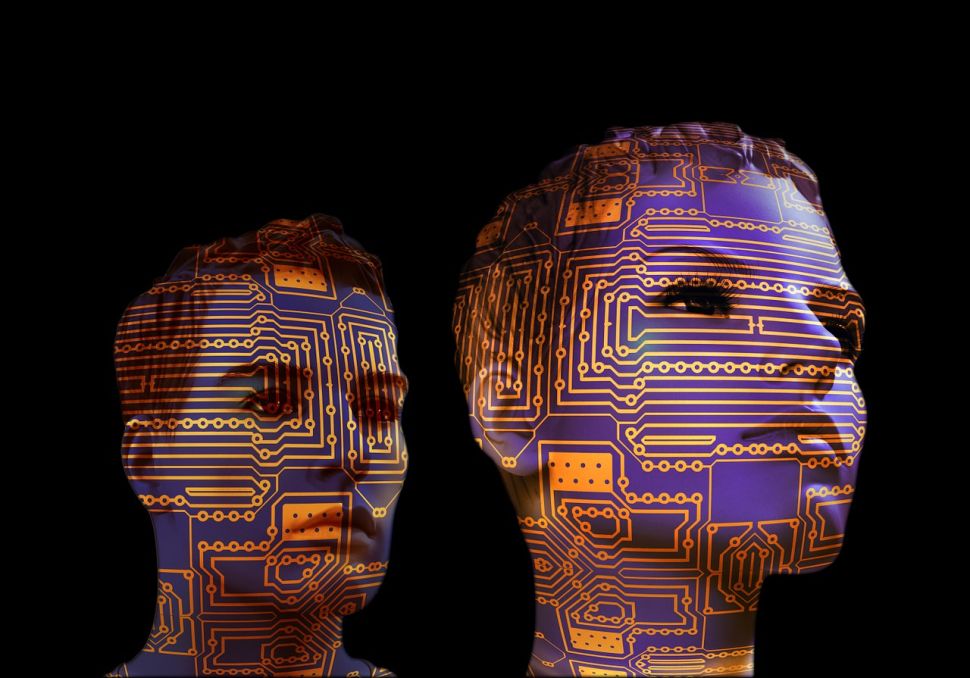