When I tell people I am Norwegian, they look at me like I just lied through my teeth. I don’t blame them. Having been born in Iran to Iranian parents, I’m not the stereotypical Norwegian. I’ve got dark hair, dark eyes, and have a kink in my neck from having spent years looking up at Norwegian classmates who were all over 6 feet tall in junior high. As an academic, most of my study and research is focused on Iran. For 15 years, I’ve written and taught in the most star-studded, department in my field, the Program in Literature at Duke University.

Like every other Norwegian kid, I went to school in the dark all winter long, I skied after school in the dark with my super athletic dad and brother, and I grew up on fish, cabbage and potatoes. I speak Norwegian fluently and can, in fun, take on a few of the dialects that sound less like my upper crust Oslo west-side accent. I uphold the Norwegian dictum that my extreme privilege comes with responsibilities to the world at large. As a result of the nation’s far-reaching sense of responsibility to a traumatized humanity, I was employed as an interpreter for the border police when masses of refugees and asylum seekers from Iran and Afghanistan were being admitted to Norway in the 1980s and 90s. Their stories shattered and re-formed me against the backdrop of a naïve sense of the world, a naïvité that I held on to well into my teens. My Norwegian passport has long allowed me to travel freely to almost every corner of the world.

The former Norwegian Prime Minister, Kjell Magne Bondevik, also has a Norwegian passport and, like me, he has had good reasons to travel to Iran. I just read in the paper that Bondevik, who came to the US this week to attend the National Prayer Breakfast at the Washington Hilton, was held up at Dulles airport because of his 2014 visit to Iran where he spoke at a Human Rights conference. Unlike most of us affected by the immigration “ban,” now lifted at least temporarily by a federal judge in Seattle, Bondevik has a diplomatic passport that reflects that he was a two-time prime minister. And even he was held up for an hour for vetting at Dulles.

Norwegians everywhere, all 5 million of us, don’t know whether to laugh or to cry. Given our country’s recent history and collective efforts vis-à-vis an aching world, we can’t fathom how any of this could happen.

The thing is, that this so-called ban on immigrants from seven Muslim majority countries, isn’t only a measure that helps keep “bad people” out. It is an executive order that keeps a bunch of really smart, exceptionally talented and much-needed members of the professional and labor classes grounded. They may be in Europe, in Asia, even in the United States. Wherever they happen to be right now, they just have to stay: no family visits, no return to work after vacation, no conference travel. Because even if you are in the States and you leave, there’s no guarantee that you can come back, that the temporary ban won’t become permanent or that the temporary injunction won’t be lifted.

We all realize that it’s supposed to be only a temporary ban—some say it’s 90 days, others 120. But people like me—professors, researchers, doctoral students, undergraduates, journalists, artists, computer programmers and builders, diplomats, doctors, and other professionals who may actually only have a 3 month window to get a project done, a final semester completed, a dissertation defended, a conference paper delivered, an international crisis negotiated, a medical emergency salvaged…

The two-time academy award nominee and Oscar winner, Asghar Farahadi, who has been nominated for the hauntingly brilliant Iranian film A Salesman can’t come to the States to participate in the Oscar ceremonies at the end of this month, because in addition to the risks associated with the ban, there are now retaliatory measures in place on the Iranian side. His film references, in part, Arthur Miller’s Death of A Salesman. Miller’s play is, of course, about the American Dream. And for many hard-working, tax-paying, law-abiding, visionary immigrants on J and H visas and green cards, who are now either locked out of the country or locked in, this dream has many versions.

I have a colleague in Toronto who was born in Syria and moved to Canada some 30 years ago to establish a better life for his family. He risked everything; left a world behind for a vision, a dream. Today, he is an author and a public speaker. He has extensive consulting experience with businesses, national governments, and international organizations such as the World Bank, the United Nations and UNESCO. His contribution to the American dream is his bi-weekly trip to the U.S. to teach American university students. This is something he has been doing for years. He is amazing at it. Like many other professionals who were born in Iraq, Syria, Iran, Sudan, Libya, Somalia and Yemen or who have traveled to those countries for work or pleasure, he’ll have to sit it out this semester.

At Duke, I have students who have been away doing research. They can’t return to the U.S. to defend their theses. And any extension on their time right now means paying university fees as if they were enrolled in a program of study at Duke. I keep wondering who has $10,000 just sitting around in a bank account to deal with a national state of emergency like the one we are in?

The work I do takes me all over the world for academic conferences, film festivals and research collaborations with colleagues. But even though I’m on a paid sabbatical to continue working on my research, a rare academic privilege that happens only every 7 years at Duke, I can’t go anywhere: not to the BP archives at Warwick University in England to continue the work that I have started on petrocultures and film, not to Norway to sit on a festival panel on film and censorship in the northern city of Tromsø, and not to Spain to be with my dad, that 80-year-old sports fiend, who just recently got hit by an 18- wheeler while biking near his home after work. Going anywhere for work or family means not knowing I can come back to pursue my dreams or to serve my profession doing what I adore more than anything in the world.

In this country, tens of thousands of people are daily sacrificing their livelihood and time with their families to bring attention to the consequences of the stroke of a pen in the highest office in the United State. Over the weekend, roughly 1,000 bodegas in New York were shuttered by Yemeni workers and business owners who gathered outside Borough Hall to protest. I can’t fathom how any of them could afford that.

Let’s put aside the fact that you couldn’t get to your aging parents if an emergency arose or have your family visit when you were ill: How would you fare if you couldn’t pursue your most vibrant passions and professional collaborations? How would you feel if you couldn’t make good on your responsibilities to the world and the commitments you have made to your fellow humans? Where would you be without your dreams and your vision? Who would you be?

Put yourself in our shoes, in any of our shoes. Where would you be standing right now?

Negar Mottahedeh is a professor of film and media studies in the Program in Literature at Duke University. 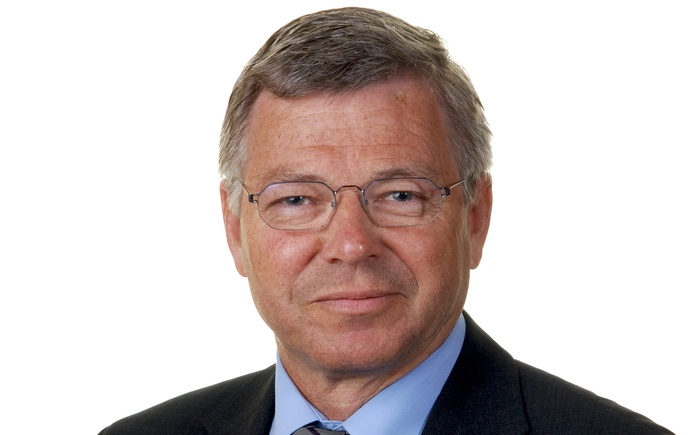