On February 1, Breitbart technology editor and right-wing provocateur Milo Yiannopoulos was scheduled to speak at the University of California-Berkeley. Students at the university protested his speech, and radicals—many of whom may not have been students—turned violent.

Yiannopoulos’ speech was canceled for safety concerns, as demonstrators threw rocks and fireworks at the building where the speech was set to take place. What began as a speech to 500 students expanded to thousands as the media (including this writer) wrote countless articles about the riots and Yiannopoulos.

If the Left wanted to shut Yiannopoulos down, they failed by behaving in such a manner that raised his profile. Who knows how many people wondered who this person was who caused such a backlash, and how many of those people then found at least some of what Yiannopoulos says to be acceptable?

In a follow-up article on the riots, Washington Post columnist Steven Petrow spoke to a lawyer for the American Civil Liberties Union, Lee Rowland. Rowland told Petrow that she finds much of Yiannopoulos’ speech to be “absolutely hateful an despicable—but those adjectives don’t remove his speech from the Constitution’s protection.”

Rowland tweeted the article with her quote on Friday. ACLU’s own Twitter account tweeted as well. This, naturally, outraged the Left, with many responses to the tweet focusing on Yiannopoulos’ past comments and how he shouldn’t have a platform.

Eric Boehlert of the left-wing Media Matters website quoted the ACLU’s tweet, adding another wrinkle to the organization’s alleged faults. “One wk after came ACLU [sic] out in support of GOP overturning Obama rule to keep mentally ill ftom [sic] getting guns—too late to get donations back?”

The ACLU shot back, telling Boehlert it “defend[s] everyone’s rights, even when it’s not popular.”

Boehlert was referring to a recent action by House Republicans to overturn an Obama-era regulation that kept some with disabilities from owning firearms. While the mainstream media naturally went apoplectic, declaring that Republicans were removing gun-control protections and limiting background checks for people with “severe mental illnesses,” the reality of the measure is that it classified a large group of the mentally disabled as violent. The ACLU, and other groups advocating for the rights of the disabled, opposed the measure.

The ACLU even wrote a letter to Congress supporting the move by Republicans. The original rule required those who use a representative payee to help them manage their Social Security Disability Insurance to have their names submitted to the National Instant Criminal Background Check System.

“We oppose this rule because it advances and reinforces the harmful stereotype that people with mental disabilities, a vast and diverse group of citizens, are violent,” the ACLU wrote. “There is no data to support a connection between the need for a representative payee to manage one’s Social Security disability benefits and a propensity toward gun violence.”

The ACLU added: “Here, the rule automatically conflates one disability-related characteristic, that is, difficulty managing money, with the inability to safely possess a firearm.”

But because the rule had to do with gun control, the Left suddenly became bigoted toward those with disabilities, conflating mental disability with violence.

To be clear, the ACLU isn’t an organization friendly to activists of gun rights. The organization’s stated belief on the Second Amendment is that it “protects a collective right [a well regulated militia] rather than an individual right.”

The only other time the ACLU comes close to supporting individual gun rights is when opposing the “no fly” list. The list, according to the ACLU, denies due process to those on it, and the majority of those who would be included are Muslims. When Democrats try to keep those on any of the “no fly” lists from getting guns, the ACLU is cited because, again, those on the list receive no due process.

Yet still the Left gets angry. The ACLU almost always holds positions that coincide with the Left’s views, so when it doesn’t—as in the case of Yiannopoulos’ speech or gun control measures—the Left criticizes and even suggests rescinding donations.

The ACLU is a great ally, until they’re not, apparently. 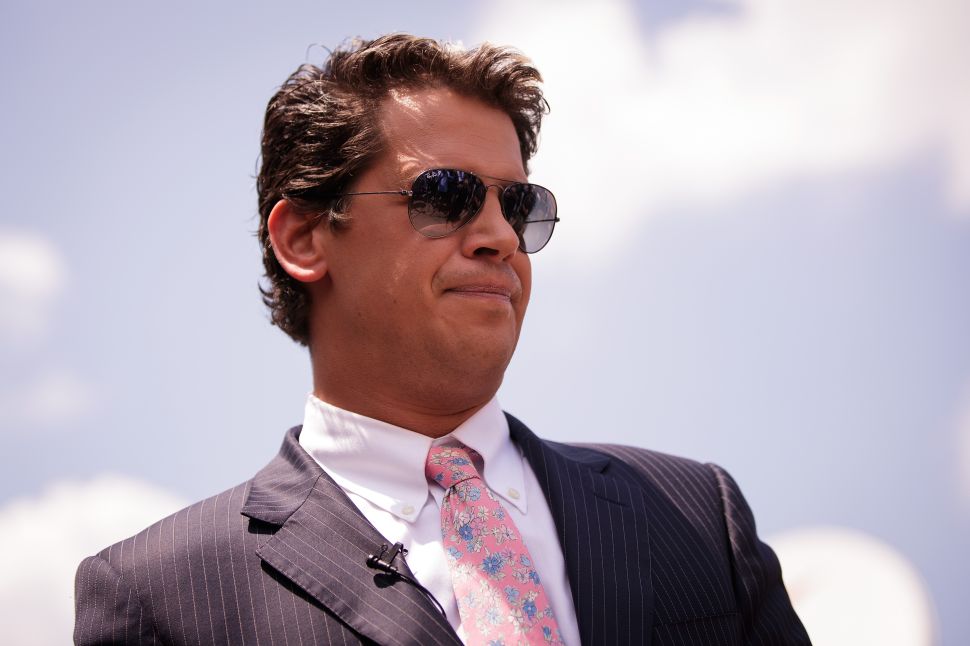