Senate President Steve Sweeney and Senate Majority Leader Loretta Weinberg weighed in after the governor’s speech, with Sweeney describing himself and the rest of Democratic leadership as not being “not ready to condemn or criticize” the governor’s call to hash out a compromise on revising the school funding formula within 100 days.

“The formula is something we would base fixes on, but there’s nothing wrong with the formula,” Sweeney said. Asked about the governor’s insistence in his speech that he will strike out on his own and pursue a more aggressive course if the Democratic majorities in the Senate and Assembly don’t agree to a compromise, Sweeney said that while Christie remains one of the most powerful governors in the country, “I don’t know what he can do to it without us.”

Weinberg took the opportunity to criticize Christie’s legacy as the state’s economic steward since the beginning of the recovery from the recession of 2008. While the governor boasted of unemployment diving under his tenure, New Jersey still lags behind much of the rest of the country in economic growth.

“He’s really been hanging out with Donald Trump too much,” she said. “”His picture of what he painted is not the reality that I deal with on a daily basis with constituents I represent.”

Meanwhile, predicted gubernatorial frontrunner Phil Murphy and his progressive primary opponent John Wisniewski criticized the governor for what they also described as a misleading portrayal of the state’s economic outlook. The state has suffered a record seven credit downgrades since he took office, largely because of its underfunded pension system.

“Just as his first one did, Christie’s last budget continues to squeeze our middle class, dig our fiscal hole deeper, ignore the next generation, and make New Jersey less fair and less just. It makes no safeguards in the face of Donald Trump’s cuts to environmental protection or his efforts to dismantle health care,” Murphy wrote in a statement.

“Whether it’s underfunded pensions, underfunded transit, underfunded schools, or his record ten credit downgrades, Gov. Christie is nothing but an underperformer whose greatest accomplishment will be his ability to tie up traffic,” wrote Wisniewski.

“The only failure of the School Funding Reform Act (SFRA) is Chris Christie’s absolute refusal to fund it,” he added of Christie’s call for a new agreement on school funding. 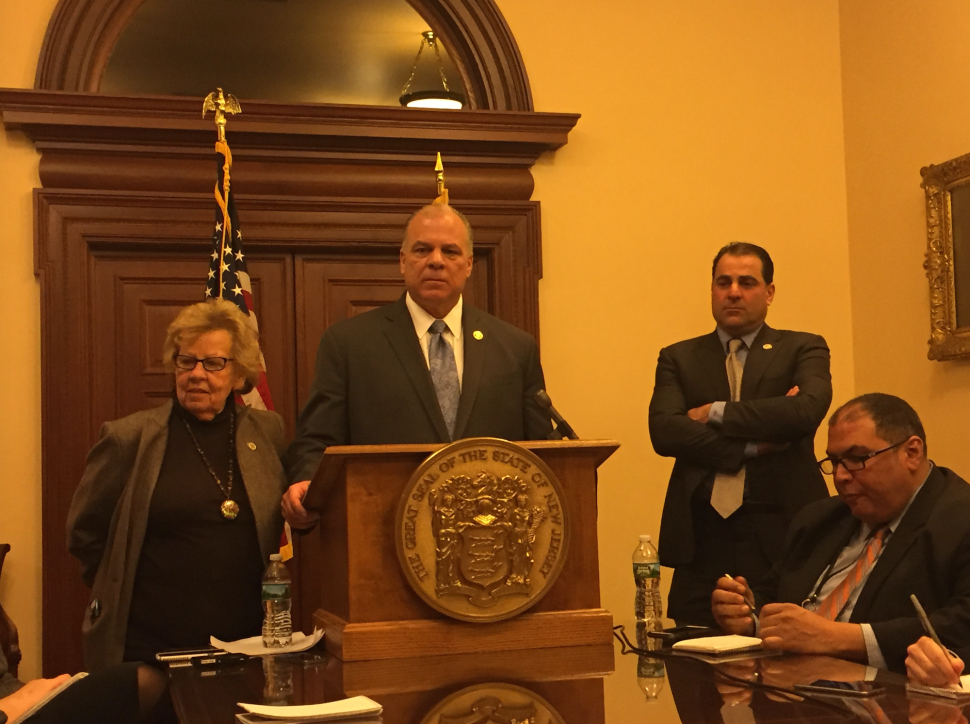