PATTON! Yes, everyone’s favorite comedian/nerd/all-around nice guy is back! After being absent from season three, Patton Oswalt finally graces our screens and returns as the Koenig brothers for the episode “Hot Potato Soup.” When we first saw him (or them), we were introduced to Agent Eric Koenig, a S.H.I.E.L.D. agent who Nick Fury trusted with his greatest secrets. Grant Ward killed him in the season one finale but we did meet Eric’s twin brother, Billy. The third brother, Sam made his debut in season 2 sparking rumors that Koenig triplets were actually Life Model Decoys (nudge nudge the title of this arc is LMD nudge nudge). A joke had been made that there were actually 13 of them but we never really got any more confirmation. But finally, he is back and we will finally get the answers we deserve (Spoiler: We don’t)!

Just adding fuel to the conspiracy, the episode starts off with a couple of Koenigs moving around robotically spitting out various sci-fi movie lines but they are actually just goofing around on hoverboards at an arcade. These are Billy and Sam Koenig, both who we have met already. Some Russian (?) agents show up (probably Russian given the current political climate) and they end up trying to abduct one of the Koenigs. Clearly, they weren’t briefed that there are multiples. Patton gets to have some fun jumping over bars and exchanging gunfire with the evil (most likely evil) (most likely Russian) (not that I’m insinuating that Russians are always evil, but you can blame Hollywood). But the Russian agents (along with the Watchdogs that popped out of nowhere) do take Billy forcing Sam to put out a call to Agent Coulson.

So some connection building here: Coulson gave Billy the Darkhold (he was the agent he meant when he said “he knew someone who can make things disappear”). Radcliffe wants the Darkhold. Radcliffe can’t get it by himself now that S.H.I.E.L.D. knows he’s behind the LMD fiasco so he gets support and protection from Senator Nadeer. Nadeer is working with the Watchdogs to fund their Inhuman witch hunt. And the Russians will fit into all of this soon I promise. So Sam is now working with S.H.I.E.L.D. to get back Billy so they can keep the Darkhold safe from Radcliffe and Nadeer. Phew. Also to address the robotic elephant in the room, Fitz, Simmons and Mack are still investigating Robo Radcliffe. Fitz patched him up from the gunshot wound from the last episode and is trying to break his coding but it is proving too difficult. At one point while trying to figure it out he accidently causes Robo Radcliffe to start screaming demonic tongues, which can’t be good. Robo Radcliffe also keeps bringing up Fitz’s father, a man we don’t know anything about but going by how much it agitates Fitz, he can’t be good either.

Meanwhile, Billy Koenig is in a submarine. I will say the best thing about the twins is that we get Patton in every storyline. But Billy is dragged into a room where what do you know, Holden Radcliffe just also happens to be tied up. He says Nadeer betrayed him once he told her where to find the Darkhold but honestly, Radcliffe has lied too many times for us to really take this seriously. The main Watchdog says that someone is coming in to break Koenig into talking and although they never explicitly say (like at all, in any part of this episode), we are to assume this person is “The Superior” (played by Zach McGowan). He isn’t anything very spectacular. Just a very muscular Russian man that drinks vodka and talks about the way things used to be with an emphasis on machines and people. He claims he’s built himself into the perfect man and it’s like dude, settle down. He mentions his hate for the Inhumans because they were given power without earning it and says his plan is to take out the Inhumans and “the thing that brought them upon us.” Mysterious. Also, there’s the connection between Nadeer, the Watchdogs and the Russians: they all hate the Inhumans. The Superior is about to take some broken glass to Koenig’s eye before Radcliffe stands up (surprise still lying) and says that he was promised no irreversible damage would be done to anyone. Instead, Radcliffe wants to use his machine to get inside Billy’s mind and find out where the Darkhold is through his memories. Sure why not.

The agents are still trying to identify the Russians that attacked the Koenigs in hopes they can figure out where Billy could be and we are treated to a delightful scene between Sam Koenig and Daisy. Basically Sam is fanboying all over Daisy. He won’t stop calling her Quake, he talks about the fan fiction about her that’s out there on the internet and even that people are shipping her and Black Widow together and their couple name is Quack. It’s perfect and a lot of fun.

So both the agents and Radcliffe figure out that Billy gave the Darkhold to Sam and there’s a little “Who’s On First” scene that happens and Billy reveals he gave the Darkhold to L.T., another Koenig sibling. In fact, they were the first Koenig in S.H.I.E.L.D. They all pack up and go to a club where we are treated to the blazer-wearing, faux hawk having, truther slam poet, conspiracy theories of Thorsten (Thursten? Thirsten? Thirsting?) Koenig. And L.T. Koenig is actually their sister played by Artemis from It’s Always Sunny if you watch that (Artemis Pebdani). Also, Robo May and Coulson almost kiss in a car. It’s only a side not cause they ALMOST did. It would be front and center if they actually kissed. So L.T. gave the Darkhold back to Billy and we are back to square one. But they know Billy put the Darkhold in the “Labyrinth,” a secure facility only the Koenigs know how to get to but unfortunately Radcliffe knows how to as well thanks to his memory machine. But on the bright side, the agents found out who The Superior is! Anton Ivanov and according to Google, there has never been a reference of that name in the comics. But Anton still wants to torture Billy to make sure the info is correct only to anger Radcliffe and Aida WHO PUNCHES A HOLE THROUGH A GUY. Crazy right? But yeah, everyone is on their way to the Labyrinth.

Back on the ship, Mack asks Simmons about Fitz’s dad and it’s revealed he left Fitz when he was 10 and since then, Fitz has never bothered to look for him. Jemma tries to comfort Fitz but he has an emotional moment where he mentions how everyone he’s looked up to has betrayed him: His dad, Grant Ward, and now Radcliffe. He blames himself but Jemma says that those people made Fitz into the man she loves and that’s the support Fitz apparently needed because something clicks and he realizes why the code is so hard to figure out. He goes up to Robo Radcliffe and cracks open his head to find a digital brain. Aida and the Darkhold had made them and as Robo Radcliffe explains this, he slips up and mentions brains as in plural and Jemma makes the connection that May is the other LMD.

The agents arrive at the Labyrinth and while Billy goes off to retrieve the Darkhold ROBO MAY AND COULSON KISS! See it did happen. Billy comes back and says the Russian agents are there too and quickly passes the Darkhold to Robo May. This is when we get to see if Robo May can break from her programing. Coulson asks for the Darkhold but Robo May turns her gun on him and this is when Coulson realizes she is an LMD. Before Robo May can shoot Coulson, Daisy comes in and pulses her into a wall. The Watchdogs have Billy Koenig at gunpoint and Sam Koenig tells them that he has never seen that man before in his life, which might be the funniest line in a S.H.I.E.L.D. episode ever. Why can’t we have Patton in every episode? Coulson hands over the bag with the Darkhold in it and before the Watchdogs can pick it up, Daisy pulses it out of the way and a fight breaks out. Billy grabs the Darkhold and runs away only to find Robo May on the ground. Assuming she is normal May, he rushes to her help and she knocks him out. She still can’t walk after the Quake attack but Radcliffe shows up to grab the Darkhold and leave her there. Side note: They are in a library, why didn’t Coulson just switch the books and give the Watchdogs the bag with a different book in it? I shouldn’t have to be the logical one.

So the agents burn the body of Robo Radcliffe, keep the body of Robo May until they find the real May, and we still don’t know what is up with the Koenigs. L.T. made a joke about a clone army and they are apart of the original LMD program but they all just laugh when asked if they are robots. Guess we’ll never know. But the episode does end with The Superior explaining his plan to Radcliffe and what he meant about that comment “the thing that brought them upon us.” He believes the thing at the center of every alien encounter and incident, and therefore the thing responsible is Agent Coulson himself. That can’t be good. Until next time, True Believers! 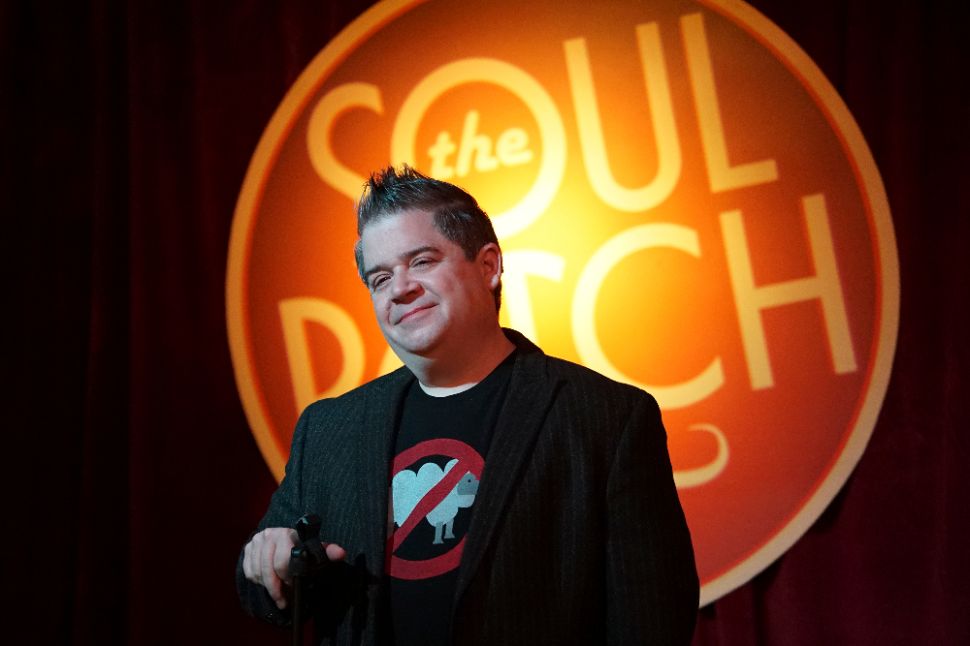