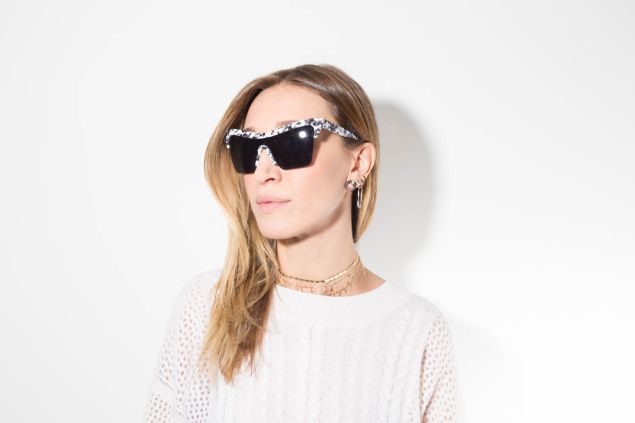 “I guess my entire family is obsessed with sunglasses,” said Alana Hadid. If you’ve ever glanced at a paparazzi picture of her little sisters, Bella and Gigi, you probably already knew that. The whole family is frequently snapped in frames of all shapes, sizes and colors, but it looks like they are not the optical experts of the family. That honor is reserved for Alana, their older sister who is also known as a stylist and designer.

With over 100 pairs of frames in her personal collection, ranging from vintage to of-the-moment styles, this Hadid sister is turning her obsession into a profession with a new business: Hadid Eyewear. The line launched yesterday with six frame styles, each of which comes in two cool girl-approved color ways. According to Hadid, there are more styles on the way in March. 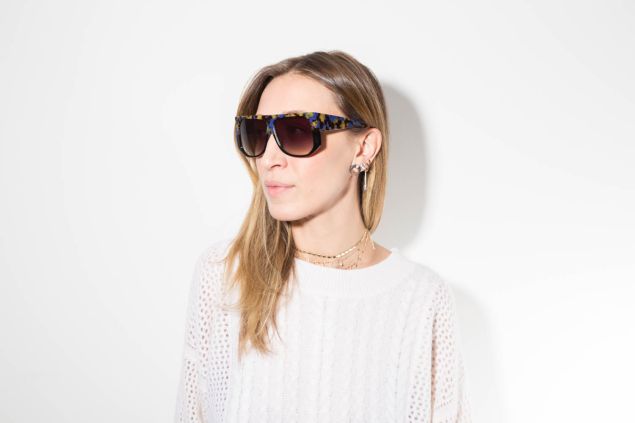 These Frequent Flyer frames are perfect for hiding tired eyes that have endured a long flight…or a hangover. Kaitlyn Flannagan for Observer

Current, the range includes a rectangular oversized acetate style, called the Frequent Flyer, which Hadid thinks is “good for a hangover day.” The Mile High mixes tortoiseshell with metal details, including a side cage and the a feminine cat eye shape is called Jet Setter. Each frame comes with a travel-oriented name, a theme that the jet setting Hadid family can related to.

“I wanted something that we all identified with and we all travel a lot, so I thought it would be apropos to name it after that,” Hadid explained to the Observer.

In fact, this business venture is a total family affair, as the Hadid patriarch, Mohamed Hadid is a partner in the project. He also happens to be a fellow glasses aficionado; his Instagram pictures often depict the real estate developer rocking shades of all sorts. Gigi and Bella will probably be wearing these sunglasses very soon. 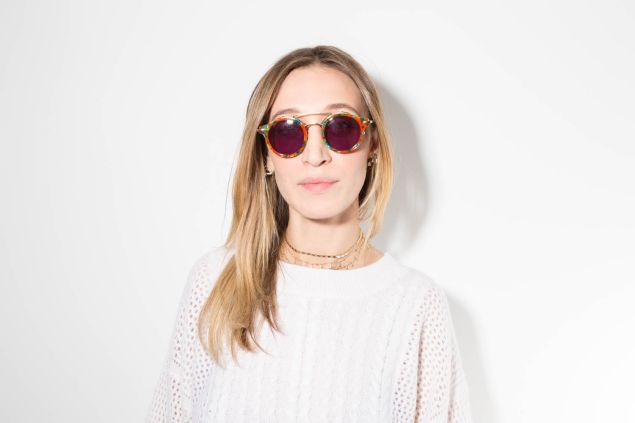 “I have to get some pairs while I’m in New York to Gigi, Bella and Anwar, but I think they’ve seen them through the process and they were like ‘oh I love those,'” Hadid explained. But Hadid Eyewear plans on being more than just an “it” girl approved company; there’s a philanthropic component, too. Five percent of the proceeds from each pair sold will benefit The Vision of Children Foundation. The non-profit was founded by Sam and Vivian Hardage in 1991, after their son was diagnosed with ocular albinism type 1, a genetic eye disorder that is both untreatable and incurable. Funds donated to VOC benefit scientific research, but also the family members of children affected by visual disorders.

“If you have a voice, you should use it for something good,” Hadid pointed out. “I thought [VOC]’s story was pretty amazing and we wanted to be able to give them something back.” 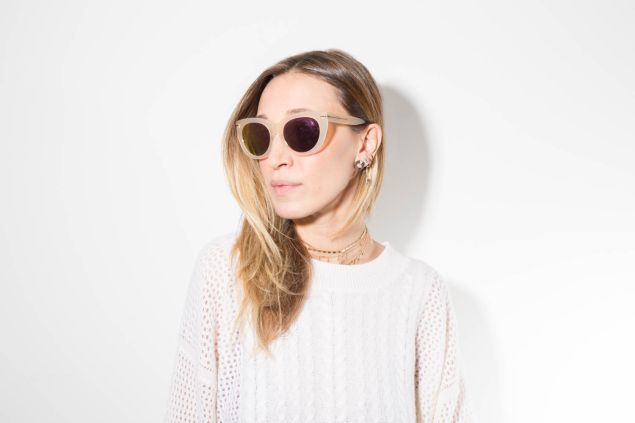 Hadid Eyewear is good from every angle. Kaitlyn Flannagan for Observer

As if you needed another reason to invest in a pair of Hadid Eyewear, consider that their price are pretty accessible, ranging from $149 to $169. If Bella and Gigi will have one of each pair, why shouldn’t you?