When Jeopardy! trends on social media, it’s usually because one of the game show’s contestants did something stupid. But since last night, host Alex Trebek has been the talk of Twitter because of his rap skills—or lack thereof.

Not surprisingly, the audio of Trebek spitting rhymes spread quickly online, which meant that remixes soon followed. Some creative Twitter users edited Trebek’s “raps” so they synced with the songs he was quoting:

I took Alex Trebek rapping on Jeopardy and did the only thing that felt right: Edit it to the music he was quoting. (🎥: @KennyDucey) pic.twitter.com/Tg8mxONBAj

Now that we know that Trebek’s got bars, could a mixtape be far behind? 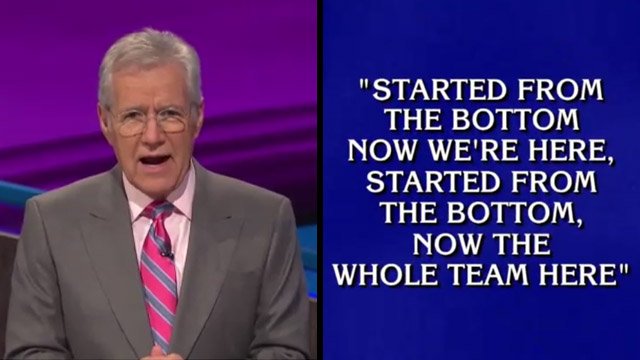