Twitter could be missing out on a huge area of potential growth: users who would use the service to follow people but who don’t want to create an account.

Twitter might have a lot more eyeballs on its mobile app if it didn’t require everyone who uses it to have a login. There could be a ton of potential viewers out there who never want to tweet, retweet or like anything and who find the idea of letting Taylor Swift know that they are following along mortifying (even though they might really want to follow along).

The irony of Twitter is that it is the most open social network but falls just short of really embracing anonymous use. I don’t need to log in to look at the Twitter stream of the Observer, for example. The overwhelming majority of accounts are public, so everything they tweet is viewable by anyone without registering. What I can’t do without logging in, however, is create a curated stream of the Observer and all its regular writers, like I might like to. Who wouldn’t? (That list exists, by the way, but non-users are stuck only with the lists that active users make)

With the president so actively using Twitter, joining the service should start to look tempting in communities that never considered doing so before, but growth still hasn’t been that impressive. My guess: they like the idea of reading tweets but not of tweeting.

Whatever you think of our new president, his fans are fervent. Lots of them joined the service during the election in order to engage in the online conversation about how to #MAGA, but as a person who came from a state that backed the president, I feel confident saying this: there are a lot more people who would enjoy following President Donald Trump’s two Twitter accounts and those of his team, but they don’t want to say anything back.

Yes, a person can join and nothing forces them to tweet, but I think the constant nudge to say something turns off some folks. Plus, making an account creates a lot of friction that the company isn’t properly considering. First and most obviously, people don’t like setting up accounts. Second, in an increasingly privacy-conscious world, many people don’t want to create a record of who they pay attention to online. Maybe you want to follow Trump’s cabinet and all the best Harry Potter fan sites as well, but you don’t want a list of followers associated with an email address that documents that. Three, it must be depressing for some to log in every day and see that they only have 52 followers when some blowhard they golf with has over 1,000.

It would be so easy to liberate more reticent internet users from any pressure to grow their following. Let them curate a list to follow without any account at all.

I have come to enjoy Twitter, and I’d like to see the company succeed because I don’t want it to get acquired by Facebook or Google or any of the other more successful Silicon Valley giants. Whatever happens, I’ll probably be on Twitter till the lights go out, but after reading about Twitter’s latest fumbled quarter, I got to thinking about the service and this idea of the potential growth from anonymous users hit me. So this is just my take, but if I ran Twitter right now, here’s what I would do.

I would create a new kind of user. I’d call that user a “reader.” This is the heart of my modest proposal.

When a person went to the Twitter website for the first time or opened that Twitter mobile app (the one that comes pre-loaded on so many cell phones), the site would ask them: “Do you want to join the conversation or follow along?”

If they wanted to join the conversation, we’d set them up with an account, the same way it works for everyone now.

If they just wanted to follow along, though, we’d skip creating a user name and everything that goes with it. Your phone or your computer would effectively become the “user,” the identity that Twitter would use to authenticate. From there, you could follow any public account you wanted and create a feed just like any Twitter user can, but your account would not be able to engage.

That sounds awful to me, but I know a lot of people who don’t feel that way at all. They never want to tweet. For them, it would be a relief not to see that little box asking “What’s happening?”

In fact, I’d take this a few steps further to make cultivating a list even easier. I’d design a short onboarding interview about a reader’s interests. Do they like movies? Sports? Politics? Do they identify as conservative or liberal? What decade was your favorite year for music? Are you mainly here for news? Want some funny tweets? And so on.

Once they’d completed this quick survey, we’d automatically create their initial feed for them: 140 of the best accounts, based on what they told us.

Then, we’d have stacks and stacks of really specific lists, each with 140 accounts. Readers could add everyone on each list to their feed with just one click. The intro lists would have really clear names, such as: “Down to Earth Scientists,” “90s Rock Superstars,” “Twitter’s Funniest” or “Silicon Valley Unicorns.” These lists could also be a powerful tool for cutting through the filter bubble. For example, I’d make a “Liberal Politics” list with 127 of the best progressive accounts, but I’d throw in the 13 super conservative accounts that I (as the CEO of Twitter) know that the people on the rest of the list pay the most attention to.

But I’d also create an all new feature, just for readers. I’d call it the “Re-follow.” Here’s how it would work: Imagine you really loved Rolling Stone writer Matt Taibbi. You might think, “Not only do I want to follow this guy, but I want to follow everyone he follows, so I can see the world like he does.” With one click, you could “re-follow” all the accounts that Taibbi follows.

This kind of a feature would be abused by regular Twitter users, the kind that are trying to build their own followings. Aggressive following is one of the ways that people on Twitter spam each other to grow their own audience. If Bill follows Linda, Linda gets a notice that Bill followed her. Mostly, this is nice, but certain power users are constantly getting followed, unfollowed and refollowed again and again by the worst Bills, because they hope that Linda will see his follow and follow back. At a certain point, it stops being nice and it becomes abusive. So Twitter makes users today follow one by one and it doesn’t let people follow more than 1,000 accounts per day.

But there’s no reason to be so cautious with readers. Readers won’t have handles and they won’t have followings. Readers would be anonymous. In my mind, active users would just get a notice each day that said they added, say, 21 new readers that day. You wouldn’t know who they were or anything about them, but you would know that your reach had extended a little further. This anonymity would appeal to a lot of people. It’s a win for existing users because their messages go further, and it’s a win for Twitter because it’s getting more eyes on its product, more people to serve ads to and more information about lurkers.

Obviously, any time a person wanted to move from anonymous reading to active engagement, this would be easy to do. It would also be a small engineering trick for a user to move the feed they’d curated from one device to another (maybe just a QR code). In fact, it might even create a new category of evangelist for the company. Imagine the politically active Twitter reader who lets his friends just copy the list he or she has put together in order to help them get started using it the same way.

But why would Twitter want to do this? It wants active users, right? (Twitter, by the way, did not reply to a request for comment for this story—in the past the company has indicated that it does not comment on products that may or may not be under development)

There’s no question that active users are more valuable, but readers would not be worthless. Twitter would still be able to use metadata and the list of which accounts they follow to create a decent profile of readers for ad targeting. Yet the company would create a category of users that respected their desire to glean information without tying their name to it.

No doubt Twitter already has a decent number of anonymous users, but the service doesn’t make it easy enough. No doubt it serves them ads, but the targeting is blunt at best. Honestly, considering how open Twitter has always been, it’s surprising that the company hasn’t already created a truly anonymous way to follow along.

Twitter is trying its best to grow users. For example, it’s good that the company is combating trolls. There’s no question that the tone of the conversation on Twitter keeps some people away, such as Lindy West, who very publicly quit the service early this year. But I submit that there’s another group of potential users out there that Jack Dorsey and his crew are not even thinking about: the people who don’t want to converse at all. 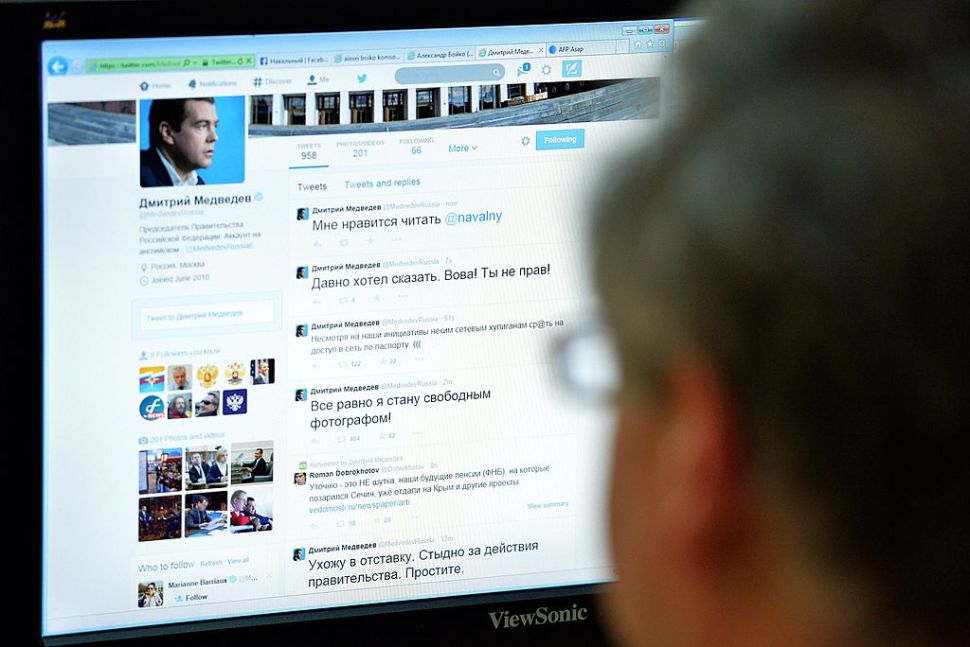