Released in 2000, At The Drive In’s last record Relationship of Command was a hardcore revelation. The mix of Nine Inch Nails and Rage Against the Machine influenced industrial rock with hardcore and punk influences of the ’90s and created a pre 9/11 album that was ahed of its time.

Now, At The Drive In have announced their first album since Relationship of Command. Entitled in•ter a•li•a, it will be released on May 5th via Rise Records. A new single and accompanying lyric video have been released for the song “Incurably Innocent,” which is the second track we’ve heard off in•ter a•li•a, following “Governed by Contagions” which slipped in at the end of last year.

In a press release, frontman Cedric Bixler-Zavala described “Incurably Innocent” as “a song about sexual abuse and being able to finally speak out.”

Both new tracks sound like At The Drive In has not skipped a beat, despite being absent for nearly two decades.

The band also released an expanded list of tour dates for their summer tour with fellow Punk rockers Le Butcherettes.

Check out the track listing below:

No Wolf Like The Present
Continuum
Tilting at the Univendor
Governed by Contagions
Pendulum in a Peasant Dress
Incurably Innocent
Call Broken Arrow
Holtzclaw
Torrentially Cutshaw
Ghost-Tape No.9
Hostage Stamps 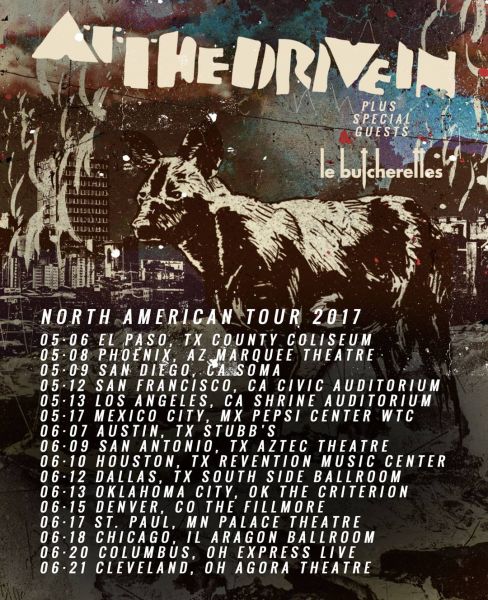 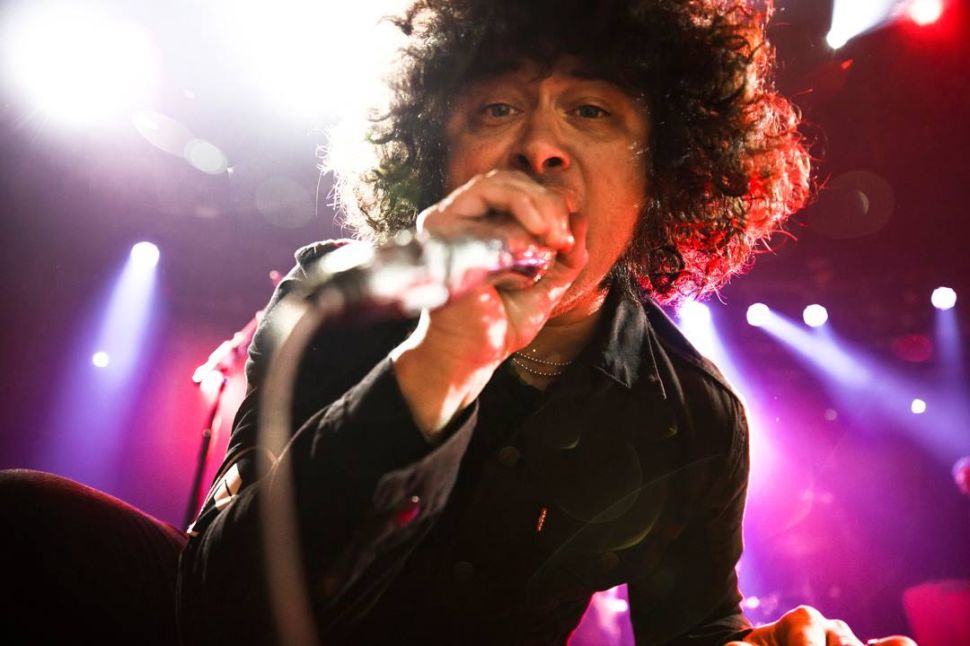