Michael Potts may be starring in the new Broadway production of August Wilson’s Jitney, but he actually owes a lot of his career success to Wilson’s play Fences: his role in Jitney came about thanks to the film version of Fences, and he was inspired to go to drama school after seeing a clip of James Earl Jones and Courtney B. Vance in the original production of Fences on the Tony Awards 30 years ago.

“I decided that I wanted to go to school where Courtney B. Vance went to school,” Potts told the Observer during an interview at Midtown Manhattan’s Knickerbocker Hotel.

Potts’ first exposure to the stage actually came as a child in South Carolina. He was required to perform in Christmas and Easter pageants at church, even though he said he took part in them “against [his] will.”

“My grandmother would sit in the back of the church and make sure she could hear me and I wasn’t stuttering,” Potts said. “She made sure I learned projection.”

That training in church, at Yale and in local Shakespeare festivals prepared Potts for a fruitful career—while he’s been a series regular on television, playing hitman Brother Mouzone on The Wire and Detective Maynard Gilbough on the first season of  True Detective, he’s also regularly treaded the boards on and off Broadway.

Potts’ breakout Broadway role came in 2011, when he played Ugandan village elder Mafala Hatimbi in the hit Trey Parker/Matt Stone/Robert Lopez musical The Book of Mormon. The part actually came to him after he rejected a role in the Broadway-bound minstrel show The Scottsboro Boys.

“I knew white people from the Midwest weren’t gonna see a show that made white people look bad,” Potts said. (He was right—the production closed after only 49 performances.)

“At some point I said, ‘If you guys have got the balls to write this, I’m gonna have to grow the balls to sing it.'”

The Book of Mormon presented the opposite problem—when he auditioned, the room was filled with some of the biggest names in theater.

“I had the best time because I thought, There’s no way in the world I’m gonna get this,” Potts said.

But he did, and he entered theater history in the process because he sang the show’s most infamous, controversial song “Hasa Diga Eebowai” (“Fuck You God” in Swahili)—Hatimbi uses the number to educate the Mormon missionaries about the problems in his village (issue one: everybody has AIDS).

“I didn’t know what the audience response was gonna be, but at some point I said, ‘If you guys have got the balls to write this, I’m gonna have to grow the balls to sing it,’ ” Potts said. “At the first performance I had to hold for two minutes because people were laughing so loudly I couldn’t hear the music. It was absolutely rewarding.”

Jitney, playing at the Samuel J Friedman Theatre through March 12, posed an entirely different challenge. The show tackles issues like urban renewal and the generation gap as it explores the lives of a group of cab drivers in 1970s Pittsburgh.

Potts, who plays the role of Turnbo, got involved with the production after Stephen McKinley Henderson, who originated the part Off Broadway, had to bow out to appear in the film version of Fences with Denzel Washington and Viola Davis.

As with Mormon, Potts thought his audition for Jitney “would be the end of it, but I got it.”

When the play begins, Turnbo serves as comic relief—he’s the office gossip in the jitney station who hates waiting and loves giving unsolicited relationship advice. But like all Wilson characters, Turnbo has multiple layers—during a heated moment, he’s the first person to pull out a gun.

“He’s a very complex being,” Potts said. “There’s an unrest and conflict within him.”

There are several sources for this, according to Potts—Turnbo is getting older and can only attract “lowlife” women. He, like the other characters, also worries when the jitney station is slated for demolition.

“The community is getting wiped out block by block,” Potts said. “Where’s his place in the world after that?”

In his writing, Wilson also compares the struggle of Turnbo and the other characters to the changing tides of the civil rights movement, which transitioned from the nonviolent resistance of the 1960s to the more aggressive Black Power movement in the 1970s.

“That frightens Turnbo, and uncertainty and insecurity bring out the worst in people,” Potts said.

According to Potts, those universal observations are the reason that Jitney, Fences (which is getting serious Oscar buzz) and Wilson’s other plays all have resonance in the age of Black Lives Matter, even though Wilson himself died in 2005.

“The reason we honor him is that he gives voice to this community which is invisible to the population at large,” Potts said. “What August Wilson is always putting forth is the notion that a black person’s humanity is just as valuable as anyone else’s. We have the same humanity you have in a very particular way.” 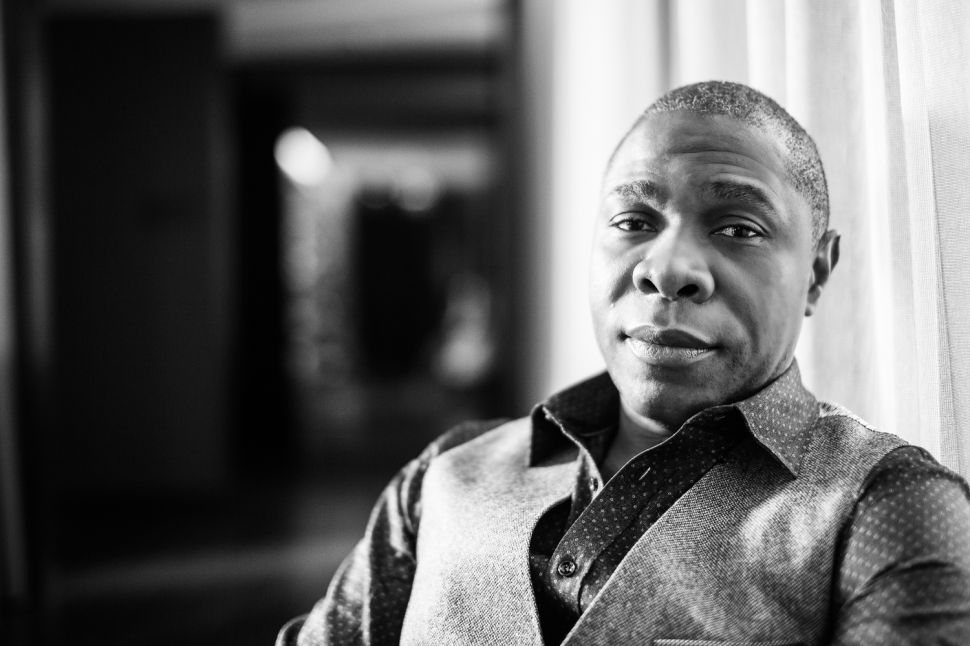