Peter Murphy is a former felon, and Traier fears Corrado’s empowerment as an empowerment of Murphy. Judges. Prosecutors. Does he really want PM’s hidden hand behind their appointment? Brendan Murphy’s connection to Team Corrado, too, hardly made Traier comfortable about him raising funds for a ticket that includes Traier’s preferred candidate, DiGaetano.

Also, it is said, Traier was hardly inspired by Brendan Murphy’s finance raising prowess to date. But the Passaic County chair’s attempt to pull the ripcord on his finance chief and replace Brendan Murphy with Pompton Lakes Councilman Chris Barranco failed by a vote of 14-6.

Corrado’s allies quietly crowed over the vote as evidence that Traier and DiGaetano don’t control the executive committee as the DiGaetano-Corrado contest rumbles toward June.

DiGaetano commented on the development to Observer.

“I am not aware there was a vote, however, the finance chair of the party is critical to the viability of the party,” he said. “I am very fortunate to have Chuck Shotmeyer and we have been fairly successful raising money in Bergen. Here the chair appoints the finance chair. I’m not sure what their structure is, but any organization needs a very active and productive finance chair, whether or not that is what has occurred here, I don’t know, but it’s possible that it is more the result of political posturing than the best interests of the party.”

Traier allies said the episode resulted in the unfortunate theatrical optics of turning Brendan Murphy into a victim. 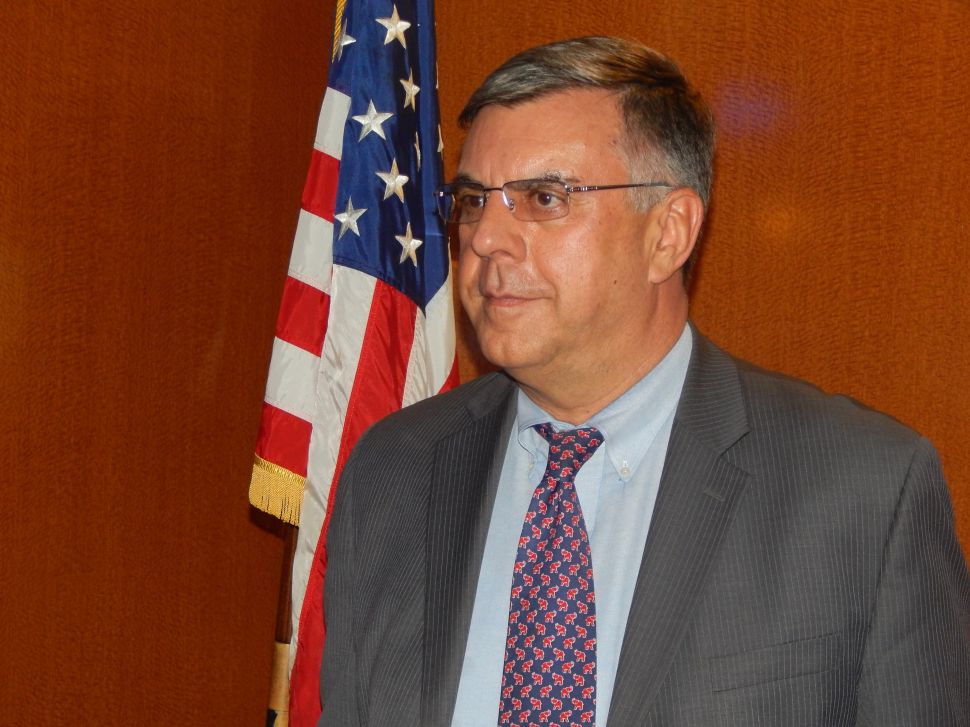