Broward County, Fla., is a remarkable place of pilgrimage. For some it is the International Swimming Hall of Fame, for others it is the Fishing Hall of Fame & Museum. Personally, I am grateful for its existence since that is where we sent my mother in-law and there she stays to this very day.

For the libel lawyer though, it seems that, due to its damage awards with both the stature and subject matter of a Hulk (Hogan), Broward is the hot new destination for privacy and defamation cases. Just as London is the capital city for the international libel tourist, the American counterpart is Miami’s little sister, a lesson learned last week by BuzzFeed and its editor-in-chief, Ben Smith.

In a slightly histrionic complaint both Smith, an Observer alum who founded our Politicker brand, and BuzzFeed have been sued by Aleksej Gubarev and his companies, XBT Holding S.A. and Webzilla, Inc., for the publication on January 10, 2017 entitled “These Reports Allege Trump Has Deep Ties To Russia.” The article then provided access to a 35-page dossier of information supposedly compiled by a British ex-spook alleging hacking of Democrats by Russians or people with ties to the Russian government or its Federal Security Service. Among other things, the dossier accuses Gubarev and two of his companies were “using botnets and porn traffic to transmit viruses, plant bugs, steal data and conduct ‘altering operations’ against the Democratic Party leadership.”

Where this gets very interesting is that the BuzzFeed article specifically states “the allegations are unverified, and the report contains errors,” yet they went on to report regardless. In a later New York Times Op-Ed, Smith explains that they published “only after we had spent weeks with reporters in the United States and Europe trying to confirm or disprove specific claims.” In an attempt to counterbalance the fact that the allegations did not withstand journalistic scrutiny, BuzzFeed repeats again the word “unverified” and “potentially unverifiable,” but then proceeds to provide a link to the document with the following line:

“Now BuzzFeed News is publishing the full document so that Americans can make up their own minds about allegations about the president-elect that have circulated at the highest levels of the US government.”

It reminds me of Brass Eye—a UK spoof comedy that was banned because too many people took it seriously—which included the priceless line “Pedophiles have more genes in common with crabs than they do with you and me. Now that’s a scientific fact: there’s no real evidence for it, but it is scientific fact.”

For most people two questions immediately spring forth. The first being “BuzzFeed has a news section?” Seemingly it does. Most people thought that BuzzFeed was just that, an entertaining and occasionally annoying stream of unconsciousness in the form of lists about nothing of actual importance. Some of the greatest hits of this clickbait-driven advertising site have been on the weightiest issues of the day, such as “18 Photos of Albert Einstein Being Super Chill,” and “15 Hedgehogs With Things That Look Like Hedgehogs.” Nevertheless, BuzzFeed, which has built a robust journalism operation and staffs bureaus around the globe with prestigious reporters, qualifies as press, clothed with all of the majestic robes that the First Amendment provides.

The second question is “Who on God’s green earth is Aleksej Gubarev?” And that is precisely the point, because the realistic distinction between freedom of the press and libelous liability for a publication revolves around the question of whether the subject of the offending article is a public figure. If one is a celebrity, a politician, the CEO of a large company or somebody who courts the public eye, the law grants the press remarkably free reign in terms of how liberal a reporter can be with the truth.

To complicate matters even further, some people are “all purpose” public figures and others are considered “limited purpose,” with the boundaries between the private being very porous and fact-dependent. In fact, in Florida has a very wide interpretation, having held that police officers, corrections officers, administrator of large public hospital and harbormasters were public officials. In such cases, the plaintiff has to prove actual malice which in simple terms is that the publisher knew that the statements were false or recklessly disregarded their falsity.

On the other hand, if the plaintiff is a private figure, the plaintiff must simply prove the basic elements of libel: the publication of a false statement, about the plaintiff, to a third party; and the falsity of the statement caused injury to the plaintiff. In Florida the fault in publishing the statement must also amount to at least negligence. It is upon this mast which Gubarev’s lawyer is pinning his colors, and he may become unstuck on two levels. First, Gubarev, a Russian living in Cyprus, is CEO of Luxembourg-based XBT Holding S.A. and “has offices in Florida and Texas as well as other locations across the globe.” XBT has various subsidiary companies, employing over 300 people around the world including Webzilla, Inc. which is located in Florida. The business provides Internet hosting solutions, network services and web development services.

From a jury optics perspective, if a Russian national living in Cyprus with various companies worldwide is alleging injury in Broward County, the more likely he is to be held to be found a limited purpose public figure.

Secondly, and this is where doing research prior to launching a suit may help. While Buzzfeed was clearly following its own corporate culture of trying to get as many hits on a story as it possibly can, Florida has recognized the defense of the neutral reporting privilege, and in those cases it was recognized even where the plaintiff is a private figure. In short, if a responsible, prominent organization or individual makes a serious charge on a matter of public interest against another public figure or organization—and the charge is accurately and disinterestedly reported—the press may have a defense. Smith may have done just enough to fall under this umbrella by pointing repeatedly to the unverified nature of the allegations, but it will be a tough road to hoe.

This life preserver will not come to BuzzFeed’s defense in England, though, and the company is likely to have to pay out a “bit of wonga” as the judges call it over there. In the future, Smith may want to adopt a culture that if it cannot be verified to the extent that the paper has to qualify their articles as such, he has a responsibility to adopt some journalistic standards before exposing a person’s or a company’s reputation. 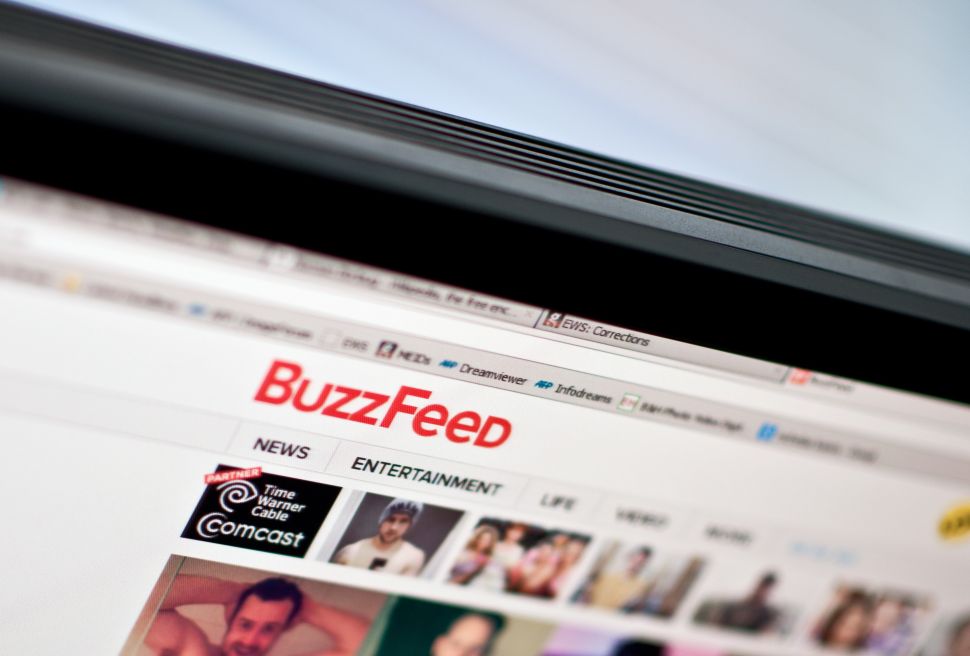