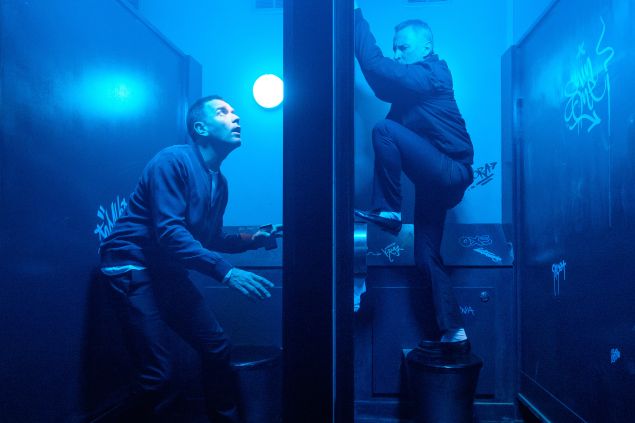 Ewan McGregor in T2 Trainspotting, which played at the Berlin Film Festival this year. TriStar Pictures

One of the more telling movie lines so far at the 67th Berlin Film Festival comes from the international debut of T2 Trainspotting, Danny Boyle’s totally unnecessary but surprisingly affecting sequel to 1996’s Cool Britannia sensation. Mark Renton, Ewan McGregor’s charming ex-junkie is freshly back in Scotland after a 20-year self-imposed exile in Amsterdam, and greeting him at the airport are a row of cute girls in bright red plaid skirts. “Welcome to Edinburgh,” they chirp cheerfully. “Where are you from?” a skeptical Renton asks one of them. “Slovenia,” she says back with a smile. At the script stage, that cheeky nod to globalization was probably cute. But now, in the age of Brexit, it plays more as ominous portent (Britain’s anti-EU referendum happened during the film’s shoot).

Visiting long-reunified Germany right now from the Divided States of Trump hasn’t been much of an escape, especially when the cover of this week’s Der Spiegel boasts a cartoon image of our enraged President with a bloody butcher’s knife in one hand and the severed head of the Statue of Liberty in the other (now that’s a graphic illustration). “America First,” the magazine’s cover copy reads in English. Indeed—but first in what, exactly? How sobering for the Germans to lecture Americans on immigration.

At the Berlinale, politics always play a major role: last year’s top prize winner, the harrowing non-fiction film Fire At Sea, documented the heartbreaking humanitarian crisis of refugees pouring in from Somalia, Sudan, Syria, and Libya (all of which, naturally, are countries on President Trump’s controversial travel ban). What more would you expect from an event centered in Potsdammer Platz, itself bisected by the Berlin Wall for 45 years? This is a city that knows something about the folly of physical borders.

Even Diego Luna, the Mexican actor currently on screens in the planetary megagrosser Rogue One and here at the Berlinale as a jury member, made a dig at Trump’s expense by sticking up for his native land. “I’m here to investigate how to tear down walls,” he said at the jury’s press conference. “Apparently, there are many experts here, and I want to bring that information back to Mexico.”

Germans also have a few choice words for Trump advisor Stephen K. Bannon. One local newspaper made reference to his Apokalyptischen visionen. That heady description of a propagandistic consultant’s nihilistic worldview shouldn’t be taken lightly, coming from the land of Goebbels.

Whether out of a masochistic sense of obligation or simply force of habit, Nazis popped up on festival screens yet again this year. But, really, in this era of rising nationalism around the world, those hoary antagonists seem much less like perennial go-to foils than alarming glimpses of future government policy.

The opening night film, Django, uses acclaimed gypsy musician Django Reinhardt and his success in Vichy France while his fellow Romani are slaughtered around him as the flashpoint for the Third Reich’s conflicted racism—both adoring his jaunty jazz music and condemning his use of Negro rhythms as they try to force him to tour Germany (drums are verboten—only Aryan instruments, bitte!).

Nationalism never ends well. About halfway through T2, there’s an extended riff on it when Renton and Sick Boy (Jonny Lee Miller) rile up a bunch of drunken locals in a Protestant club by improvising a pro-Scot song about the victorious Battle of the Boyne—all in the service of pickpocketing them. Blind fealty to a country might just stop you from seeing how easy it is to get pinched.

Watching T2 through a political lens may seem like an undue burden (Boyle insists that neither Trainspotting nor this new sequel were intended as political movies). But both films are quintessentially Scottish, and express resentment and pride for their country in equal measure. And if T2 is about anything, it’s that redemption comes not through delineated borders but through personal bonds. In the first film, Renton wants to escape the troubled friends in his homeland. In T2, his troubled friends become what save him. It’s an act of reclamation.

And so is Boyle’s uneven but oddly touching film, taking back the basic elements of the first film (the bodily fluids, the heroin injections, the manic soundtrack, the testosterone swagger) and re-arranging them, updating them, inverting them, like a restless D.J. (Iggy Pop’s “Lust for Life” even gets a remixed version thanks to Prodigy; but the original still makes a few clever cameos, first cautiously, and then triumphantly). The elements are familiar, but also smartly reconsidered and more forlorn. This time around, Renton’s updated “Choose Life” riff—resentful and bitter this time—sounds less like a manifesto and more like a soliloquy.

“It is not a sequel,” said Miller at the film’s press conference. “It’s more a post-mortem, if you like.” Possibly so, but it seems that what’s dead is the anarchic, self-destructive behavior of drug-addled hooligans. What’s alive and kicking is fidelity to lifelong friendships and family ties. It’s a well-timed lesson for the Berlinale to deliver: Nations define themselves by their people, not the other way around. 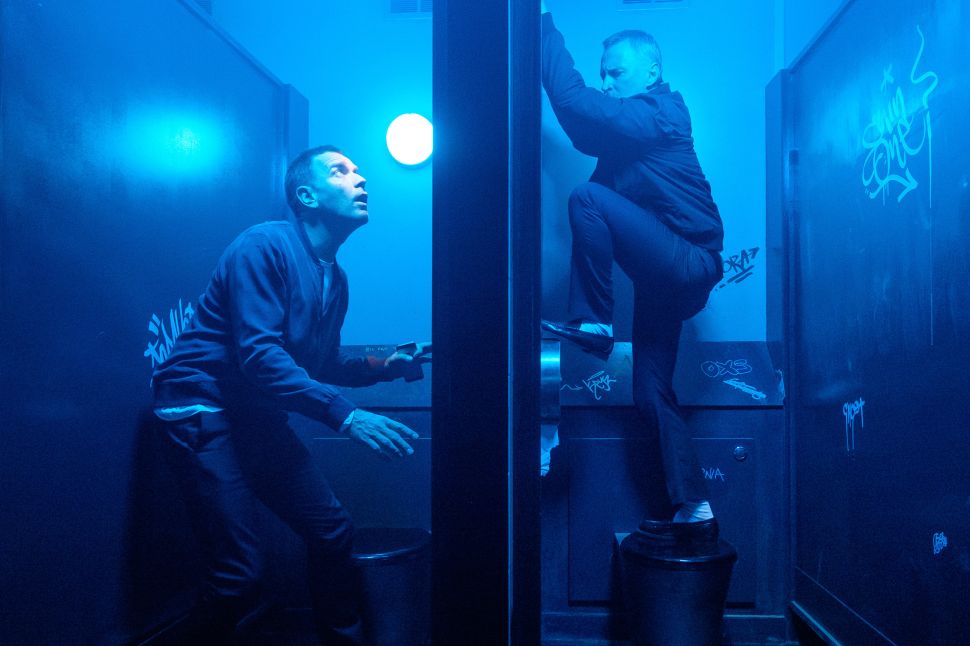