Several weeks into 2017, evidence abounds that the 2016 election didn’t leave scars on the American landscape; it left festering, open wounds.

Those who voted for Donald Trump are often surprised and bewildered by the amount of sullenness and even outright hostility they face from friends and family with whom they previously had more cordial political disagreements. They don’t understand that for many on the left, voting for Trump—whom they think is not only uniquely unqualified, but also morally compromised—represents more than just a simple political disagreement of the Obama vs. McCain/Romney variety. Those holding this view believe Trump voters crossed an unforgivable line.

However, the left’s anger isn’t limited to Trump and his supporters. Liberals are also turning on each other with a vehemence that makes even their vitriol for Team Trump seem subdued.

From a cursory glance at political discussions on social media, it’s clear that a significant share of Sen. Bernie Sanders supporters haven’t gotten over his failure to win the Democratic primary. They continue to denigrate Hillary Clinton and her supporters and suggest that they need to be run out of the Democratic Party—which, of course, Sanders never actually deigned to join. They view Clinton supporters as insufficiently progressive, Wall Street apologists, stooges who can’t be trusted, and they often suggest that they will only reconcile with Clinton backers when they admit their wrongdoing.

The responses from Clinton supporters—few of whom think they made the wrong choice—range from weariness to outright anger. They think the “Bernie or Bust” crowd cost Clinton the general election, and they harbor tremendous resentment. They point to the fact that Green Party candidate Jill Stein received vote totals in Pennsylvania, Michigan and Wisconsin exceeding Clinton’s margins of defeat in those three states, which would have won Clinton the Electoral College. They view Sanders supporters as unrealistic, impractical whiners who can’t appreciate the difference between Trump and Clinton, who voted with Sanders 93 percent of the time.

The ongoing battle—in which the deceased campaigns of Sanders and Clinton continue to stand in as proxies—is not a mere dispute of personalities, but a reflection of the wide chasm of world views on the American left. The left-wing landscape is now divided between those who generally think that economic injustice is the root cause of the country’s ails and those who see discrimination as an independent evil that would exist regardless of economic conditions. Economic justice progressives have a near-singular focus on Wall Street, which they view as rapacious; social justice progressives appear to be much more concerned with what’s happening to victims of social discrimination on Main Street.

Both sides are endlessly frustrated by what they view as the failure of the other side to acknowledge their complaints. At heart, it’s a battle for the soul of the Democratic Party—some Sanders supporters wonder aloud whether the Democratic Party is too compromised by Wall Street to support.

The key difference between the two camps is that the Bernie camp is fundamentally looking to the past for a solution—which is ironic given the strong youth support for Sanders—while the generally older Hillary crowd is looking toward the future. In this vein, the economic justice progressives are closer to conservatives than they are to the Democratic Party. While Republicans have long yearned for a return to the social mores of the 1950s, Berniecrats dream of returning to a 1950s-style economic era with millions of well-paid manufacturing jobs. In a way, Trumpism is the hybrid of these two ideas as it focuses inward, arguing America should wall itself off from the rest of the world—both with a physical wall and with economic barriers, such as tariffs.

Meanwhile, social justice Democrats are focused more on building a multicultural future, and many of them see the increasing diversity in America as rendering this end result inevitable—even though history provides ample evidence that demography is not necessarily destiny. Though they certainly support worker rights and higher wages, they generally view America as part of a larger, interconnected world community.

The key problem for social justice Democrats is that their cause is popular only in certain parts of America, primarily the northeast, Pacific coast, and certain blue-tinged, urban enclaves between the Appalachians and the Rockies. While Berniecrats, too, share these social justice ideals, they don’t drive their movement, and they are perfectly willing to put these ideals on the back burner—which doesn’t get them anywhere with a group of people who historically have been consigned to the back of the bus.

As long as this chasm between economic justice progressives and social justice progressives exists, it’s going to be exceedingly difficult for the left to unite against its common foe: Republicans. Only when the sides recognize that they have more that unites them than divides them can they begin to heal the gap that split them in 2016. The left doesn’t have to choose between economic justice and social justice; both can be served without diminishing the other.

Unless these two wings can figure out how to make peace, Democrats will not win elections. Right now, the left is looking a lot like a circular firing squad, and it’s blasting away with both barrels. 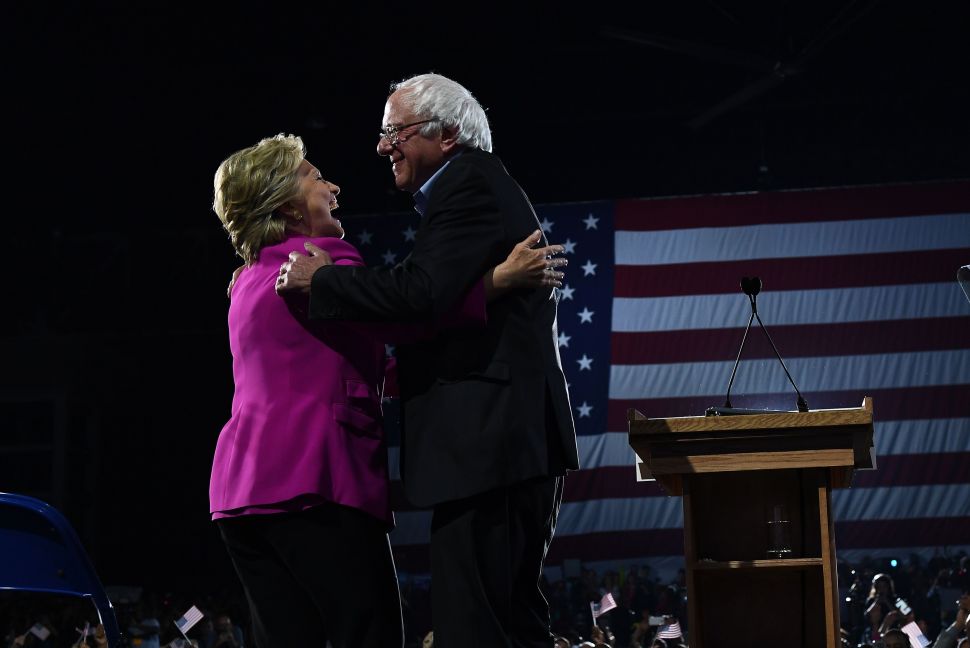