Sen. Bernie Sanders responded to former Vice President Joe Biden’s recent endorsement of former Secretary of Labor Tom Perez for DNC chair by reaffirming the necessity for Rep. Keith Ellison to win the DNC chair seat in order to take the Democratic Party in a more progressive direction. Several establishment Democrats and Perez supporters attacked Sanders for his statement. The Hill reported that several DNC delegates argued Sanders was reigniting the rift that split the party during the Democratic primaries. They used the same attack against Sanders that was often employed then: that he isn’t a “real Democrat.”

“The question is simple: Do we stay with a failed status-quo approach or do we go forward with a fundamental restructuring of the Democratic Party?” said Sanders, reaffirming his support for Ellison to be elected DNC chair. “I say we go forward and create a grassroots party which speaks for working people.”

Sanders describes the divide: A status quo that favors wealthy donors who exploited the 2011 Citizens United Supreme Court ruling to overrun the Democratic Party, versus a grassroots party that champions working Americans. This isn’t about Clinton supporters versus Sanders supporters. Clinton lost the election and no longer holds office. It would serve the Democratic Party best if her political career never restarted. On the other hand, Bernie Sanders was immensely popular with millennials of all demographics, and Democrats need to recognize that the key to success in the future is to embrace a younger, more progressive base.

Since November 8, this divide has manifested itself in state Democratic Party elections. In Florida, progressives and establishment Democrats were bitterly divided over billionaire donor Stephen Bittel using his influence to break party rules to become eligible to run for Florida Democratic Party chair, which he ultimately won with the support of former DNC chair Debbie Wasserman Schultz. In California, progressives battled to take over as many state delegate positions as possible, winning nearly 60 percent of the positions. In Michigan, progressives were met with violence from state Democratic Party officials after they showed up to a party meeting before it started to protest the party’s backroom deals and to support Keith Ellison for DNC chair. In Washington, Hawaii and Nebraska, progressives used their strength in numbers to take over the state party leadership positions.

Throughout what progressives have dubbed a “DemEnter” movement to take over local and state Democratic Party positions to better reflect their representation within the party, establishment Democrats have continued to attack, scold and shame progressives. Rep. Adam Schiff recently warned of the Democratic Party turning into a tea party of the left. Journalists who strongly advocated for Clinton’s candidacy have continued blaming Clinton’s progressive critics for being the reason that Hillary Clinton lost to Donald Trump.

In the DNC chair race, the candidates have agreed to not criticize one another to portray a false sense of party unity, but progressives support Keith Ellison while the Democratic establishment backs Tom Perez. The differences between the two are illuminated by their stances on re-enacting a ban on donations from lobbyists that former DNC chair Debbie Wasserman Schultz repealed to help Clinton during the primaries. Perez has stated he would not replace the ban, winning him the support of the lobbyists who serve as DNC delegates—including two interviewed by The Hill, Jamal Simmons and Jaime Harrison, who criticized Sanders. Perez’s supporters claim he has a progressive record, but no one who is a true friend of labor would support the Trans-Pacific Partnership Agreement because it was a corporate-friendly agreement that virtually every major labor union strongly opposed. During Perez’s service as secretary of labor he granted special tax breaks and waivers to hedge funds and Wall Street banks. Progressives believe Wall Street doesn’t need any more favors from the Democratic Party, and electing Perez as DNC chair would strengthen Democrats‘ relationship with Wall Street.

The “resistance” to Trump from the Democratic Party has been, for the most part, an embarrassment. From those Democrats who have voted in favor of several Trump cabinet nominees to the 13 Democrats who sabotaged a progressive amendment sponsored by Sanders to provide Americans with cheaper prescription drugs, the resistance from Democrats has revealed itself to be complacent in cozying up to the political power of Trump and the Republican Party. The Democratic Party’s resistance to reform has been reaffirmed repeatedly to progressives. The Democratic Party needs major reforms in order to represent working and middle class Americans rather than billionaire and millionaire donors. 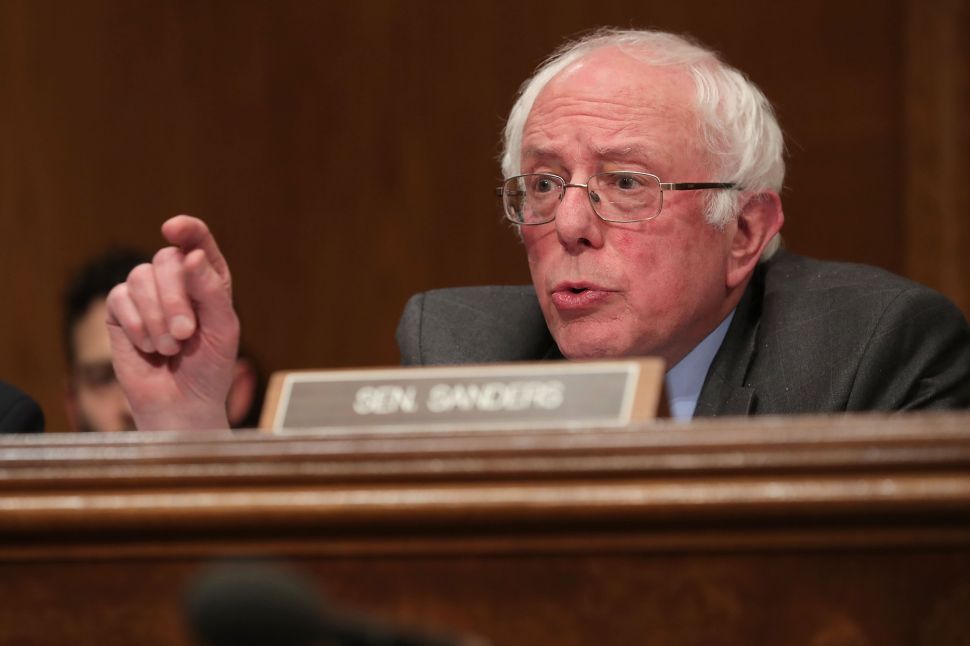