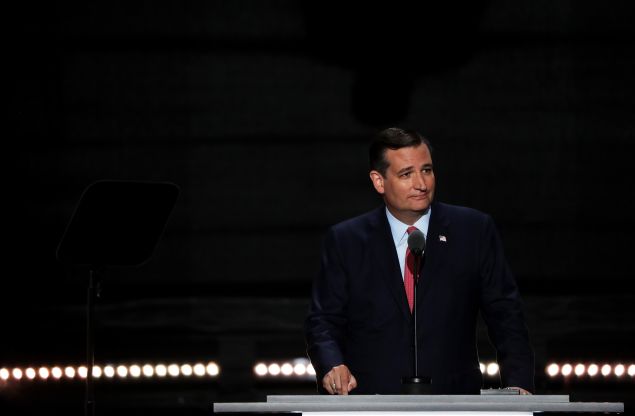 CNN’s 90-minute debate on Tuesday night, in which Vermont Sen. Bernie Sanders squared off against Texas Sen. Ted Cruz over the future of the Affordable Care Act, made for high political theatre. In addition to providing a showcase for two radically divergent world views, the event also afforded viewers a window into a presidential matchup that might have been.

Although the self-described “democratic socialist” was tasked with defending the Affordable Care Act, he was quick to acknowledge its flaws, all of which he suggested could be ameliorated through a system of single-payer, government-run universal healthcare—in his favored phrase, “Medicare for All.” A failure to fully defend the position one is assigned in an argument might on the surface seem like a forfeit but, for Sanders, it played to his strengths and allowed him to outmaneuver his Tea Party opponent.

When Cruz noted the increase in drug company profits under Obamacare, Sanders simply replied “he’s right” and suggested a single payer system would get insurance companies “out of our lives.” When Melissa Borowski, an Obamacare critic, pointed to her inability to afford pap smears due to a $13,000-dollar deductible, Sanders again suggested how much more affordable the same treatment would be in a country with a single payer system. By repeatedly shifting the argument to be about universal healthcare, rather than the status quo, Sanders brilliantly managed to put Cruz on the defensive. Instead of arguing against the dreaded Obamacare, Cruz was forced to resort to railing against the downsides of socialized medicine—which are still largely foreign to Americans.

Sanders’ willingness to recognize the flaws in the ACA and address the suffering of those adversely affected by the policy stood in marked contrast to Cruz’s response to those who would be hurt by an ACA repeal. When breast cancer sufferer Neosha Ponderer expressed fear that she’d be denied coverage due to her preexisting condition, Cruz claimed all proposed replacements to Obamacare would “prohibit insurance companies from cancelling someone because they got sick.” Sanders shot back, arguing Cruz was contradicting himself, since he had wanted to abolish “all federal mandates.” The Vermont senator emphatically insisted on the need to guarantee that “no insurance company in this country can say no to you or anybody else.”

In response to Carol Hardaway, who described finally being able to treat her multiple sclerosis thanks to the Medicaid expansion, Cruz offered vague platitudes about how competition and lower rates would male health insurance more affordable.

Cruz’s inability to provide a compelling alternative to the ACA is indicative of the political reality the GOP faces. For years they staked much political capital on repealing Obamacare. Yet confronted with people who would stand to lose their health care, Republicans are now left dumbfounded. While Democrats could benefit politically from Republicans taking away millions of people’s health care, any gains would be short-lived. That’s why Bernie Sanders’ performance in the debate was instructive for how Democrats should handle the issue going forward. If Cruz had been debating a partisan Democrat who refused to even acknowledge the ACA’s problems, both would have come off looking bad, as each would only express empathy for those who supported their side of the argument.

Instead, Sanders emerged as the winner.