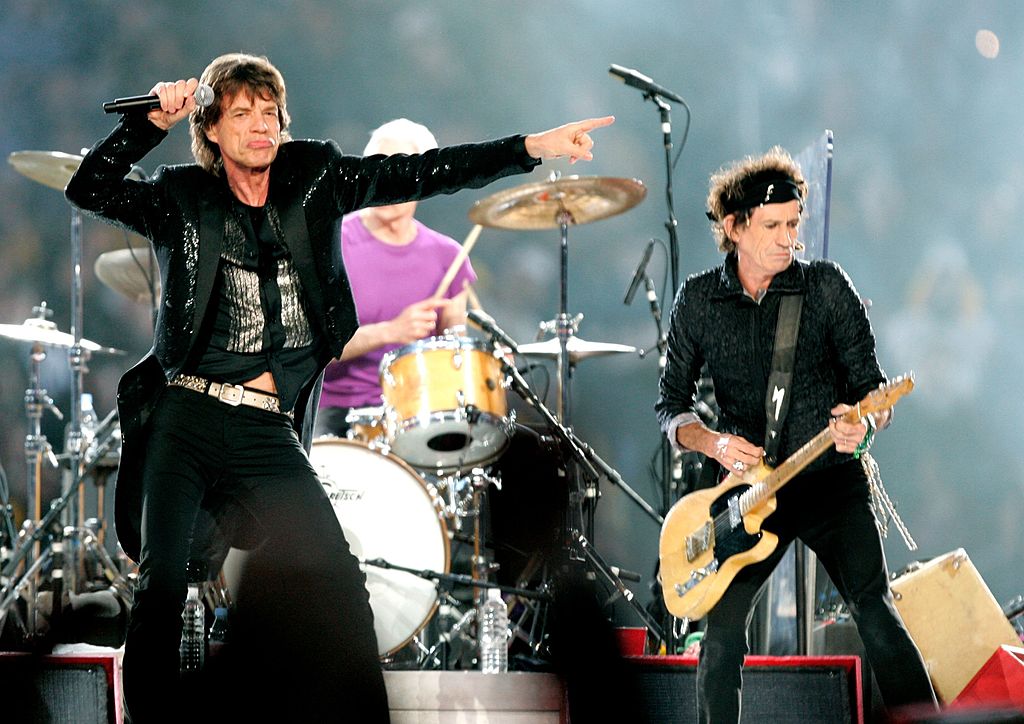 In 2005 Paul McCartney did halftime duty. The 2006 show had an appearance from The Rolling Stones, singing "(I Can't Get No) Satisfaction. Unfortunately, there was no appearance from Britney Spears, who does her own special cover of the song.
Brian Bahr/Getty Images 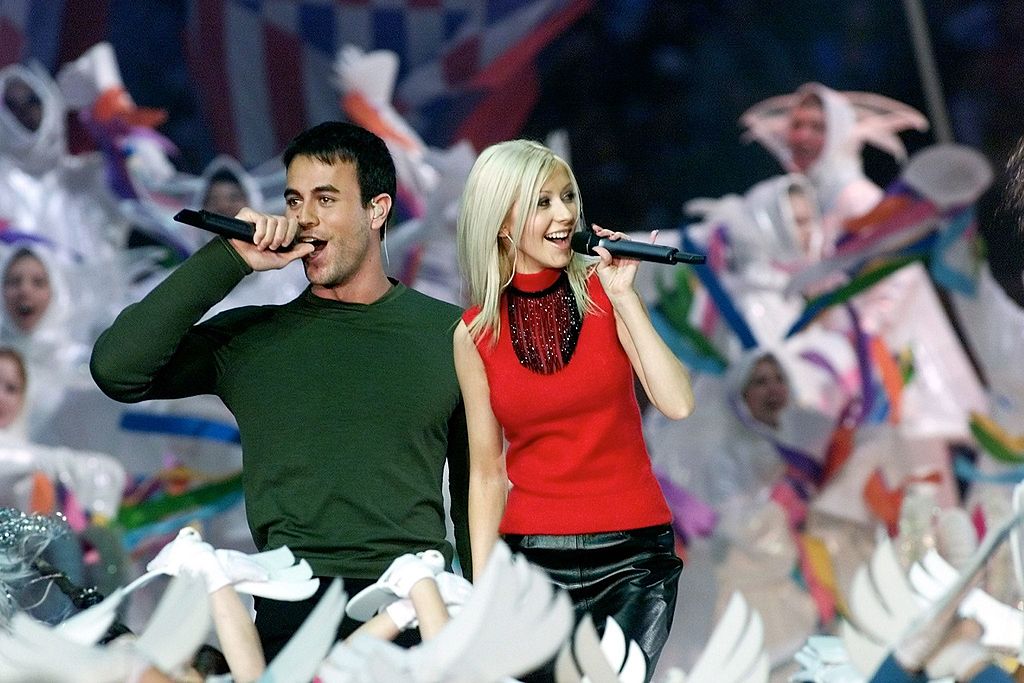 Before "Dirrty" in 2002, Christina Aguilera was still a traditional Mouseketeer who could do no wrong. She took the stage at the Georgia Dome in 2000, joined by Phil Collins, Enrique Iglesias, Toni Braxton and a full choir.
Jeff Haynes/AFP/Getty Images 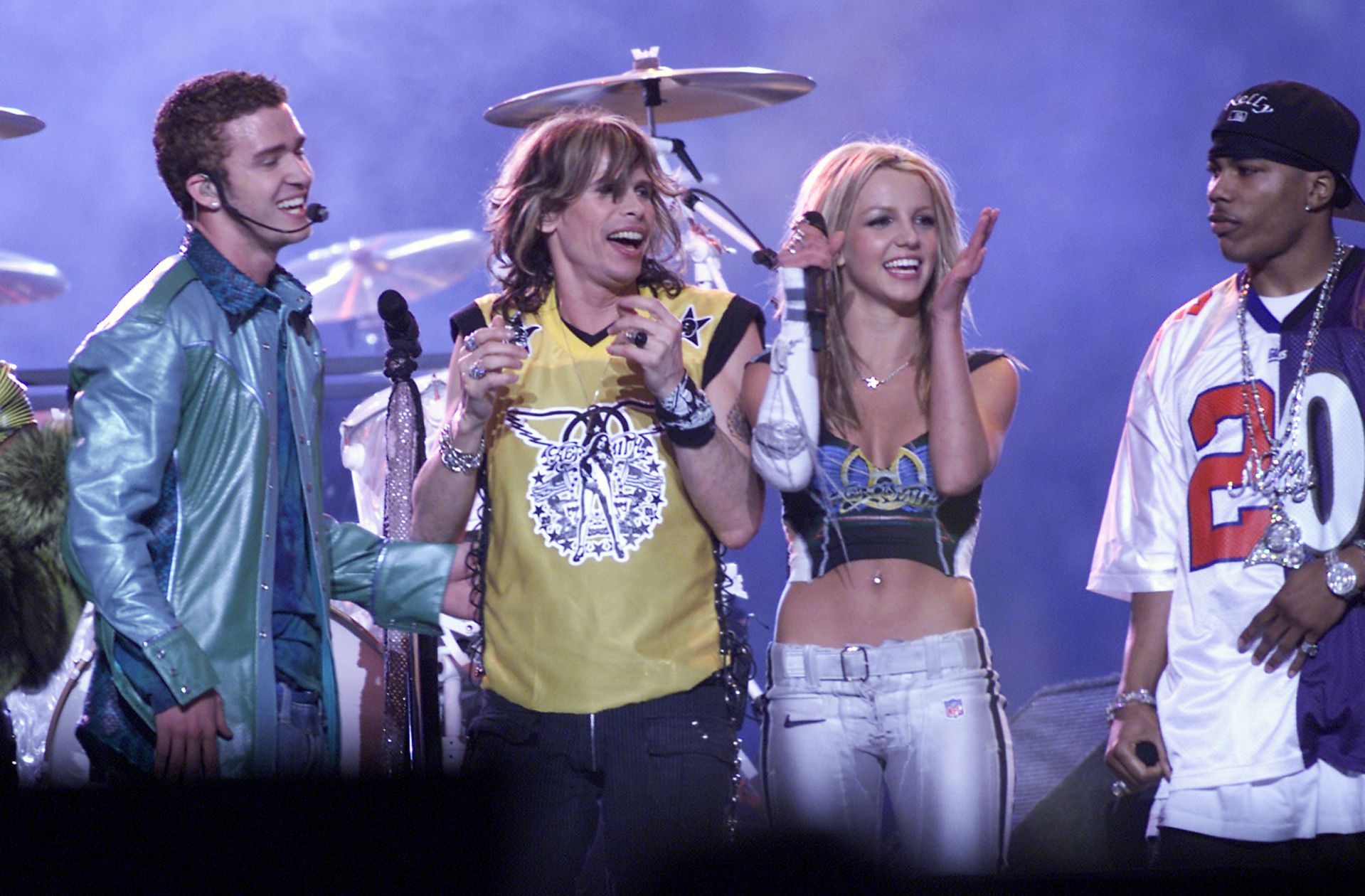 Before the worst wardrobe malfunction in recent memory, Justin Timberlake performed with his boy band, 'N Sync. Aerosmith, Britney Spears, Mary J. Blige and Nelly also joined them in 2001, for peak genre bending. In a truly 2000s twist, the performance opened with a sketch from Ben Stiller, Chris Rock and Adam Sandler (when the world was not yet jaded).
Scott Gries/ImageDirect 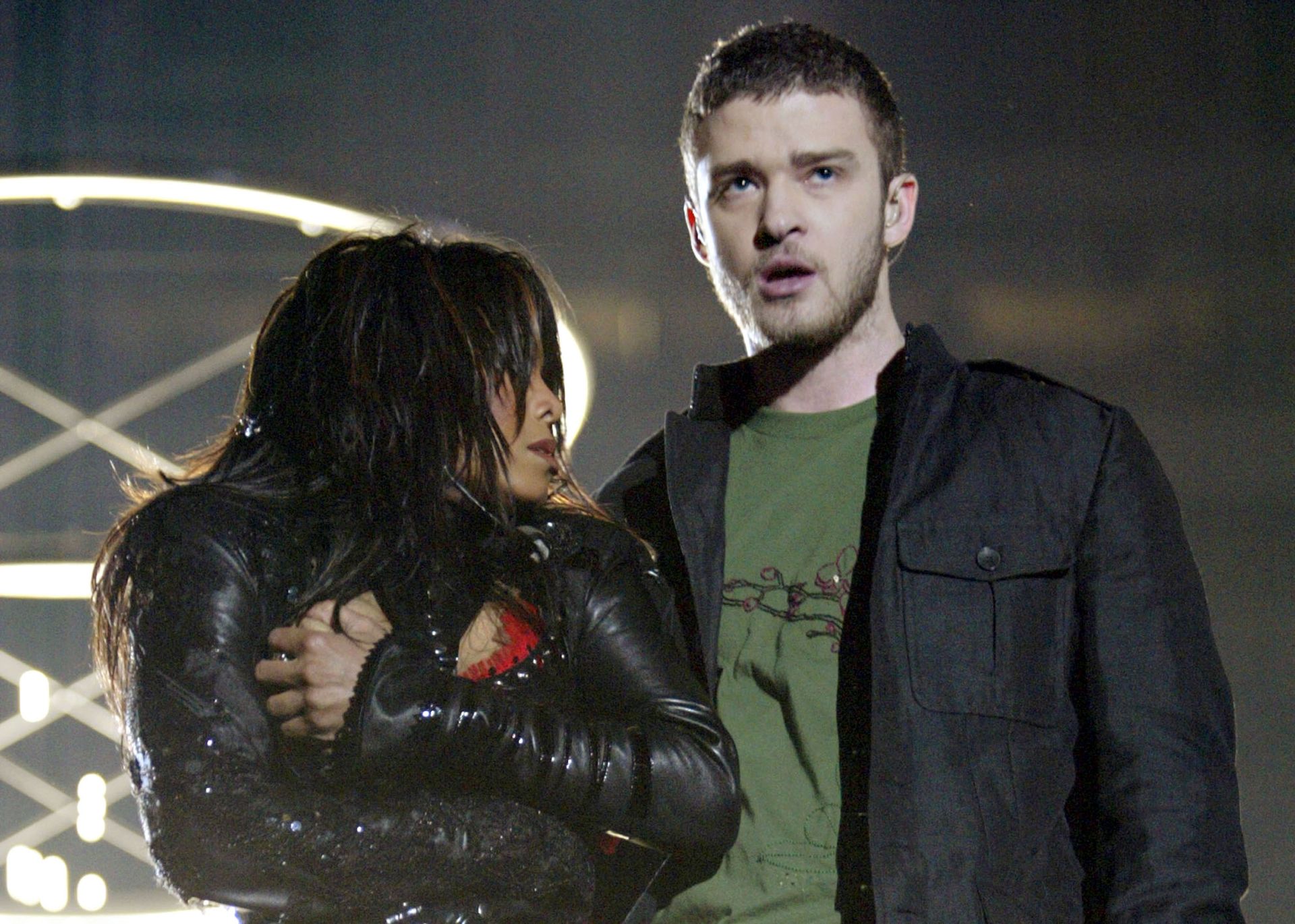 At the most controversial halftime show of all time, Janet Jackson experienced a major "wardrobe malfunction," courtesy of former boy bander Justin Timberlake. With the major mishap, viewers forget that it was an all-star lineup, with Jessica Simpson, P. Diddy, Nelly and Kid Rock taking the stage before the exposure. It is unlikely anyone who performed at XXXVIII will ever be invited back.
Frank Micelotta/Getty Images
Advertisement 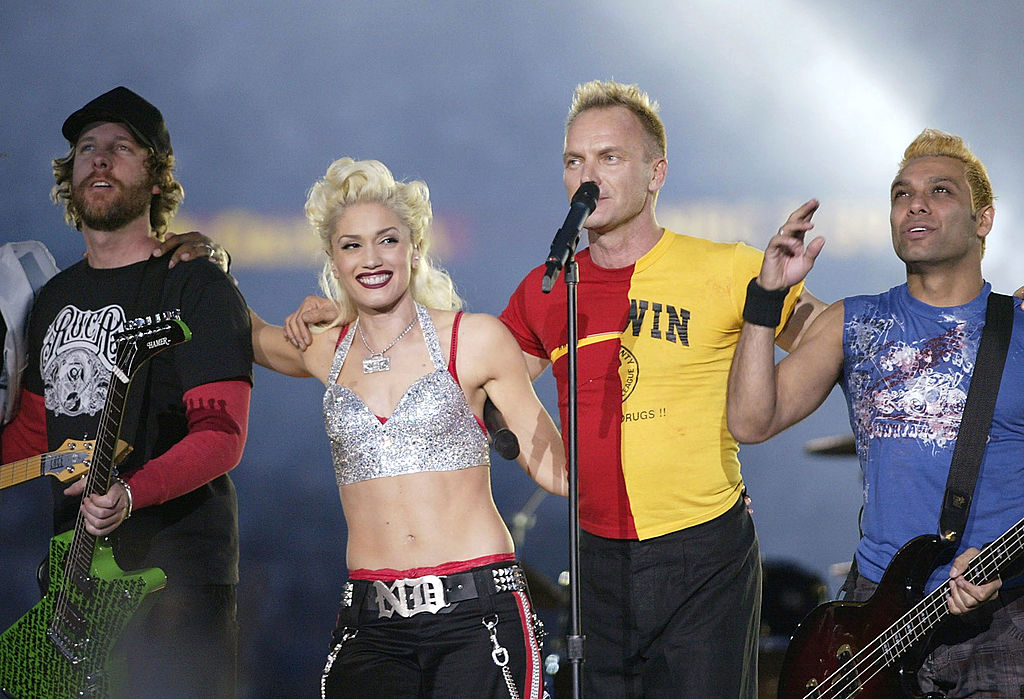 Before Gwen Stefani was best known for worshipping Harajuku Girls and dating a country artist, she joined Sting onstage in San Diego. After Shania Twain sang "Man, I Feel Like a Woman!" No Doubt joined Sting for "Message in a Bottle." It was a ska, new wave influenced show that actually made sense, instead of simply plopping the number one artists of the year together on one stage and hoping for the best. Maybe Stefani and Shelton can duet next year, to lean into the current halftime model?
Donald Miralle/Getty Images 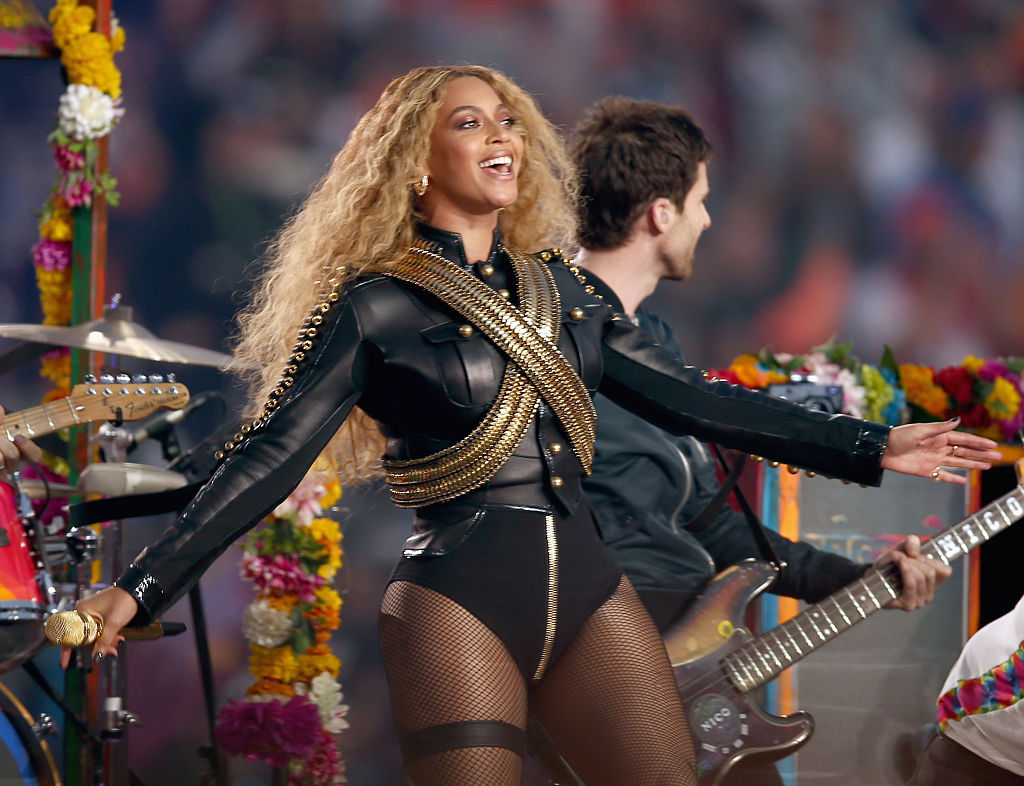 At this point, Beyoncé is a veteran Super Bowl performer. After causing a blackout in New Orleans, she returned for the Super Bowl 50 Halftime show, making a political statement while singing "Formation" in costumes influenced by the Black Panthers. The singer wore a bodysuit by Aston Michael, a jacket by DSquared and Christian Louboutin boots. Coldplay and Bruno Mars were also onstage, but it's easy to forget.
Matt Cowan/Getty Images 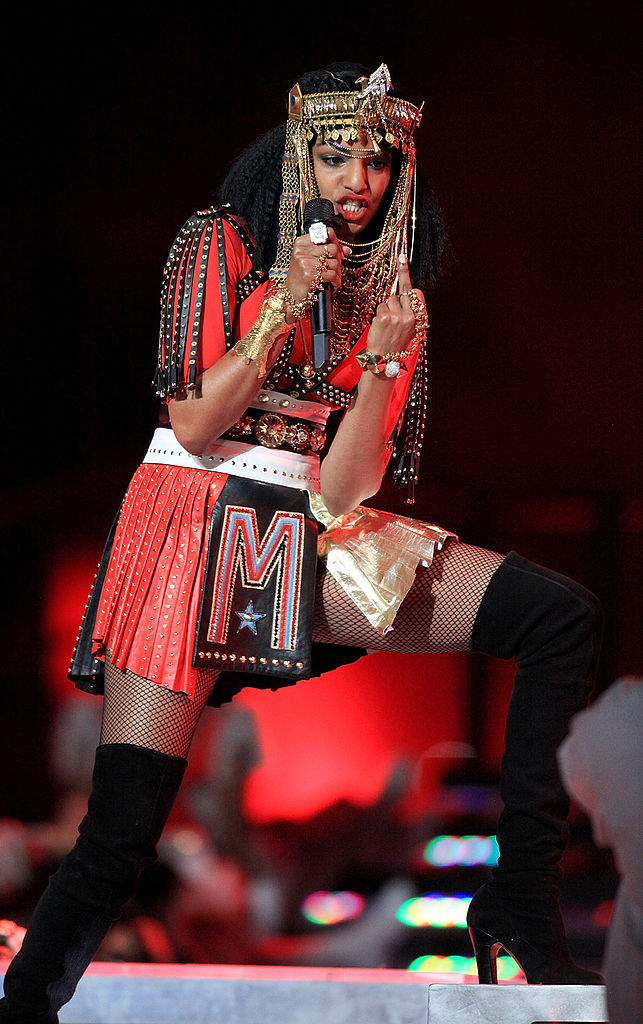 In another super controversial sports moment, MIA raised her middle fingers high during a performance in 2012 in Indianapolis. Madonna, Nicki Minaj and Cee Lo Green also performed, but were cancelled out by her finger waving.
Christopher Polk/Getty Images
Advertisement 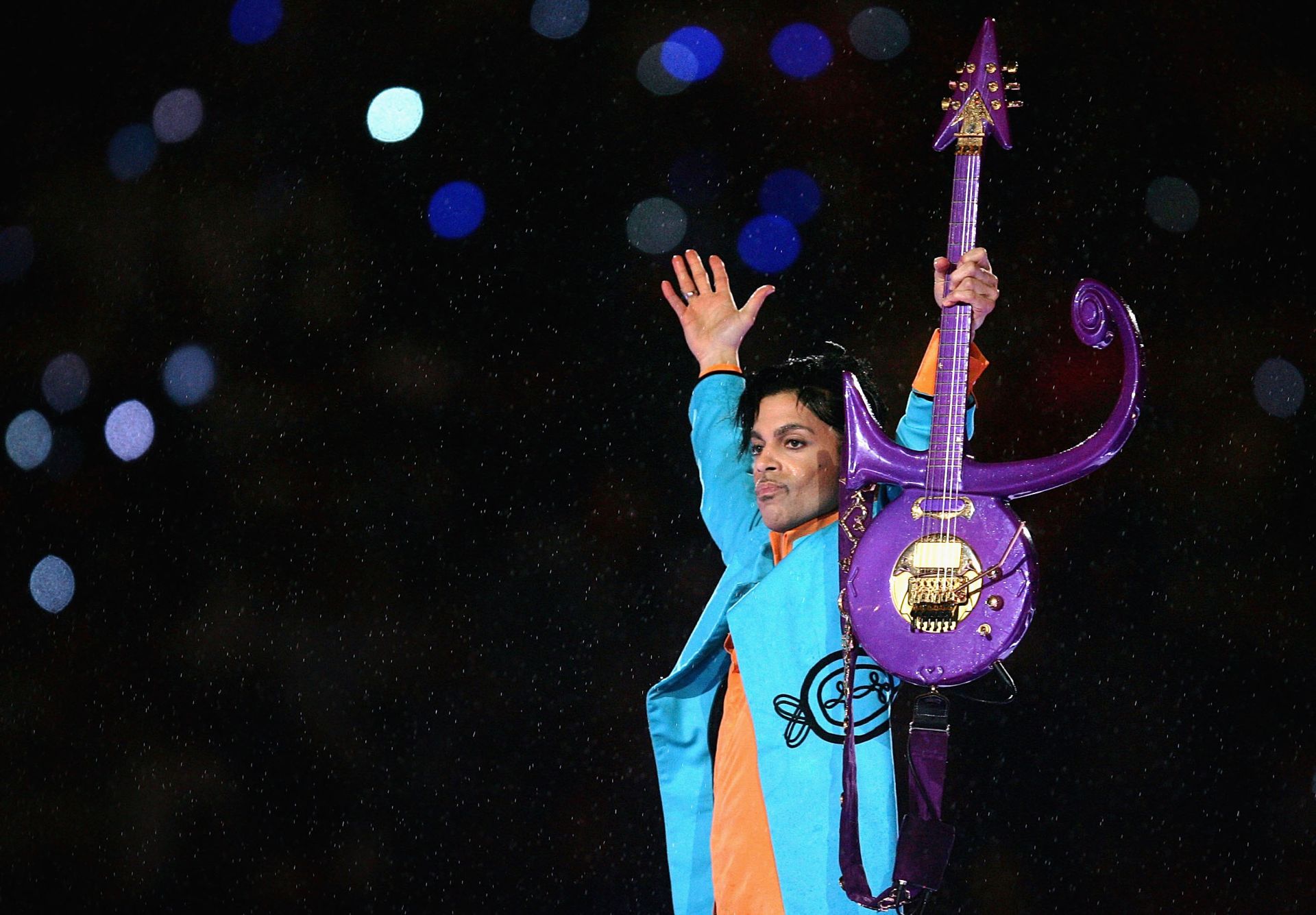 In another genre-defying performance, Prince was joined by the Florida A&M University marching band to play "We Will Rock You" and "Purple Rain."
Jonathan Daniel/Getty Images 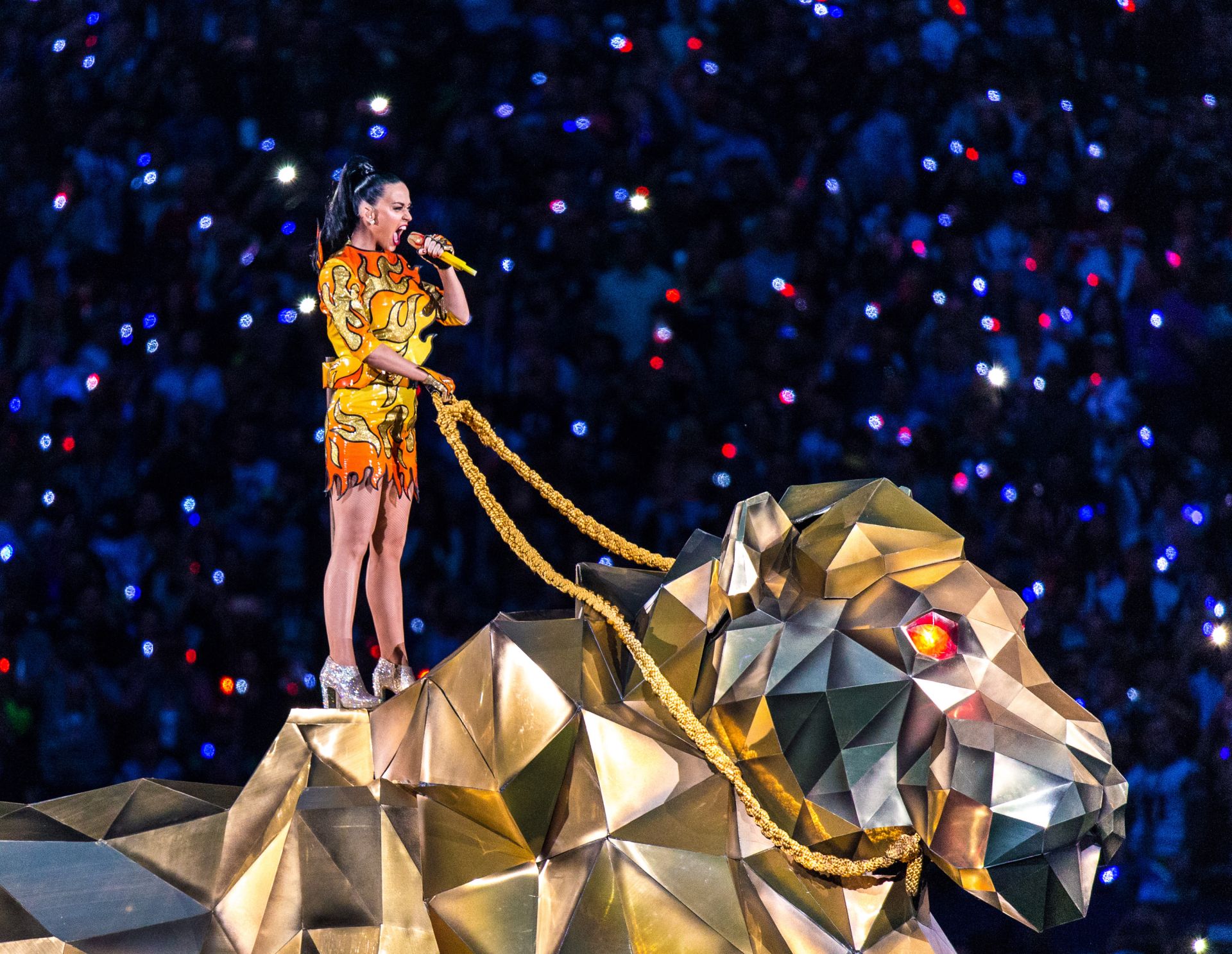 Katy Perry channeled her inner 'Hunger Games' tribute with this fiery moment in 2015, designed by bestie Jeremy Scott. While it was a major look (she served up four throughout the night), people remember the extremely offbeat dancing of her back-up, Left Shark, more than her entrance...or anything she sang.
Christopher Polk/Getty Images 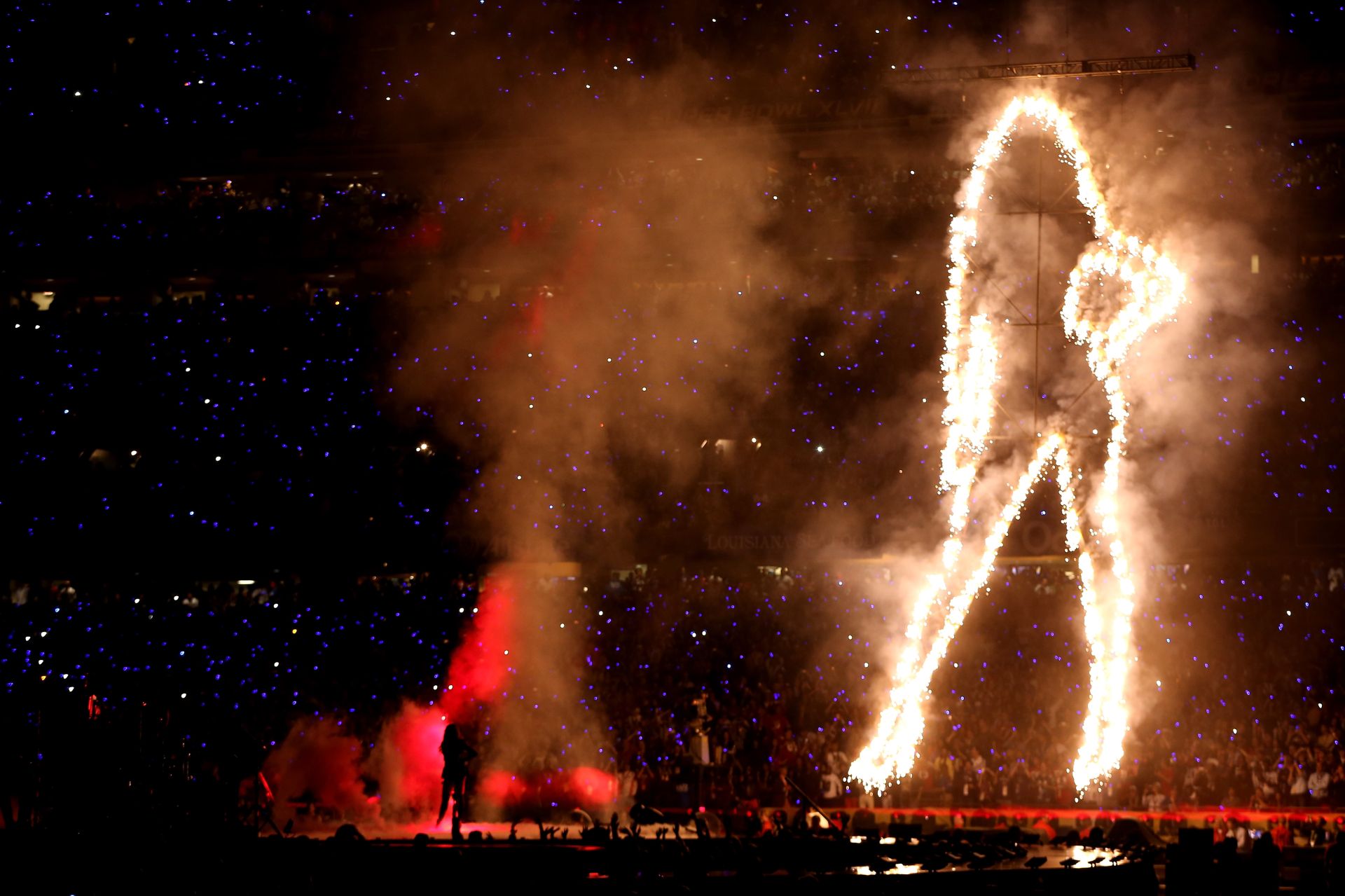 Only Beyoncé could cause a power outage in New Orleans this intense when it's not hurricane season. She reunited with Destiny's Child at the Superdome to perform "Crazy in Love," "Bootylicious" and "Single Ladies." Perhaps a Spice Girls reunion is in the works for a future halftime performance? Or maybe Beyoncé can return next year, with her twins in the audience.
Christian Petersen/Getty Images 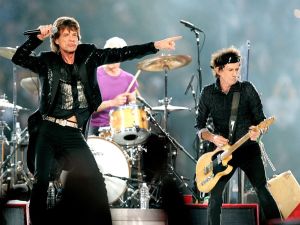 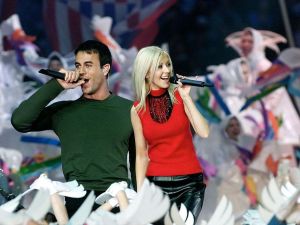 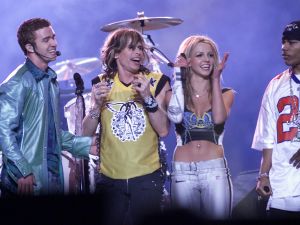 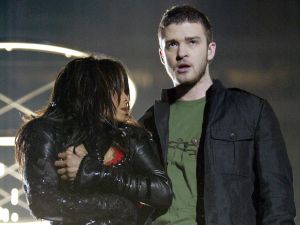 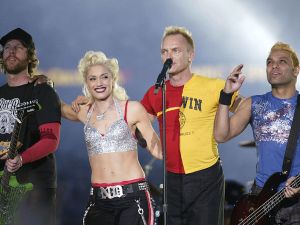 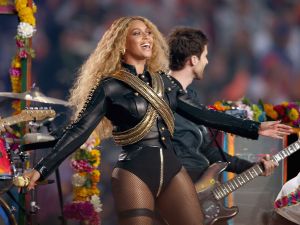 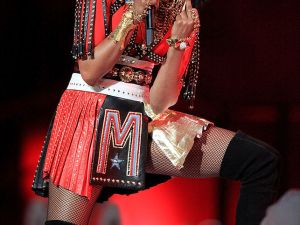 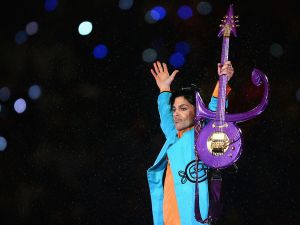 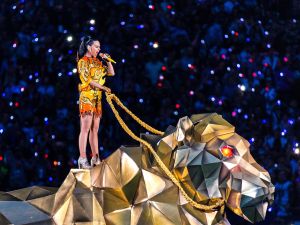 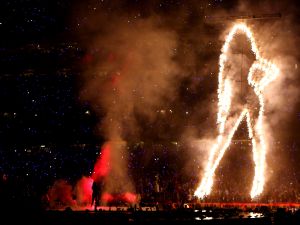 Throughout the years, the Super Bowl halftime show has proven to be more popular than the actual game for pop culture aficionados. Ever since Justin Timberlake revealed Janet Jackson’s pasty and called it a malfunction, the stage has far more cooler moments than the field. Just look at Twitter during halftime for proof of where the American public’s loyalty lies…and it’s obviously with Beyoncé. While men in tights might be entertaining, seeing Katy Perry in a Hunger Games inspired getup, Gwen Stefani in a silver sparkle crop top and Christina Aguilera in a Disney Channel approved ensemble is a bit chicer.

While some pairings make little to no sense (see: Bruno Mars and the Red Hot Chili Peppers) other shows perfectly combine blended genres and generations (see: No Doubt and Sting‘s iconic 2003 performance, with a cameo from Shania Twain). There were even a few major pop princess moments in the early 2000s, with Britney Spears, Christina Aguilera and Jessica Simpson all making appearances.

Take a stroll through the 10 most memorable past performances to prepare for Lady Gaga’s sure to be dramatic halftime moment. Perhaps she’ll wear another meat dress in honor of the occasion—after all, nothing says Super Bowl Sunday quite like a controversial artist and cold cuts.