You’re probably wondering why a college professor would agree with Education Department Secretary Betsy DeVos. And I won’t on every issue—but her willingness to stand up for the most bullied demographic of 2016 is worth at least one column of support, and a willingness to admit that I might have been wrong about her.

Like many Americans, I saw DeVos’ nomination by the Trump Administration with a lot of alarm. I called my Georgia senators, Johnny Isakson and David Perdue, to tell them I opposed her nomination. I watched the Senate count, realizing she was only one vote away from being defeated, and encouraged others to contact their senators.

I was discouraged when Vice-President Mike Pence cast the tie-breaking vote, ensuring she would be confirmed as our next Education Secretary. I shrugged my shoulders when she was blocked from entering a public school. I nodded my head at the article documenting her difficult first week. And yes, I laughed at every meme and Saturday Night Live portrayal that mocked her.

The New York Times reported that a battle was emerging in the Trump Cabinet, between DeVos and Attorney General Jeff Sessions. I had to click through.

It turns out Sessions was eager to roll back Obama-era protections for transgender students. But DeVos was digging in her heels, resisting attempts to take away these student rights.

As the story goes, Trump and others sided with Sessions. I imagine DeVos must have looked a bit like the lone female juror in that classic 1959 Norman Rockwell painting, with a room full of men trying to force her to budge. The juror looked about as defiant as DeVos must have been.

Eventually, it seems she may likely have been given a choice: sign-off on the rollback, or resign. She caved, but hung in there to focus on the wording of the proposal, and continued to seek something to protect transgendered students from bullying.

DeVos is from a conservative family that hasn’t always been supportive of LGBT rights. Her party hasn’t always been favorable to such rights, though Trump and some Republicans have indicated a willingness to support some of them. DeVos endured perhaps the second hardest confirmation battle since World War II (topped by Senator John Tower, who was defeated), only to risk being forced from office as the shortest tenured Education Secretary, for sticking up for perhaps the most politically targeted group today, in defiance of her family, friends and political party. And it’s an issue she’s supported long before being Education Secretary, according to the Times.

I’m unlikely to agree with DeVos on everything, and it’s likely that I might write a future column politely critiquing a policy of hers. But this professor is willing to admit he was wrong. Ms. DeVos, I applaud your brave stand on this issue, and I hope others who strongly oppose you will see that perhaps they might give you a second chance as well. 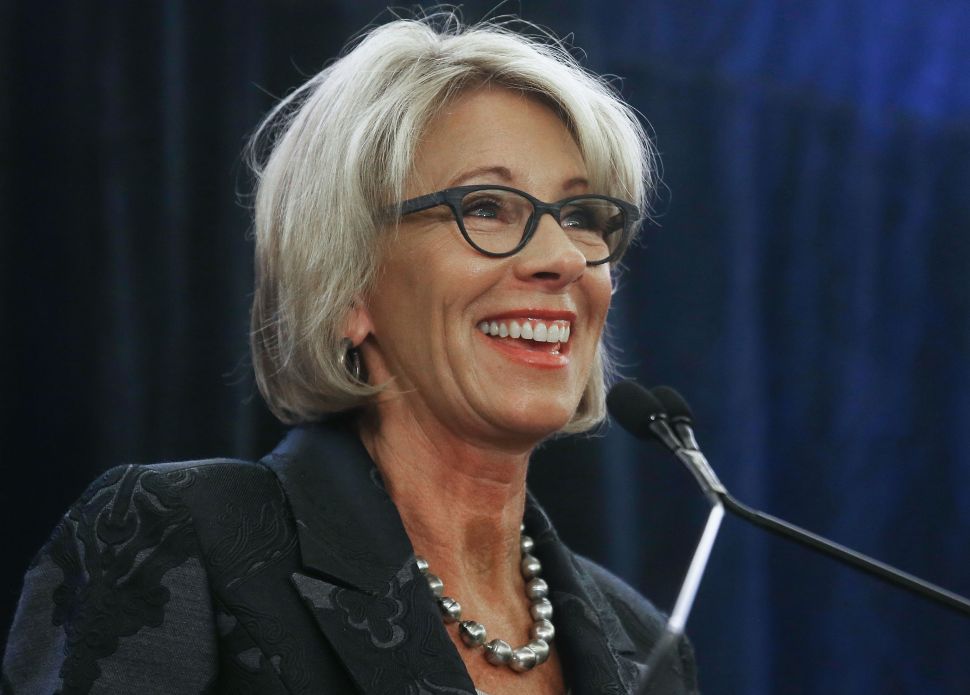