Robots are coming for a lot of jobs. And while at first this may seem detrimental, it’s actually a good thing.

There will still be jobs for humans (in fact, job growth has been on the rise in the U.S.), but they will just be different jobs. If we leave jobs that can be automated to the robots, we’ll free up labor so humans can do more meaningful work like caring for the elderly, teaching kids with disabilities and other jobs that require empathy—something robots lack.

This notion has been discussed time and time again, but Bill Gates has taken it further with an extra step he says will help us get “net ahead.”

“Right now, if a human worker does, you know, $50,000 worth of work in a factory, that income is taxed,” he said in a video interview with Quartz. “If a robot comes into do the same thing, you’d think we’d tax the robot at a similar level.”

With the income tax, we could fund initiatives to do good in the world.

Watch Gates explain why and how we should tax robots in the video below: 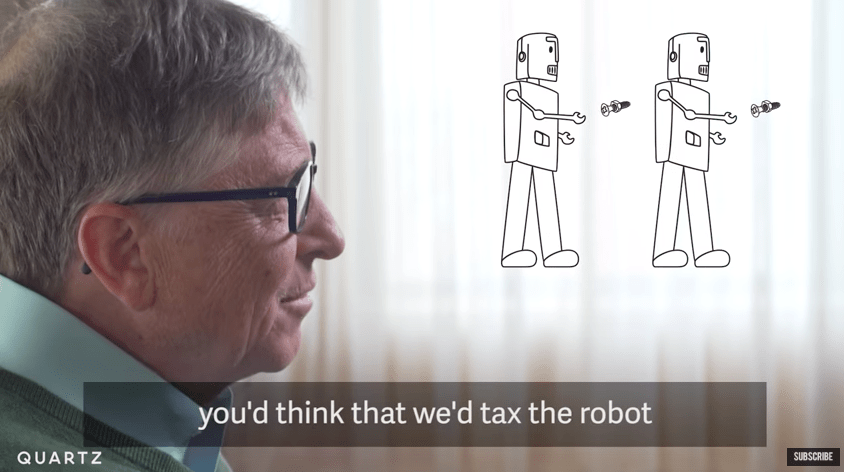