Being Bill Gates sure has its perks, but like all rockstars, actors, superheroes and other recognizable individuals, he sometimes wishes he could step outside his fame for just a little while.

That’s why Gates sometimes wears a disguise in public. Yup, he really does. He just admitted it.

During a Reddit AMA this afternoon, one user asked Gates: “Do you ever disguise yourself and just walk around incognito?”

In the midst of replying to inquiries about philanthropy, the state of technology and the biggest issues facing the world, the Microsoft founder took time to detail how he disguises himself on occasion simply by putting on a hat. His explanation, found in the middle of the many serious answers to the aforementioned big questions, teetered somewhere on the border of hilarity and the same aww-feeling I get whenever someone plays the “A really cool hat” card in an especially raunchy round of Cards Against Humanity.

“I sometimes wear a hat. For example when I did college tours with my son I wanted the focus to be totally on him. A lot less people recognize me when I have a hat on or else they realize I am trying to be incognito,” Gates wrote.

He added that people are generally very nice to him when recognizing him, so he doesn’t have to do it all that often. But that didn’t stop Redditors from cracking jokes in what became the busiest thread on the AMA.

A few pointed out that this officially makes him a Marvel superhero, for example.

“I can’t believe that actually works. We all made fun of Marvel movies for using this as a disguise but here we are,” wrote another.

Someone joked that Superman is always recognized while in disguise but that people are too polite to point it out.

We have a feeling, though, that the hat really works for Gates. We searched through hundreds and hundreds of photos of him (taken everywhere from tech conferences to casual outings) and only found one where he’s sporting a hat.

Clearly, he’s saving his hats for his incognito days. 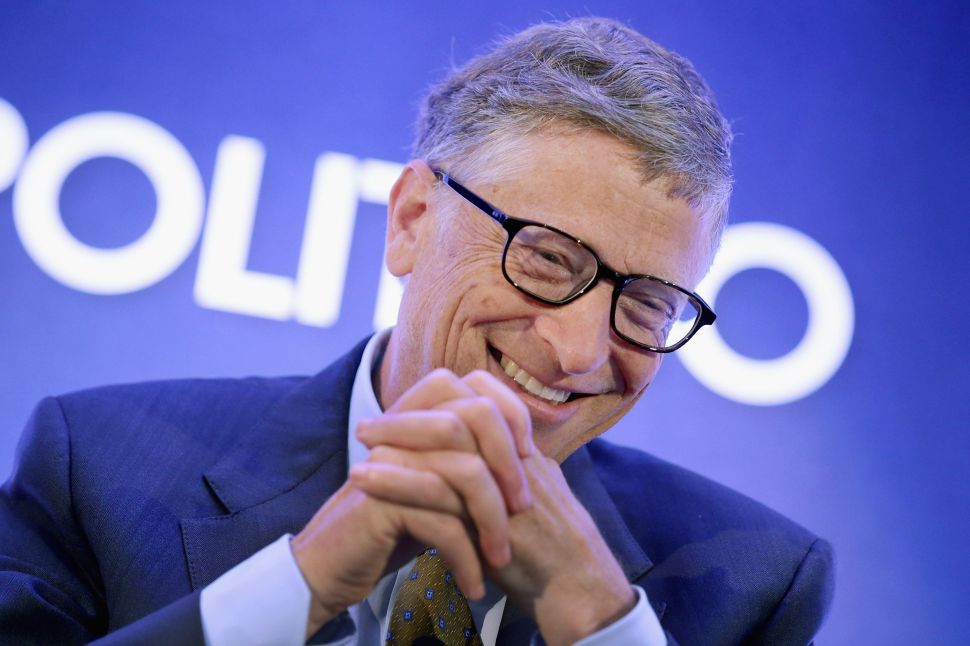