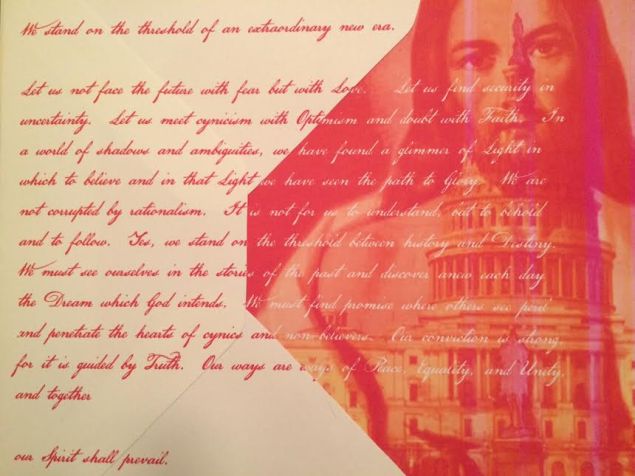 It’s been just over one month since Donald Trump took office, and already messages of protest are popping up in unexpected places. One such example is at Brooklyn’s Ground Floor gallery, where organizers are pledging to donate proceeds from a pop-up exhibition titled “Marked Urgent” to the Committee to Protect Journalists. The show opens for just two days on February 24, and is giving artists a chance to respond to the Trump administration’s testy relationship with the media.

But while “Marked Urgent” is inspired by recent events, not all the artwork on view is overtly political. Rather, each of 39 participating artists’ works have been made with materials traditionally used for correspondence and communication: letterhead, newspaper, books, mail, and even Post-It notes. Works are for sale at $75 a piece.

“Like many New Yorkers, my gallery partner, Jill, and I initially felt vulnerable, helpless and deeply dismayed by the election results. We were in the midst of planning our upcoming season and found it hard to focus on ‘business as usual’ with the daily onslaught of news about our new administration,” says Krista Saunders Scenna, who co-directs Ground Floor. “We realized that the only way to proceed with the business of running our gallery was to integrate some form of resistance into our programming.” 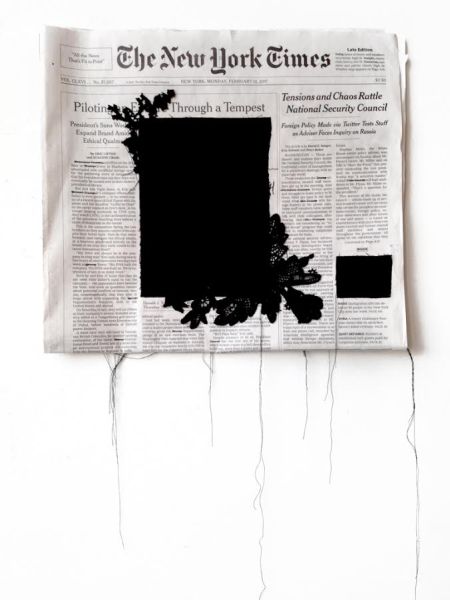 There’s hardly a controversial topic that has yet to be tackled in the art world, but subjects once considered taboo—such as race and reproductive rights—are now at the forefront of the national conversation. From concurrent exhibitions about feminism organized to benefit Planned Parenthood at The Knockdown Center in Queens and The Untitled Space in Manhattan to a pop-up exhibition of work from the Black Lives Matter movement at Brooklyn’s The Living Gallery, today there is no shortage of opportunity to support an important cause through art. However, an art show about the freedom of the press is still a relatively new territory for the art world.

“Marked Urgent” was assembled somewhat last minute, with a call for submissions from the gallery going out via email a few weeks before the show was slated to open, and some artists found out just this week that their work would be exhibited. While the call stated that artists could submit existing works and works in-progress, some, like New York-based artist Spencer Merolla, took the opportunity to make something entirely new and different. Merolla’s cut and sewn copy of the New York Times features a big black swatch of fabric in place of the paper’s main image, adorned with antique lace and hanging thread. The artist describes the piece as “my editorializing—the emotional experience of reading the day’s news grafted back on to the paper itself.” Add to this the fact that the Times has frequently been the subject of President Trump’s negative commentary about the media. 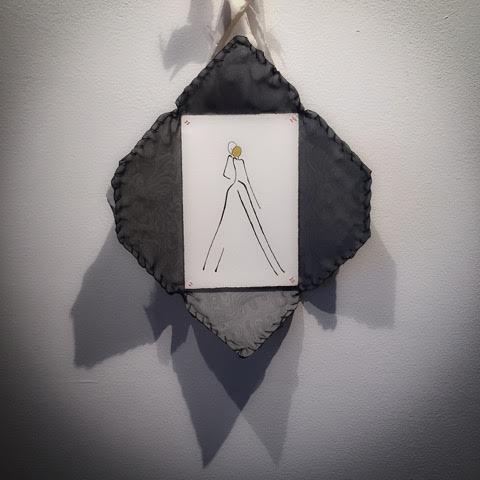 Similarly, Ian Trask’s A Prayer for Democracy super-imposes a collaged photo of Jesus Christ over the Capitol Building along with written words in a kind of visual prayer meant to inspire America to find common ground and understanding. “While I’m not a religious person, I find the idea of prayer helpful in this context,” he says.

“It’s clear to me that our government is no longer capable of effectively policing itself,” says Trask. “The system has been hijacked from the people it’s supposed to protect and represent…Thankfully the press represents another arm of the checks and balances fail-safe mechanism.”

While the art world has, and continues to be, a vital platform for free expression, the Trump administration’s proposed budget cuts to the National Endowment for the Arts and the National Endowment for the Humanities has many in the community worried for the future. “I suppose, working in the art world, we’ve taken free speech and artistic freedom for granted,” says Saunders Scenna.

Artist Dara Oshin, whose work is on view in the show, sees much in common between the media and the arts, and summarized the importance of the exhibition by saying, “I see artists as an extension of the press in the sense that artists and journalists ask tough questions, expose truths, hold a mirror up to society, and challenge authority, to name a few things.”

“Marked Urgent” is on view at Ground Floor Gallery, February 24-26. 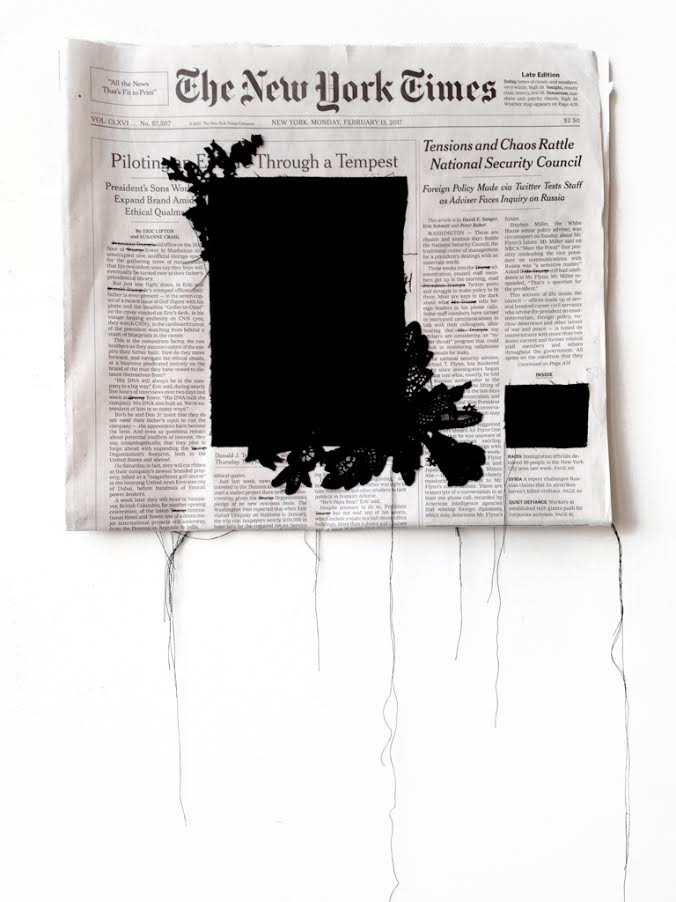