Remember when MTV stood for Music Television? Back when music videos were king and you waited until the end of Total Request Live to see your favorite artist’s newest video?

When YouTube launched in 2005 we entered the era of immediate gratification. While YouTube allowed you to watch all your favorite videos, at any time, no Tivo required, somewhere along the way music videos lost their relevance. But now, with the world’s biggest platforms like Facebook embracing video streaming, perhaps we can make music video premieres matter again.

On Monday, Chance The Rapper premiered his video for “Same Drugs” (the latest single from 2016’s acclaimed Coloring Book) on Facebook Live via his personal page. After posting a notice less than 15 minutes before it went live, more than 33,000 people tuned into to watch the stream.

Chance the Rapper’s live video premiere is a watershed moment for the possibilities that lie ahead for internet video streaming. We are approaching a new crossroads in the music industry, where old methods resurface to exist alongside the new. Music videos have the potential to exist as an event once more, while still profiting from modern platforms.

Music videos went from being an active form of entertainment to a browser tab we keep open on the side. But desktop streaming services like Spotify have made this once-novel way of listening to music obsolete. Injecting spectacle back into music video premiere isn’t just a strategic marketing tool—it seems to signal the reemergence of a concept we long thought was extinct: music videos can still be creative. There’s a whole new generation of nostalgic ’90s kids out there running things now, is it any surprise they’re nostalgic for the thrills of TRL?

Of course, Chance isn’t the first artist to attempt this, and a prerecorded video premiere is not the most daring thing you can do online.

Last September, French Electro-Pop artist Klingande made history by filming for his single “Somewhere New” live on Facebook. The producer and guest vocalist M-22 danced their way through a studio filled with lights and cardboard backgrounds. The effect was not a cinematic masterpiece, but it’s still an intriguing experiment that required a lot of preparation and choreography.

This type of performance is rarely worth the effort. Still, the dynamic nature of social media platforms has allowed Jason Derulo to premiere a video on Instagram, and even Madonna has taken on Snapchat. With the continued proliferation of live videos, it’s not preposterous to imagine the most ambitious big-budget artists like Kanye West or Lady Gaga making headway in this niche soon as well.

From a business perspective, videos have never been the most lucrative product. Merchandising, concert tickets, album sales (at one point) were the surest sources of artist income. Videos were important for exposure. The networks profited from the ratings certain programs would give them, with premieres used as a tool to spike interest. Musicians would still only get a minimal percentage of the cut. And creatives came home with even less.

Since YouTube went mainstream, music videos have been sought out, not stumbled upon. The marketing aspect of the music video has been forever reduced. For proof look no further than the complete drop-off of the video space from most mid-tier artists in fringe genres over the past decade.

Still, a hit can bring in new fans through ads and sponsorships. And the wave of fan-made videos and lyric videos has brought us to the era of Content ID. Musicians can now get a cut of royalties whenever their songs are used in a video. Or alternatively, just have any content using their music taken down.

Music videos used to be an important stepping stone for young filmmakers. Spike Jonze began his career directing videos for The Beastie Boys and Weezer in the early ’90s. A decade before Fight Club, David Fincher did videos for Madonna and Aerosmith. Marc Webb is arguably better known for his political, moody Green Day videos than his critically panned Spiderman movies.

The decline of videos has made this a slippery stepping stone, but the steady stream of talent hasn’t dried up.

European collective CANADA worked with Tame Impala on their 2015 video for “The Less I Know The Better.” A work of genuine storytelling and trippy abstraction fitting of the band’s trademark psychedelia, the video begins with a title card followed by “A film by CANADA.” It concludes with 30 seconds of credits. Hiro Murai, who has worked on Childish Gambino’s videos for the better half of a decade, also directed a majority of the episodes of Glover’s beloved first season of Atlanta.

Those levels of connections are rare, but if more artists include credits in the video and not just in the YouTube descriptions, perhaps we might continue to further craft beyond our current expectations. Perhaps even put the production info in your Facebook link, so when viewers are hitting refresh they can read up on the director and dive into their previous work.

“Same Drugs” is now on YouTube and is approaching 2 million views. The live numbers are not even close to comparable. It’s a logistical impossibility that Facebook Lives will ever reach the amount of exposure a YouTube link could. But if artists can use YouTube to monetize and Facebook to advertise, maybe we’ll see more fanbases clamoring for their favorite artists to take a chance on music videos. 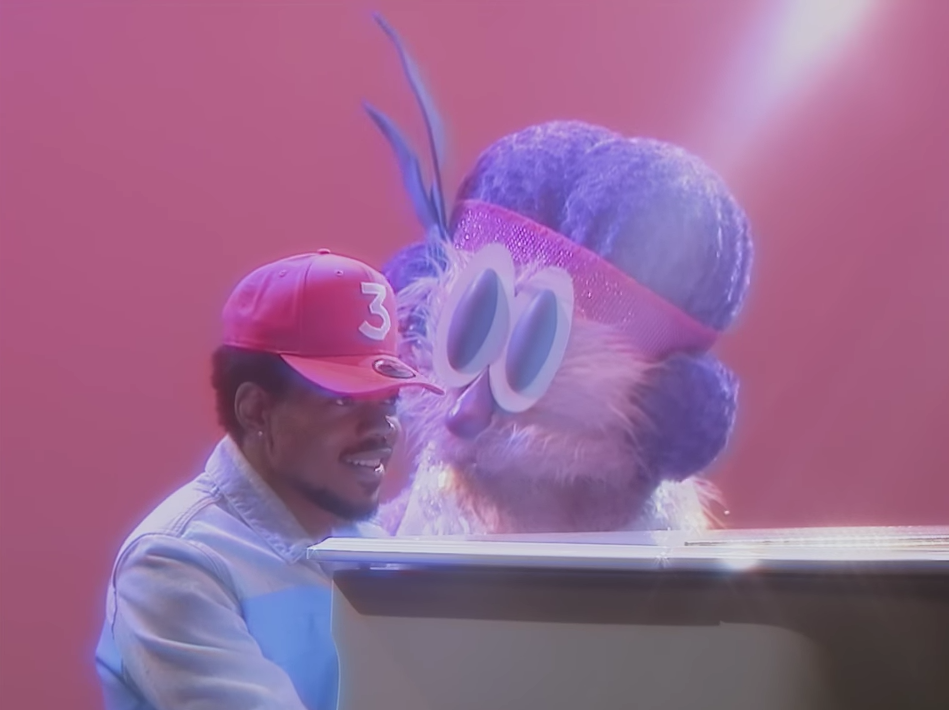