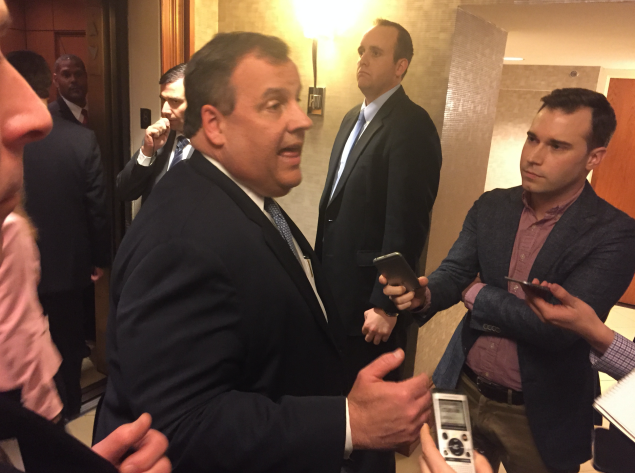 Governor Chris Christie sowed doubt about his would-be successors at the reception for the N.J. Chamber of Commerce’s annual “Walk to Washington.” JT Aregood for Observer

WASHINGTON — New Jersey governor Chris Christie had a simple message on the night of his last address to the crowd at the state chamber of commerce’s annual congressional dinner: beware the promises of those who might take his place. After a speech in which he said the changes he signed into law could be undone in far less time than his time as governor, Christie didn’t restrict his rebukes to the Democratic side of the gubernatorial race. 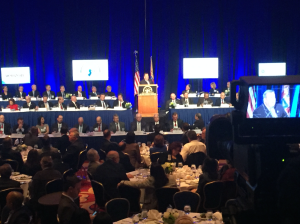 Christie delivers his speech flanked by N.J. senators and members of congress. JT Aregood for Observer

“You’ve got candidates running around that are promising the sun and the moon and the stars, and they’ve got to understand one or two things: either they’re lying, or they’re going to increase taxes so much that people are not going to be able to live here any more.”

Asked who among the leading gubernatorial hopefuls he was referring to—Democrat and former Goldman Sachs executive Phil Murphy, Republican Assemblyman Jack Ciattarelli and Republican lieutenant governor under Christie Kim Guadagno—Christie said there was blame to go around.

“There’s examples on both sides. A little more stark on the Democratic side,” he said. “You have one candidate who’s saying ‘I’m going to make the full pension payment.’ Well I’d like to know where he’s getting $6 billion from.”

The candidate Christie was referring to is Murphy, who has called for the state’s beleaguered pension system to disinvest from high-risk hedge funds and for the state to establish its own public bank to diminish risk.

As for the man who helped keep Christie in the headlines over the last year, the governor repeated that he is not on deck for a job inside the administration of President Donald Trump. The news of Christie’s endorsement of his former primary rival broke on the return leg of last year’s “Walk to Washington,” leading to months of speculation about a post in the cabinet that failed to materialize.

Asked whether he was headed to the White House to follow up on his lunch with Trump earlier this week, Christie said “I’m going over there and he’s actually going to make me emperor.”

His take on Trump’s press conference earlier that day?

“The little bit that I saw? That’s Donald Trump.” 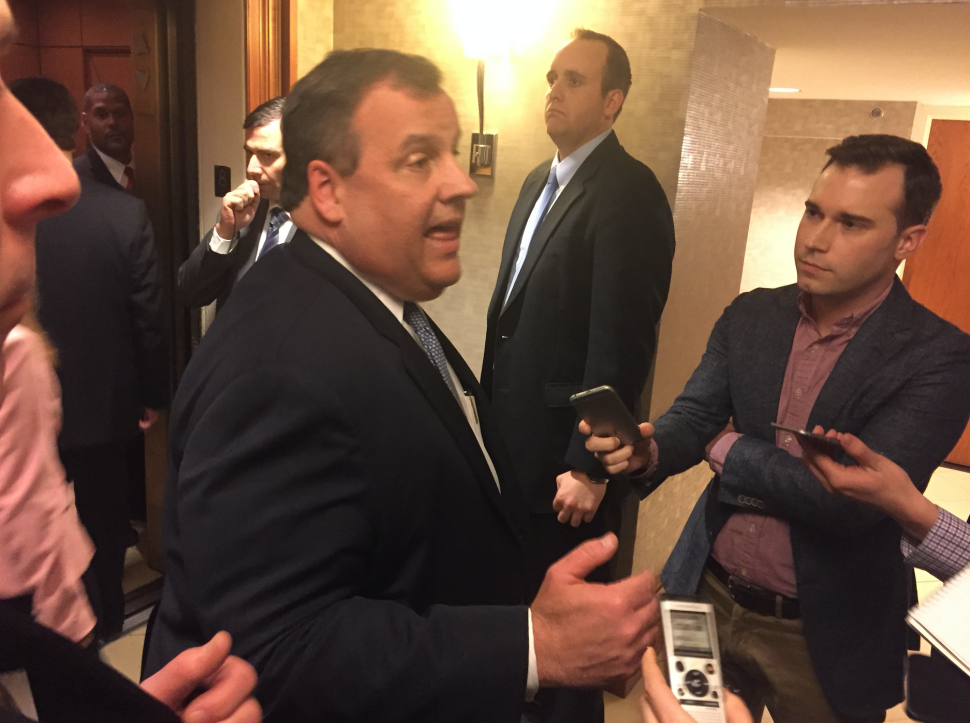