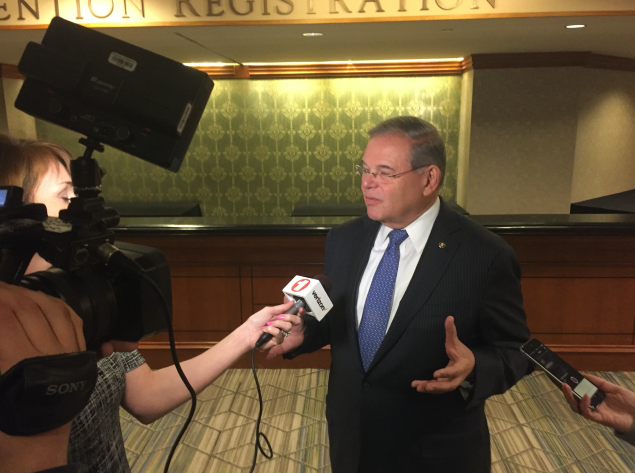 WASHINGTON — Speaking just before the annual congressional dinner that serves as the centerpiece of the New Jersey Chamber of Commerce’s “Walk to Washington,” Democratic U.S. Senator Bob Menendez kept an even keel on President Donald Trump’s nominee for the Supreme Court while offering harsh criticism for the president’s unpredictable approach to diplomacy.

Neil Gorsuch will be the fourth SCOTUS nominee Menendez has considered during his tenure, and he said he is looking forward to giving Gorsuch’s writings, rulings and record the same “deep dive” he’s given others.

“All of those together will lead me to a conclusion,” he said of that research and Gorsuch’s coming Senate confirmation hearing.

Some Democrats are pledging to block Gorsuch’s nomination just as Republicans did with former president Barack Obama’s choice for the seat, Merrick Garland. Trump and the Republican Senate majority have pledged to go forward with the ‘nuclear option’ of changing the confirmation process to require a simple majority of 51 votes if that happens.

Menendez was less cordial on the subject of Trump’s many executive orders since his inauguration last month, including a ban on immigration from seven majority-Muslim countries. Although an appeals court shot down that order, raids by the U.S. Immigration and Customs Enforcement have continued apace.

Menendez pointed to Trump’s campaign pledge to revitalize U.S. manufacturing, saying he has been disappointed with the focus on immigration.

“Those economic questions, I thought, were the ones we were going to start off with instead of these social and foreign policy questions in a way that undermines national security and domestically creates fear in millions of immigrant families.”

The senator also cited Trump’s abrasive and unpredictable style with other world leaders—Trump reportedly hung up on the prime minister of Australia in frustration and has promised a confrontational approach with Germany, the European Union’s de facto economic overseer.

“When you’re harsh on our allies like Germany and Australia but you can’t find a challenging word for Putin, that worries me.” 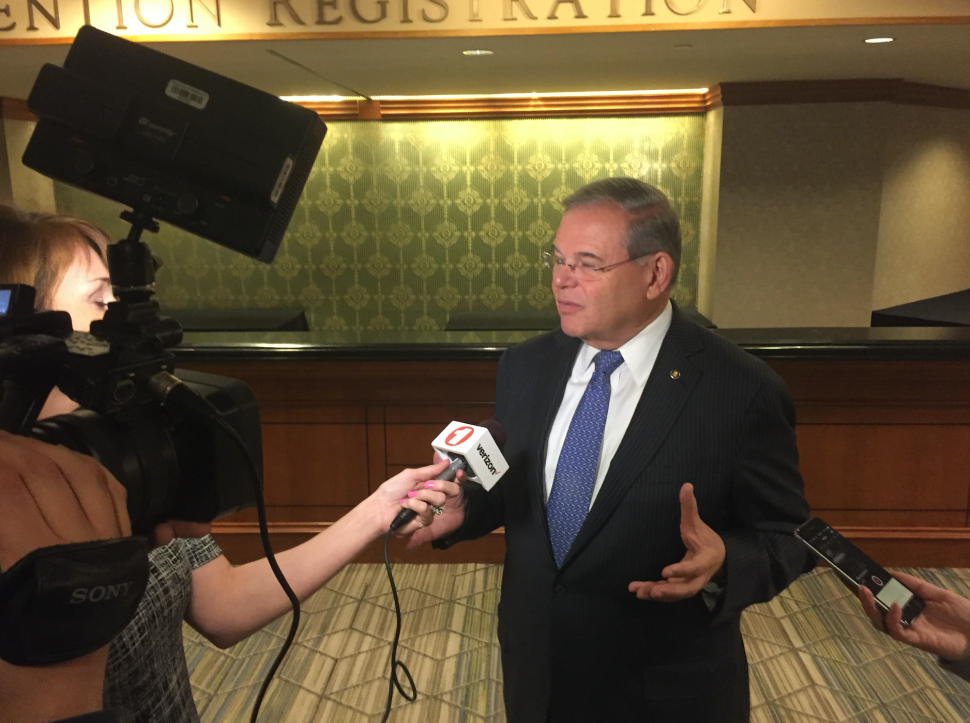