Charles Keidan and Rebecca Steinfeld, a British couple, have lost their High Court challenge to a law that restricts civil partnerships to gay couples. The couple from London challenged a ruling that they did not meet the legal requirement for the partnership because they are not the same sex.

The case is the latest in a long-running debate in the UK over the definition of marriage. Initially, Prime Minister Tony Blair brought in Civil Partnerships Act in 2004 as a uniquely gay union, away from religious institutions and specifically avoiding the word “marriage.”

While civil partnerships are identical in almost all respects to civil marriages, there was still clamor for the government to go further. In 2013, David Cameron, prime minister at that time, introduced gay marriage.

Although controversial, the new institution was the same as civil partnerships except in name and that the union could be conducted by a religious institution.

Like in America, the bone of contention has always been the definition of marriage and whether it should be reserved for a union between a man and a woman conducted in a religious institution. Many gay people felt they had a right to marriage, and others felt it was a religious action and sought to avoid it.

Similarly, secular straight couples began demanding the right to have their union recognized as a civil partnership. Currently, they do not have the right to do this, which has lead to claims of discrimination against the straight community.

All three Court of Appeal judges—Lady Justice Arden, Lord Justice Briggs and Lord Justice Beatson—agreed that the discrimination against heterosexual couples could not last indefinitely. Therefore, the court has given the government time to come up with a solution.

The two obvious options are to abolish civil partnerships or to open them up to straight couples.

Rebecca Steinfeld and Charles Keidan said there was “everything to fight for” and intend to appeal to the Supreme Court if the government does not take action.

The couple has also launched a petition on Change.org that has attracted nearly 75,000 signatures. The petition states: “The current system doesn’t make sense and needs to be brought into line with places such as Holland and New Zealand where couples can choose between marriage and civil partnership. Opening civil partnerships to all would bring the law up to date with the reality of family life: three million co-habiting couples with 1.8 million dependent children, all of whom currently lack the protection of marriage and choice of civil partnership.”

There is a bill before Parliament that would widen access to civil partnerships, but it’s likely to become stagnant because it is being tabled without government support.

This case comes just days after the Church of England rejected a report calling for gay weddings to be conducted in its churches. The report was put forward by the House of Bishops to the House of Laity.

The proposal is popular among some but goes against assurances given to Christians during the passage of the 2013 act. At the time, Prime Minister David Cameron promised the right of religious institutions to conduct gay weddings would not turn into a requirement for the state religion to adopt the practice.

Gay marriage is relatively popular in the UK, and the majority of British people supported the move in 2013. 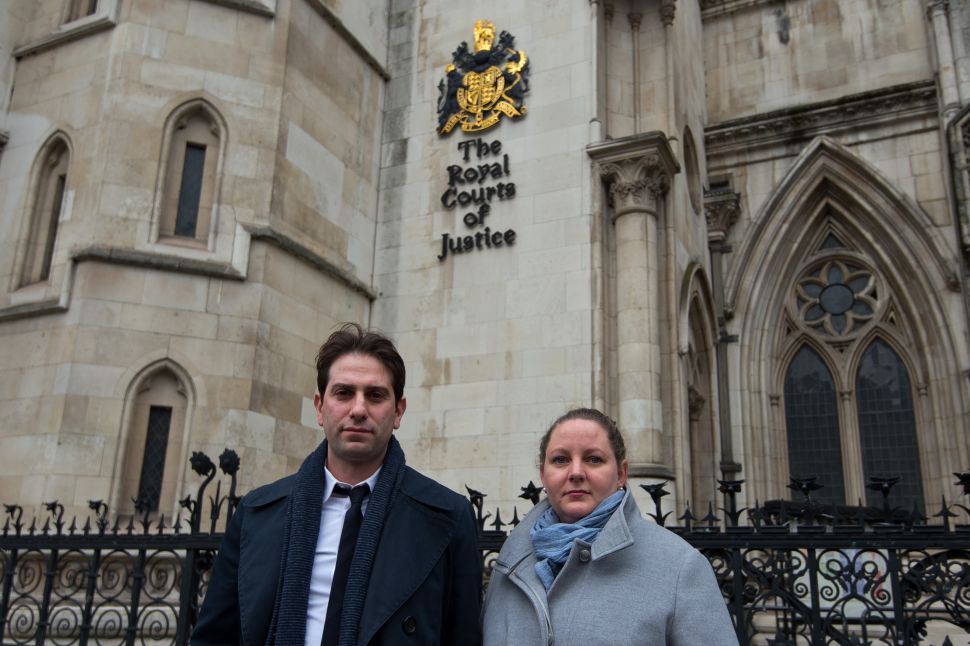