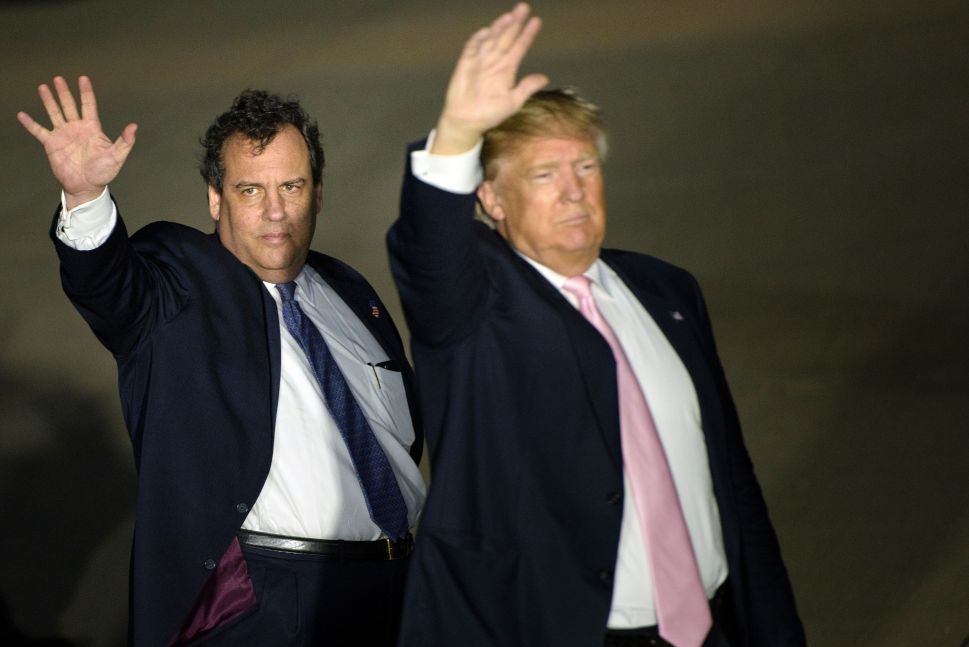 Politico is reporting that Gov. Chris Christie will have lunch with President Donald Trump this week. The governor is scheduled to be in Washington on Thursday evening for the annual New Jersey Chamber of Commerce Congressional Dinner, where he will be the keynote speaker.

Christie’s participation in the 80-year-old tradition marks something of a turnaround in the Governor’s tone during the final year of his term. Back in 2009, Christie mocked the chartered train for allowing special interests to rub shoulders with elected officials, billed as a chance to “Build Your Contacts During Two Days of Intense Networking.”

As a gubernatorial candidate, Christie skipped the Walk to Washington, which had traditionally been a required pit stop on the path to Drumthwacket. Then Christie — along with most of his administration — skipped the 2010 trip. There had been a serious rift between the Chamber and the New Jersey GOP, with much of the anger aimed at the group’s then-President, Joan Verplanck. Republicans viewed Verplanck as too closely allied with Gov. Jon Corzine (who had considered her as a potential Lt. Governor candidate) and had endorsed Corzine’s toll hike plan—a puzzling move for someone whose position supposedly demands low government spending in the interest of keeping money in the hands of consumers who can then spend it on the businesses that pay dues to the Chamber.

Corzine nominated Verplanck to the Kean College Board of Trustees, but her nomination was blocked in the Senate by State Sen. Bill Baroni, then a staunch Christie ally. Six months into Christie’s term, Verplanck ended her fifteen-year tenure with the Chamber and became president of the Delaware Chamber of Commerce. Toward the end of 2010, Verplanck spoke at a fundraiser at the home of then-State Sen. Barbara Buono and touted the Metuchen Senator as a potential Christie opponent for 2013—a prediction that came true (with very disappointing results for Ms. Buono).

Eight years later, things have changed.  The Chamber website touts an endorsement by Christie, featuring a quote from the Governor: “The year really does not begin until the Chamber dinner in Washington when we gather to review the last year and look ahead to what New Jersey’s future can once again be.”