“We need the alcohol to get through,” says Joanna Coles, one of the stars of the new series So Cosmo.

The new docuseries follows the work hard/play hard lifestyles of the young women and men at Cosmopolitan magazine. Set in New York, So Cosmo goes inside the glamorous pop culture mecca and exclusive world of these trendsetters whose real‑life experiences inspire the pages of the magazine.

Each hour-long episode uncovers the glamor and behind‑the‑scenes drama of the staff’s celebrity encounters, fashion events, and beauty shoots, all while juggling romances, social calendars, and cutthroat competition.

When the series begins, Coles is Editor in Chief of the publication, but in a twist that even the showrunners didn’t see coming, Coles was snatched from that role to take on more responsibility as Chief Content Officer of Hearst Magazines.

Executive Producer Rob Bagshaw says that Coles’ promotion was a huge story for the show. “It sent the production reeling, when she announced, literally day one of filming. It really sent everybody into quite a tailspin.”

This is where the alcohol comes in. “The drinks are just literally a coping mechanism because it’s so busy,” explains Coles. “The industry is so disrupted, as you all know. We are a super-supportive staff, but it doesn’t mean that we don’t go at each other when we’re really under pressure. So the socializing that you see a lot is part of how we decompress.”

Diandra Barnwell, Cosmo’s Brand Coordinator, adds, “And, I think also, as someone who is the demographic ‑‑ I’m 27 years old ‑‑ having drinks and having fun with your friends, and also trying to balance a professional life, is not out of the ordinary. We bring in real scenarios and put it into the magazine, and that’s really what fuels our content.”

Executive Beauty Editor Leah Way Romito says that the socializing doesn’t preclude actually getting work done. “As the season progresses, you’ll start to see how every cast member touches every single page of the magazine. My team is pitching, writing, editing almost 20‑some pages of beauty a month, and then we’re working on three issues at a time, so that’s 60 pages that we’re dealing with, and every other cast member is doing the same thing.”

Coles adds, “In theory, if we do it right, you should be able to see everything we’ve been working on actually in print.”

This isn’t Coles’ first series, having previously appeared in Running in Heels, about Marie Claire magazine, and on Project Runway All Stars.

Differentiating between Running in Heels and her latest show, Coles says, “When we did [that show], I was in my first year at Marie Claire, and my only anxiety, honestly, was not to get fired myself and, then not to get anybody else fired. I had just embarked on the job, and obviously, I had no idea what I was doing. This feels very different because I have been an editor longer.”

The current focus of Cosmo is very much by design, says Coles. “When I took over at the magazine, I thought about what was happening in women’s lives and our first issue actually coincided with the publication of Sheryl Sandberg’s book Lean In, and we realized [there] was a huge revolution going on. Women had been in college in equal numbers as men for the last 30 years, but there was still only three percent of Fortune 500 companies led by women. We still don’t have equal pay for equal work, and there’s still a tremendous anxiety about women’s healthcare.”

She continued, “So I felt very strongly that it was important to not exactly pivot Cosmo, because it’s always been about female empowerment, but to broaden the subject matter [to talk about] why aren’t there more women leaders? What does it take to get there? How do we make sure that we negotiate better ourselves? Because if we don’t, no one’s going to hand it to us.”

With the advent of adding these elements, Coles feels that Cosmo has become a more contemporary magazine. “I feel it’s a very modern voice, I think you see part of that in the show.“

Speaking of comparisons to the character of Miranda Priestly from the feature film The Devil Wears Prada (who is rumored to be an homage to Vogue Editor in Chief Anna Wintour), Coles remarks, “Well, actually, my role model for editors has been two really, and this is going to sound awfully grandiose, but who didn’t fall in love with Bernstein and Woodward? It’s impossible to be a journalist and not have them at one end. And, one more role model would be [the British comedy series] Absolutely Fabulous. [I know] Ab Fab was, obviously, created, but really our real lives are channeling that much more than the Miranda Priestly.”

Her real main concern with regard to the series was that those participating be shown in a fair manner. “I didn’t want it to fall into the clichéd tropes of our business because that’s not actually how it works. My real anxiety was just making sure that it felt like this is actually how people work. It’s really about how you get stuff done, how you get promoted, how you guard your place, and how you get people to like you and work with you.”

Coles laughs when asked if there’s anything she didn’t want to see on the air. “My sex life!”

Continuing the levity a bit but with a slightly serious tone, Coles says, “There were so many Human Recourses infractions in this show. Look, we all know HR says one thing, and then there are the real‑life negotiations that go on in an office to actually get shit done. This is genuinely an office drama.”

‘So Cosmo’ airs Wednesdays at 8e/p on E! 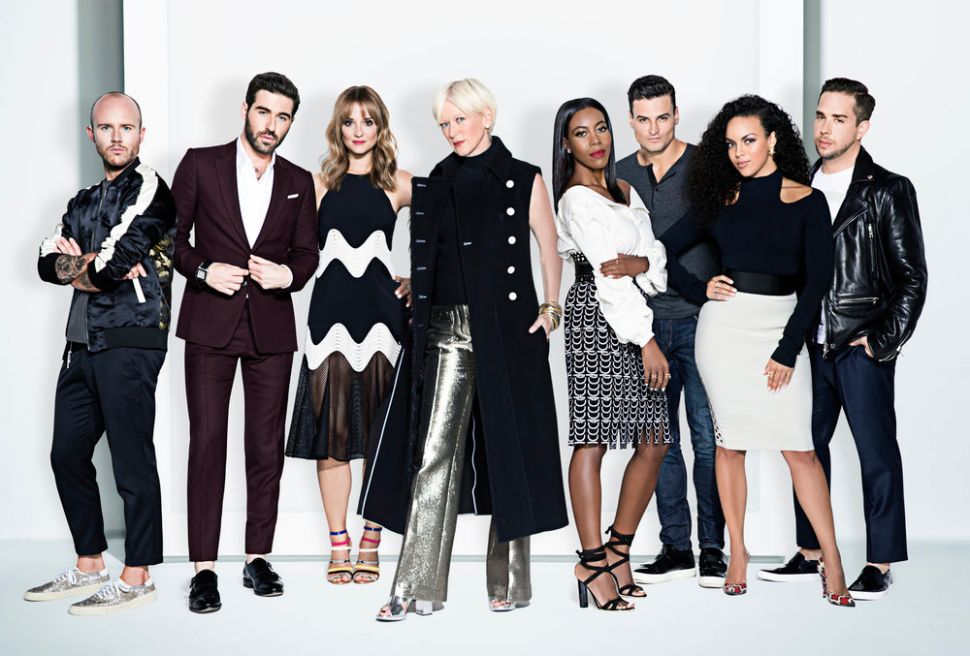