In 1997’s sci-fi hit, Gattaca, a genetically “imperfect” human wants to become an astronaut despite a society prejudiced against him due to his entirely natural birth. This non-engineered reject was played by Ethan Hawke, because Hollywood is Hollywood. The film took place in the “not-too-distant” future, one in which basically all of humanity has been designed from the womb to be as perfect as Uma Thurman at 27 (as she was then, playing opposite Hawke).

Scientists have a message for you today, though: stop thinking about human genetic modification as science fiction. It’s coming. Scientists in China have already made edits to human embryos. Tuesday, the National Academy of Sciences (NAS) released a lengthy consensus report following up on a summit last year on the ethics of modifying human genes, as many outlets simultaneously reported.

A new TED talk went live on the organization’s website and YouTube page Friday that captures scientists’ dilemma. Along with three earlier talks, concerned citizens can get a handle on the issues raised by amending human DNA in less than an hour.

The NAS report supports using gene editing to prevent diseases, counsels caution in other ways and condemns genetic enhancement. Here’s the crux of the recommendation, as quoted by Wired:

“The committee recommends that genome editing for purposes other than treatment or prevention of disease and disability should not proceed at this time, and that it is essential for these public discussions to precede any decisions about whether or how to pursue clinical trials of such applications.”

The precipitating technology for the summit is called CRISPR. It dramatically accelerated our ability to make specific edits to organisms’ DNA. Undoubtedly, most readers will have at least heard passing mention of CRISPR, which can enter a cell, find precisely the part it wants to change and replace it with new genetic code. CRISPR often gets described (perhaps a bit too cavalierly) as a word processor for cell software.

CRISPR, by the way, is an acronym for “clustered regularly interspaced short palindromic repeats.” No one will ever expect you to know this—ever.

It could solve some of humanity’s greatest problems, but handled incorrectly it could also become an engine powering a future that would make most of us queasy, and that’s why these speakers argue everyone needs to take part in the global conversation about how the technology gets used. After all, our taxpayer dollars paid for its development.

“We’ve got an infrastructure that allows a certain percentage of people to spend all their time doing research,” Ellen Jorgensen, the co-founder of a community biotech lab, argues in her talk. “That makes us all the inventors of CRISPR, and I would say that makes us all the shepherds of CRISPR. We all have a responsibility.”

TL;DR: no one knows how to edit human genes and make a super baby yet. There’s a lot that would need to get worked out, but at this point it’s just a matter of engineering. CRISPR has provided the basic tools. Now it’s just trial and error to learn how to use it.

The first automobile only went 7 mph. We live in an age now where no one doubts that if you can make something, you can make it better. Imagine that tomorrow someone devised how to teleport a brick across the room, but it arrived in pieces. We would definitely eventually sort out sending a brick through hole. That first step is the hardest part.

So where do we go from here?

University of California at Davis biologist Paul Knoepfler’s talk from TEDxVienna last October best summarizes the issues at stake in the NAS report: what ethical dilemmas arise when scientists set out to improve humans?

He opens with a hypothetical story 15 or so years in the future: one family has a naturally born baby and the other has an upgraded baby, which has become the norm for the day and age. He posits a variety of scenarios in which he wonders whether or not parents will really be comfortable resisting genetic improvements to their offspring once their neighbors and friends start to do it. Your kid has a runny nose, she’s late to speak and she’s always getting sick. Your neighbor’s 12-year old is doing graduate level mathematics and has a black belt. Who could continue to resist?

“I see a new eugenics bubbling to the surface,” Knoepfler says.

Eugenics is a set of beliefs that aims at improving the genetic quality of the human population, as Wikipedia describes it. Proponents of eugenics have unsettling ideas about race.

“It’s supposed to be a kinder, gentler, positive eugenics, different than all that past stuff,” Knoepfler says. “Even though it’s focused on trying to improve people, it could have negative consequences.”

In scientist talk, that translates into: “sorta freaking out you guys.”

With initial modifications made in China, as well as countries like the United Kingdom opening the door to limited experiments, Knoepfler believes a “Pandora’s Box” has been opened. He gave his talk as a way of previewing the issues to be discussed by the NAS in the report that just came out.

It should be no surprise that the best talk in this roundup comes, not from an academic scientist, but the founder of a community research space. Knoepfler’s talk sets the table, but Jorgensen serves the meal. She directs Genspace in Brooklyn, and she knows how to relate heavy scientific concepts to regular people and get to the key issues. She spoke at a TED event in June 2016.

But it’s been a little oversold.

Jorgensen attests that she’s started getting emails from people asking if they can come by her lab and genetically modify their problems away. The idea of transhumanism has really started to take hold. Still, Jorgensen cautions that it’s not so cheap nor so simple yet. CRISPR requires a full lab and trained technicians to run. You can’t do it at your kitchen table, and no one has any clue how to tweak a fully grown human yet.

“In a Petri dish, that’s not that hard, but if you’re trying to do it on a whole organism, it gets really tricky,” Jorgensen says.

Though technicians can edit a specific gene precisely inside a cell, that doesn’t mean we know how edit a gene to fix most people’s problems. That’s a long way off, and getting there looks a bit scary. Let’s say we did know a way to change genes throughout a whole human body so that the hair on a man’s head started growing back. There’s more we don’t know, like whether or not fixing his hair problem might also amp up his aggression or dangerously increase his blood pressure. Or turn him blue. Who knows?

“These are not trivial questions, and there are scientists that are trying to solve them, and they will eventually, hopefully, be solved,” she says. “But it ain’t plug and play, not by a long shot.”

Big problems have been solved though, and the implications of the solutions get freaky.

Jennifer Kahn is a journalist who has covered CRISPR. Her writing has appeared in all the best magazines for science writing, including The New Yorker. She gave a talk on CRISPR’s power to quickly change a whole species in London, September 2015.

Mainly, she focuses on mosquitoes.

She met a scientist who engineered a mosquito to resist malaria, but he couldn’t spread the gene. Once upon a time, you could genetically modify an organism in a cumbersome fashion, and sometimes the gene would get passed on and sometimes it wouldn’t. That’s the basics of how nature works, and it’s worked out really well for about 4 billion years. By not guaranteeing that changes get passed on, nature weeds out bad mutations while still giving good mutations a shot.

Until CRISPR—it can guarantee that traits get passed on. She calls this function a “gene drive.”

She tells the story of scientists that modified mosquitoes so that they would both resist malaria and have bright red eyes (the latter trait just made it easier to know if the former had been passed on). In traditional genetics, we would expect that after breeding a genetically modified mosquito, some would have red eyes and some would have white. With the CRISPR gene drive, every single one had red eyes. It makes you picture this giant box filled with possessed bloodsuckers—there’s really nothing inaccurate about that picture.

“Gene drives are so effective that even an accidental release could change an entire species, and often very quickly,” she says. On the flip side, one could also be used to put out a reversal gene, but unforeseen consequences could also stack up quickly in nature.

Still, the technology puts at our fingertips the ability to eliminate malaria. Is it right not to use it?

Finally, we hear from an inventor of CRISPR, from TEDGlobal in London, September 2015. It might seem strange to put the origin story of this technology at the end, but the truth is we’re long past its first days. The University of California at Berkley’s Jennifer Doudna told how she and her research partner discovered this way to read, splice and edit genes. She also gave her opinion of what it means for us to live in a world in which the genetic word processor has been invented.

By the way, credit for the invention of CRISPR is under hot debate in courts right now, with patent fights underway between the University of California and an organization jointly run by Harvard and MIT.

But no one questions that Doudna has been a keystone of this field. The pioneer counseled cautious optimism, saying:

“We have to also consider that the CRISPR technology can be used for things like enhancement. Imagine that we could try to engineer humans that have enhanced properties, such as stronger bones, or less susceptibility to cardiovascular disease or even to have properties that we would consider maybe to be desirable, like a different eye color or to be taller, things like that. ‘Designer humans,’ if you will.”

The “not-too-distant” future is upon us.

We paid for this future, as Jorgensen reminded us. Now these writers and researchers have charged us with thinking it through. 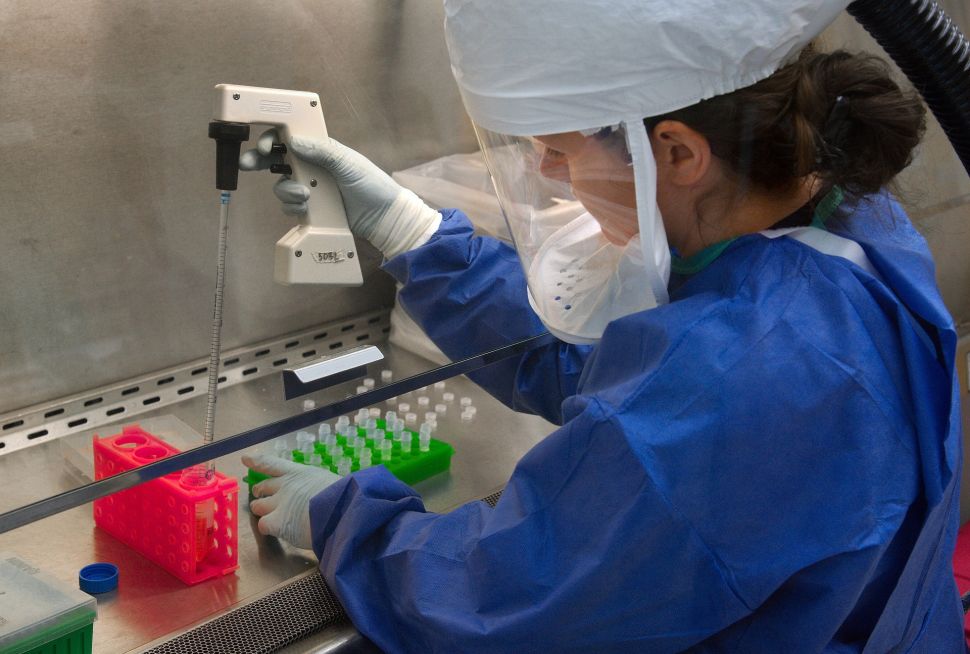