This past July, I was blessed to have led the Republican Party’s passage of what President Donald Trump called “the most pro-Israel [party] platform ever.” At that time I explained, to the unanimous approval of our party and pro-Israel advocates everywhere, the following:

“The platform we present today places our support squarely behind Israel’s sovereign right to decide her own future with G-d’s help. It does not foreclose any possible solution to the conflicts Israel faces, including the two-state solution. Instead it affirms that we will be here to support our greatest ally in solving her challenges as she sees fit, in her own superior judgment.”

During the process of preparing the platform, I was honored to have worked with David Friedman, President Trump’s nominee to serve as ambassador to Israel. A wiser pick could not have been made, particularly in the wake of the Obama administration.

The nomination of Friedman to this important post is drawing the opposition of left-wing extremists who falsely accuse Israel of being an “occupier”—a polite word for a thief. Support for a two-state solution is based not on seeking peace, but rather to rectify the “occupation,” suggesting Jewish invaders colonized lands belonging to the Palestinian-Arabs, and must now offer territorial restitution to its rightful, victimized owners. These extremists could not care less about the many existential security risks Israel would face if it were to do so.

The cynical attacks upon Friedman’s nomination are all about promoting the occupation lie and, not surprisingly, also involve gross misrepresentation of the nominee’s personally held positions. Their goal is to demonize Israel and her supporters, using this important nomination as an opportunity to generate controversy that may negatively impact the perception of uninformed onlookers. As the late senator Daniel Patrick Moynihan pointed out, “people are entitled to their own opinions, but not their own facts.”

Friedman is a rational pragmatist. Like nearly all others in the pro-Israel community, he recognizes the existential threat to Israel of a Palestinian state based upon the Palestinian Authority’s refusal to renounce terrorism and incitement, recognize Israel’s right to exist as a Jewish state, and accept basic terms of demilitarization. Beyond this, Friedman joins the GOP platform in hoping for peace while responsibly recognizing that America’s policy must be driven by reality. This includes a healthy respect for Israel’s sovereignty and firsthand understanding of existing facts, circumstances and concerns.

Indeed, the ascension of President Trump represents a major departure from the hostility of the Obama administration and its perpetuation of the lie of occupation. Nevertheless, Friedman and the Trump administration, along with the rest of the pro-Israel community and Israel itself, remain quick to point out that what they seek first and foremost is peace.

Importantly, David Friedman is receiving the quiet but strong support of AIPAC. My recent visits with key senators and their staff on Capitol Hill revealed that senior AIPAC board members and major donors have been privately contacting Senate offices to ensure support for the nomination, particularly among remaining Democrats who in 1995 voted in favor of relocating the U.S. embassy to Jerusalem. This support for Friedman’s nomination is a vital bridge-building exercise between AIPAC and the Trump administration.

It is also clear that David Friedman’s nomination has unprecedented support from pro-Israel Christian groups. Seventy of the country’s most prominent Christian faith leaders, representing tens of millions of people, sent a joint letter thanking the president and highlighting the importance of Friedman’s confirmation to their community’s religious freedom and safety at their heritage sites in Israel and its territories. In fact, Christians United for Israel (CUFI), the country’s largest pro-Israel organization, boasting over three million members, recently issued a letter, through its advocacy branch, to all Senate offices notifying them that their organization would be carefully observing deliberations on Friedman’s confirmation and keeping a voting scorecard.

If Friedman’s nomination raises a discussion about any point of policy, it could be the movement of the U.S. embassy to Jerusalem. This is the issue on which he has been vocal, which should hardly be of concern to anyone. Recognizing Jerusalem as the indivisible capital of Israel is a principle that has consensus among both Republicans and mainstream Democrats, a position strongly staked out by Hillary Clinton long before President Trump entered the political scene. In fact, the Jerusalem Embassy Act of 1995 passed with overwhelming Democratic support. Given this, Friedman’s confirmation should be understood as a matter of maintaining decades-old bipartisanship, and showing that Congress can be trusted to keep its word.

David Friedman’s confirmation will be a tremendous boost to the goal of maintaining a strong relationship between America and Israel. Though the anti-Israel Left may be opposed to Friedman, the rest of us can be assured that this signals the arrival of an ambassador who truly reflects the popular views of an overwhelmingly pro-Israel America.

Alan Clemmons (R–Myrtle Beach) is a member of the South Carolina House of Representatives. In 2015, he was the originating sponsor of the country’s first anti-BDS legislation. 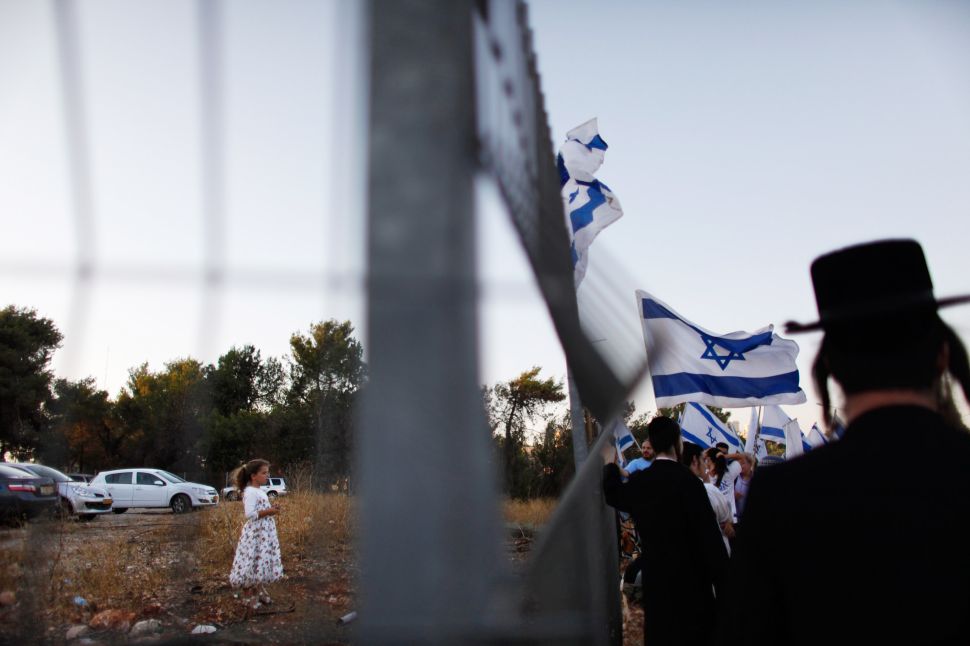