The legendary Dead Sea Scrolls, which were discovered in the Qumran Caves of the eastern Judaean Desert in the 1940s and ’50s, are some of the most important historical, religious and linguistic texts in the world—they include the second-oldest known surviving manuscripts of works later included in the Hebrew Bible canon. Researchers thought they had discovered them all, but now we know for sure there are more out there.

Archaeologists from the Hebrew University of Jerusalem and Virginia’s Liberty University have discovered another Dead Sea Scroll cave, bringing the total of the caves from 11 up to 12.

“This is one of the most exciting archaeological discoveries, and the most important in the last 60 years, in the caves of Qumran,” Hebrew University archaeologist Oren Gutfeld said in a post on the university’s website.

The only catch—all of the scrolls from the newly discovered cave are missing.

Jars that once held scrolls were found hidden in the niches of the walls and the back of the tunnel, but they had been broken open and had their contents removed. Iron pick axe heads from the 1950’s were discovered, indicting it had been looted by Bedouins in the middle of the last century.

Parchment that had yet to be written on, a leather strap for binding a scroll, along with flint blades, arrowheads, decorative stamps and tendons and pieces of animal skin containing fragments were also discovered, helping to date the remnants of the cave and assure it once contained Dead Sea Scrolls.

“Although at the end of the day no scroll was found, and instead we ‘only’ found a piece of parchment rolled up in a jug that was being processed for writing, the findings indicate beyond any doubt that the cave contained scrolls that were stolen,”  Gutfeld said. The findings include the jars in which the scrolls and their covering were hidden, a leather strap for binding the scroll, a cloth that wrapped the scrolls, tendons and pieces of skin connecting fragments, and more.”

“Finding this additional scroll cave means we can no longer be certain that the original locations (Caves 1 through 11) attributed to the Dead Sea scrolls that reached the market via the Bedouins are accurate.”

Regarding this most recent discovery, Israel Hasson, director-general of the Israel Antiquities Authority, declared “We are in a race against time” as antiquities thieves steal such artifacts for financial gain.

According to CNN,  researchers believe Dead Sea Scroll fragments have made their way onto the black market over the past few years. Gutfeld told the news network this is actually what led authorities and researchers to embark on the task of surveying all the caves at Qumran in the Judean desert. He believes this is likely just the first in a series of new discoveries about the Dead Sea Scrolls and the caves that contain them. 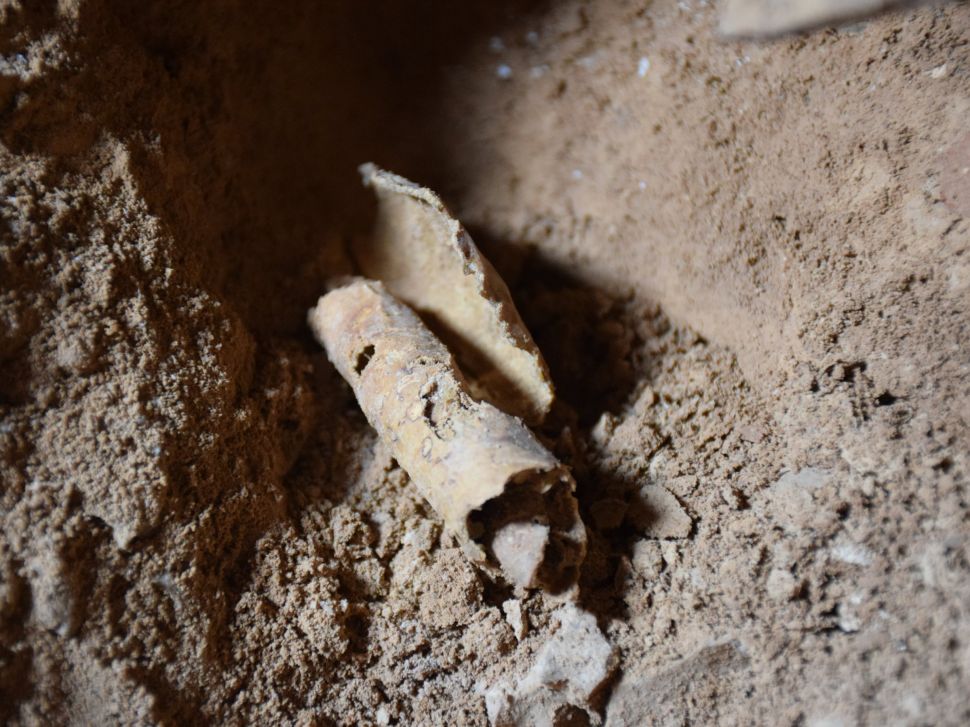