Establishment Democrats are already exploiting President Donald Trump’s first two weeks in office to attack, shame and scold progressives and third party supporters. This tactic is a continuing manifestation of what The Washington Post’s Jennifer Rubin called for: those on the center-left and center-right to unite as “champions of moderation,” fighting to preserve the status quo and attack anyone who threatens it.

“Will those who called Hillary ‘lesser of 2 evils’ admit how wrong u were? Muslim ban, Betsy DeVos, Pruit, Perry in charge of nukes…please,” HBO TV Host Bill Maher smugly tweeted, failing to mention the anti-Muslim rhetoric that he has propagated throughout his career.

This condescending attack on those who didn’t fall in line behind Hillary Clinton fails to confront Clinton’s faults as a candidate and the arrogance of her campaign in ignoring many of the states that lost her the election. CNN reported that voter turnout was at a 20-year low in 2016. Clinton’s candidacy drove many voters to apathy, but instead of acknowledging this fact, elitists like Maher continue to propagate the false narrative that she lost because of her opponents on the left.

Trump and Clinton were both widely disliked; many of the votes cast were against the opposition, rather than a vote in favor of a candidate. The 2016 presidential election race was the exact match-up that the Clinton campaign, DNC, and mainstream media wanted. All three entities played their part in ensuring Clinton’s coronation as Democratic presidential nominee and elevating Trump as a “pied-piper” candidate  in order to provide Clinton with an easier opponent in the general election.

When faced with Clinton’s poor record, Maher and other Clinton partisans reverted to scolding, blaming and shaming voters into falling in line behind Hillary Clinton. Instead of arguing that she was a good candidate, they used the fear of Donald Trump to coerce support for Clinton. The Clinton campaign’s strategy of portraying Clinton as the “lesser of two evils,” focusing on how awful Trump is instead of what she would do as president, fueled her downfall.

Additionally, Maher and other Clinton partisans continue to elevate and rehabilitate Republican rejects solely on the basis that they speak out against Donald Trump. Allying with opportunistic conservatives, especially while attacking those who failed to support Clinton, is a flawed strategy for the “resistance.”

Before Election Day, mainstream media outlets touted Independent Conservative Evan McMullin, claiming he could win Utah and help Clinton win the election. This didn’t come remotely close to happening, but the same Clinton partisans who applauded his attacks on Trump have let McMullin build a career on doing so. Conservative talk show host Glenn Beck, who has called Obama “racist” and complained in 2016 that people of color get a free pass on racism, has also been rehabilitated by Clinton partisans in the mainstream media. TBS Host Samantha Bee united with Beck, of all people, to fight against Trump. Beck’s rhetoric opposing Trump has been widely covered by mainstream media outlets.

What mainstream media doesn’t cover is that Beck and McMullin have applauded conservative aspects of Trump’s presidency they do like and are unreliable in their opposition against Trump. However, the Democratic Party would rather elevate these anti-Trump individuals than progressives or anti-Clinton voters, because those “woke” neo-conservatives don’t challenge the status quo; they help preserve it. 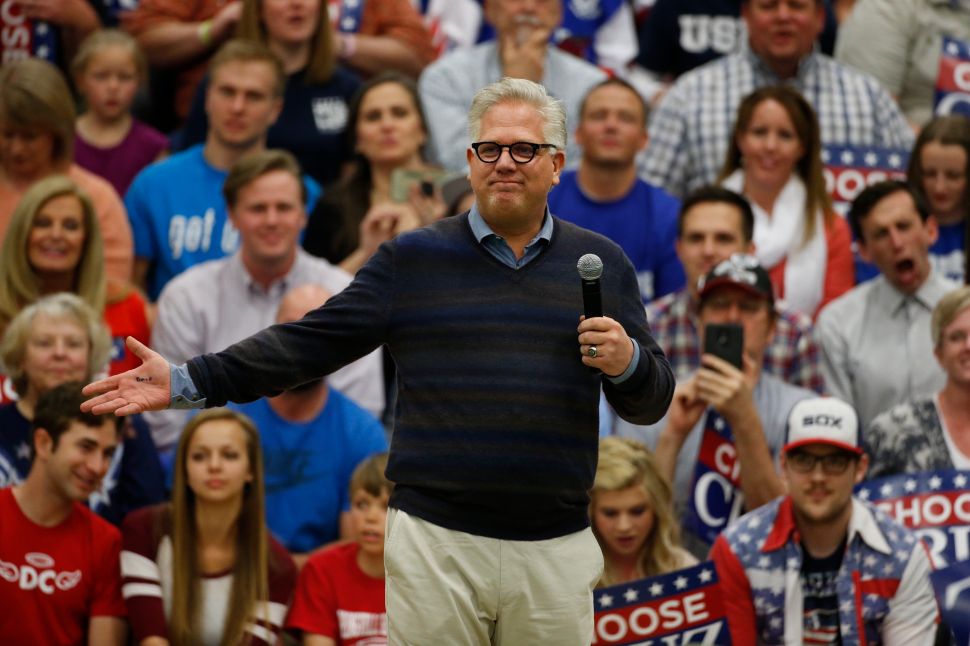