On February 13, Sen. Bernie Sanders and Rep. Elijah Cummings sent a letter to Marathon Pharmaceuticals demanding to know why they are planning to charge $89,000 for deflazacort, a drug that is available abroad for $1,000.

“Marathon’s apparent abuse of government-granted exclusivity periods and incentives to sell what should be a widely available drug for $89,000 a year is unconscionable,” Sanders and Cummings wrote. “Exorbitantly pricing potentially life-saving medications that should be widely available for a fraction of the price hinders patient access and drives up costs for the entire health care sector.”

Sanders consistently fights pharmaceutical companies that exponentially raise the price of life-saving drugs, but the rest of the Democratic Party is silent on the issue.

Given soaring costs’ negative impact on millions of Americans, one would think that this bipartisan issue would be taken more seriously by the Democratic Party. President Donald Trump has frequently called out pharmaceutical companies for the high cost of prescription drugs, and 12 Republicans recently voted in favor of Sanders‘ amendment to export cheaper prescription drugs. Despite Republicans being receptive to efforts to lower prescription drug costs, the Democratic Party has not capitalized on this important issue, which is one of the few that they could potentially make progress with a Republican president in office.

In January, Sanders confronted the 13 Democrats who didn’t vote in favor of his amendment to export cheaper prescription drugs. These Democrats used the same defense that the pharmaceutical industry has used to push against similar amendments: that safety provisions need to be included in the amendment.

“The Democratic Party has got to make it very clear that they are prepared to stand up to powerful special interests like the pharmaceutical industry and like Wall Street, and they’re not going to win elections and they’re not going to be doing the right thing for the American people unless they have the guts to do that,” said Sanders. “That 13 Democrats did not is disappointing. I absolutely hope that in the coming weeks and months you’re going to see many of them develop the courage to stand up to Pharma.”

That courage is not likely to come from Democratic Party, which continues to ignore working, middle class, and lower income Americans in favor of wealthy and corporate donors. The Democratic Party has been exploiting the threat of Republicans appealing Obamacare as a marketing strategy to mobilize their support base. They should be simultaneously fighting to improve healthcare for Americans by standing up against the pharmaceutical industry to lower the cost of prescription drugs. Sanders shouldn’t be the only politician who fights to bring affordable healthcare. If the Democratic Party put the amount of effort into this issue that they do into publicity stunts and political theater, it would be resolved or at least substantially mitigated. 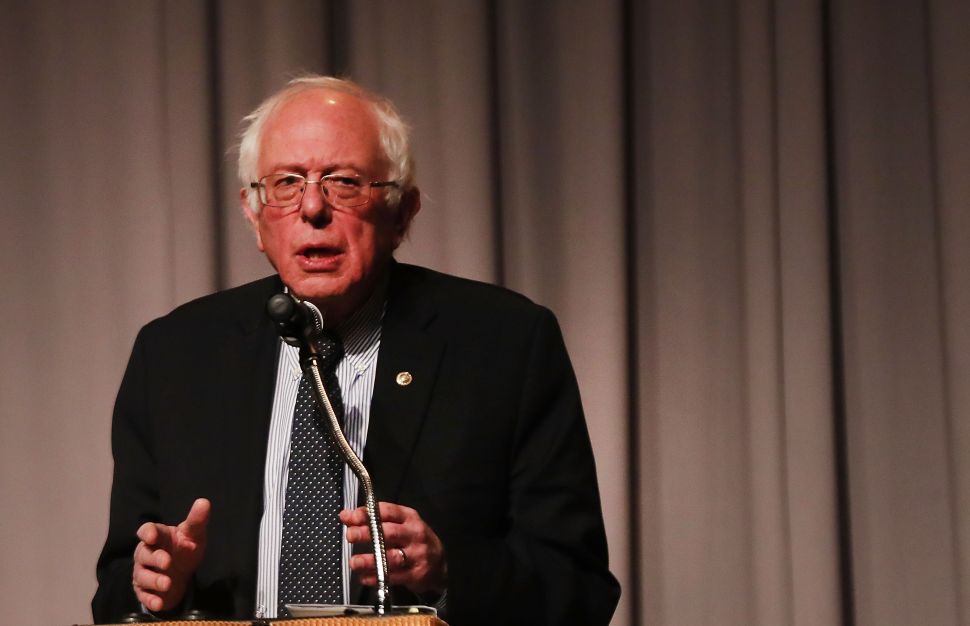