On February 21 and 22, the Morton County Sheriff’s Department evacuated the remaining water protectors protesting the Dakota Access Pipeline at Standing Rock. Though several Democrats praised the Army Corps of Engineers’ decision on December 4 to conduct an environmental impact assessment, they have been silent on the issue since construction of the pipeline has moved forward under the Trump administration. The decision to stop the pipeline is now in the hands of the courts, as the Standing Rock Sioux tribe attempts to force the Army Corps of Engineers to enforce their December 4, 2016, decision.

The protectors at Standing Rock faced a barrage of smear campaigns from the Morton County Sheriff’s Department and companies in charge of the pipeline construction. At the behest of pipeline security, they were attacked by dogs, pepper sprayed, tear gassed and hosed with in subfreezing temperatures. Some protectors suffered severe injuries, including a 21-year-old girl who nearly lost her arm due to police throwing a concussion grenade at the peaceful protesters. Nevertheless, the Democratic establishment failed to acknowledge the protests. The mainstream media largely avoided the conflict as well, basing their limited coverage on the issue solely on law enforcement sources. Throughout the protectors’ protests, establishment Democrats stood up for Standing Rock only after a small victory was achieved.

The Democrat Party, an ostensible ally, continuously offers weak opposition to the Republican Party and corporate powers that oppress and infringe on human rights.

The Democratic establishment’s resistance to Trump ignores his policies that don’t provide political expediency, like the Dakota Access Pipeline. Though the battle against the pipeline lasted months, very few Democrats spoke out. Sen. Bernie Sanders and Rep. Tulsi Gabbard were the greatest opponents of the pipeline. Supposedly progressive icon Sen. Elizabeth Warren, who claims Cherokee heritage, largely ignored the issue—apart from December 4, 2016, when she tried to take credit for the protesters’ small victory.

The Democratic Party not only needs to mobilize against Trump—it needs to fight for marginalized groups, like Native Americans. But instead, the Democratic establishment is trying to restore political power without making reforms. They continue to partner with wealthy and corporate donors and refuse to join progressives on key issues.

Sanders has reiterated that the Democratic Party cannot market the interests of billionaires and Wall Street while also representing working class, middle class, and low income Americans. Democrats must choose a side. Unfortunately, when given the opportunity, they consistently side with their donors, who are deeply invested in the Dakota Access Pipeline. 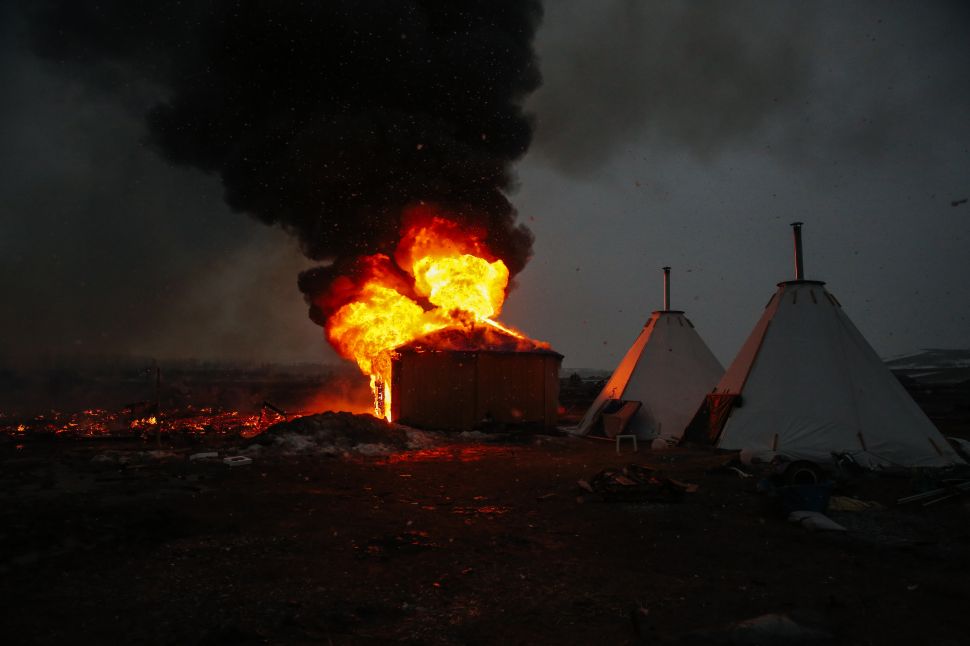