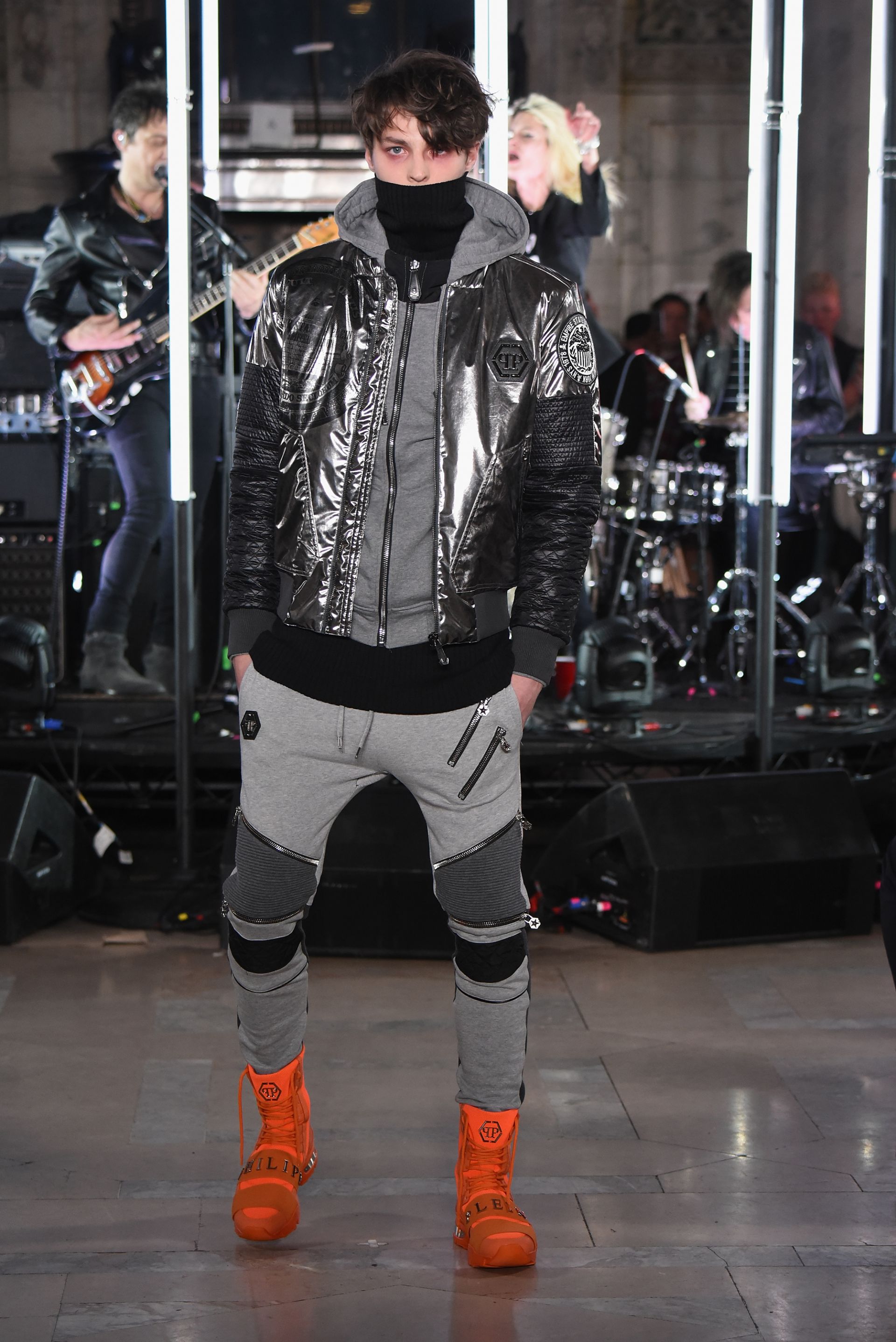 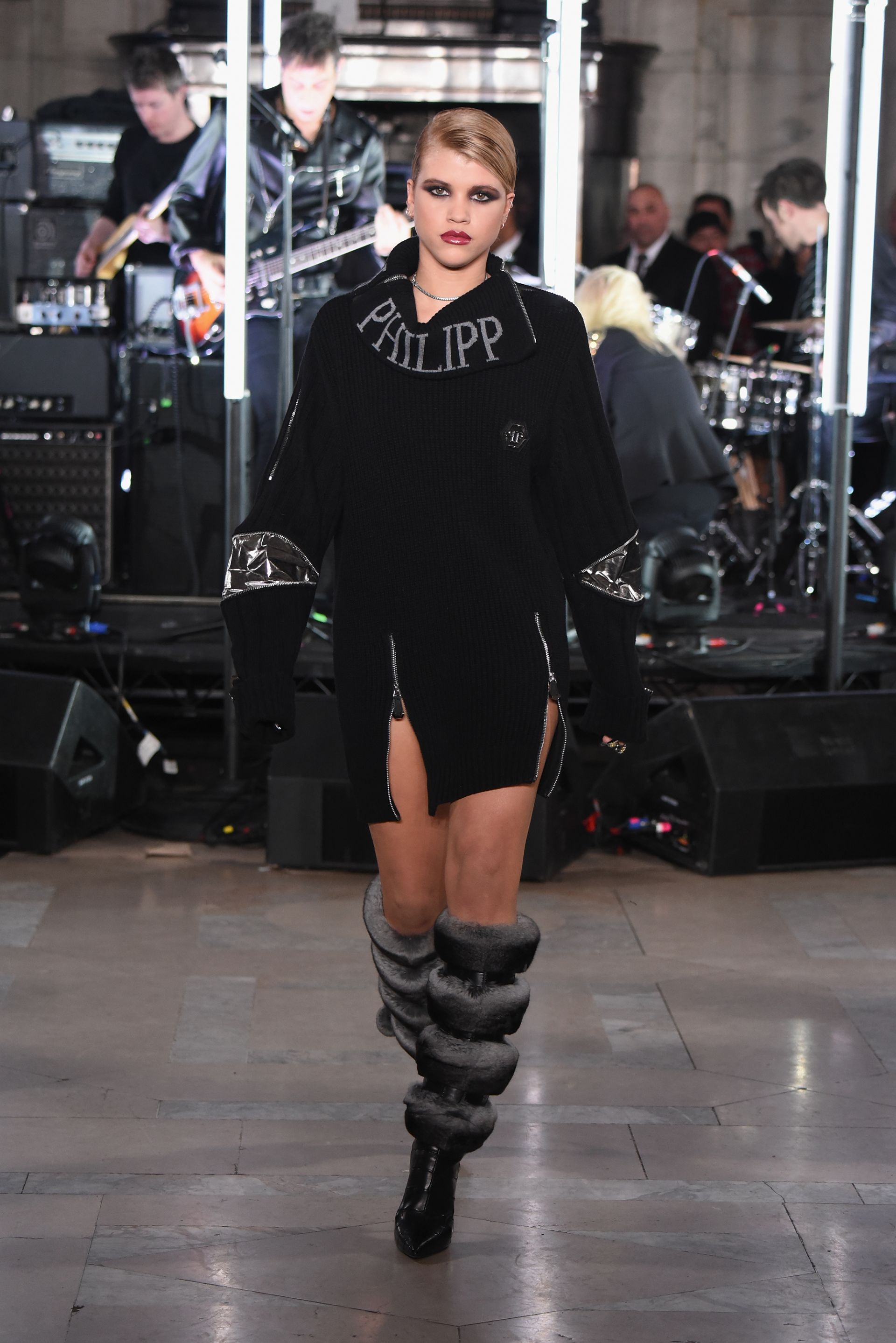 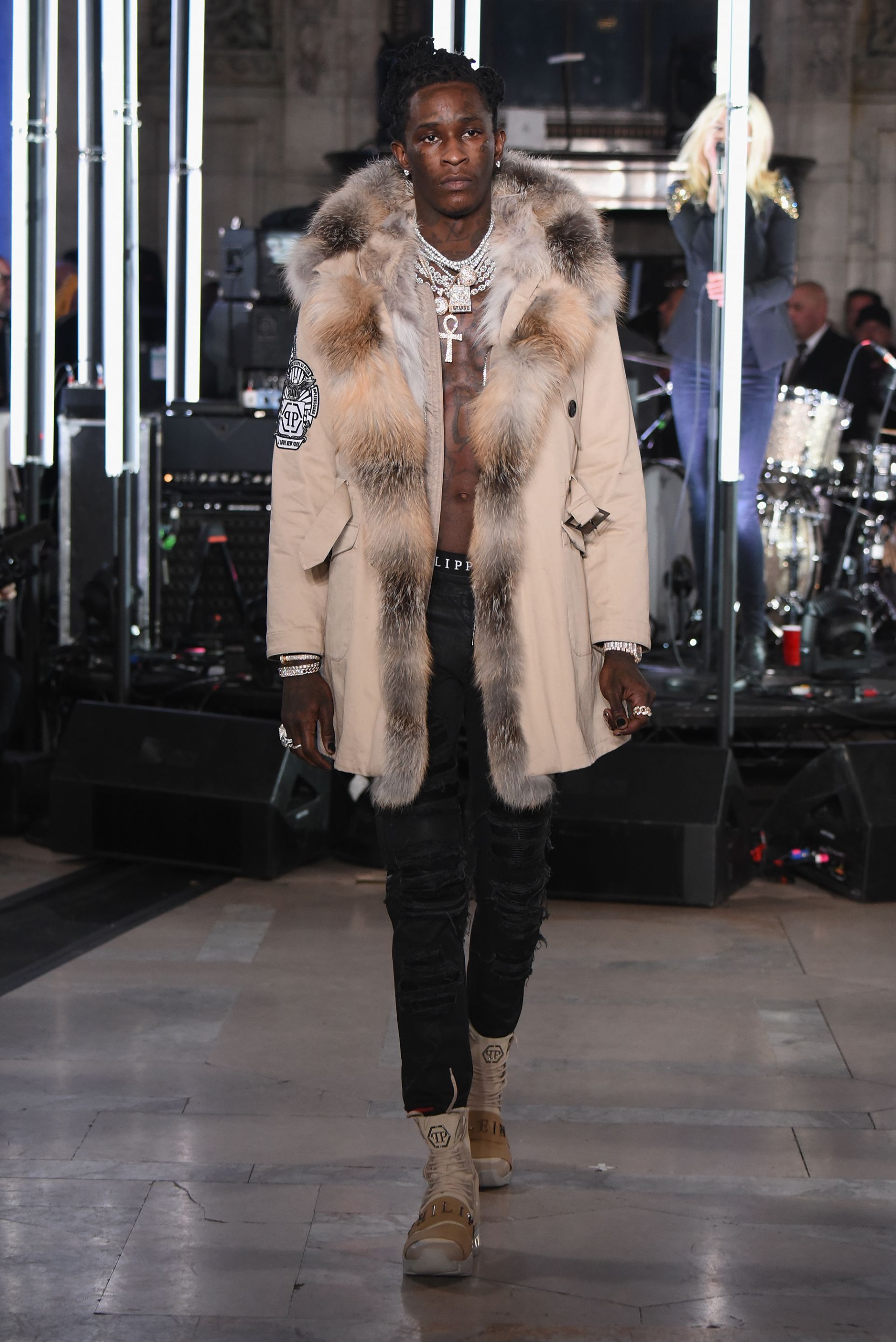 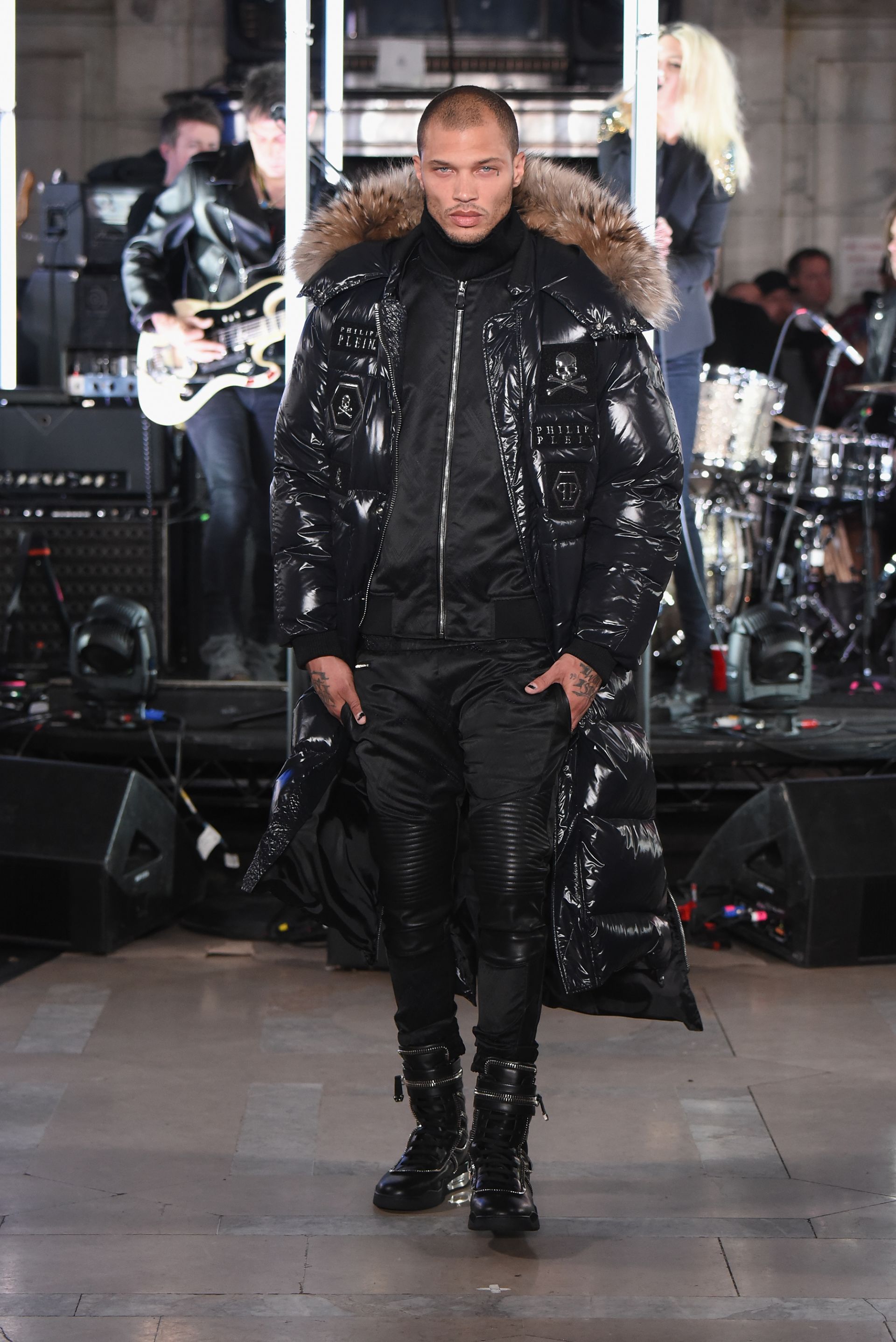 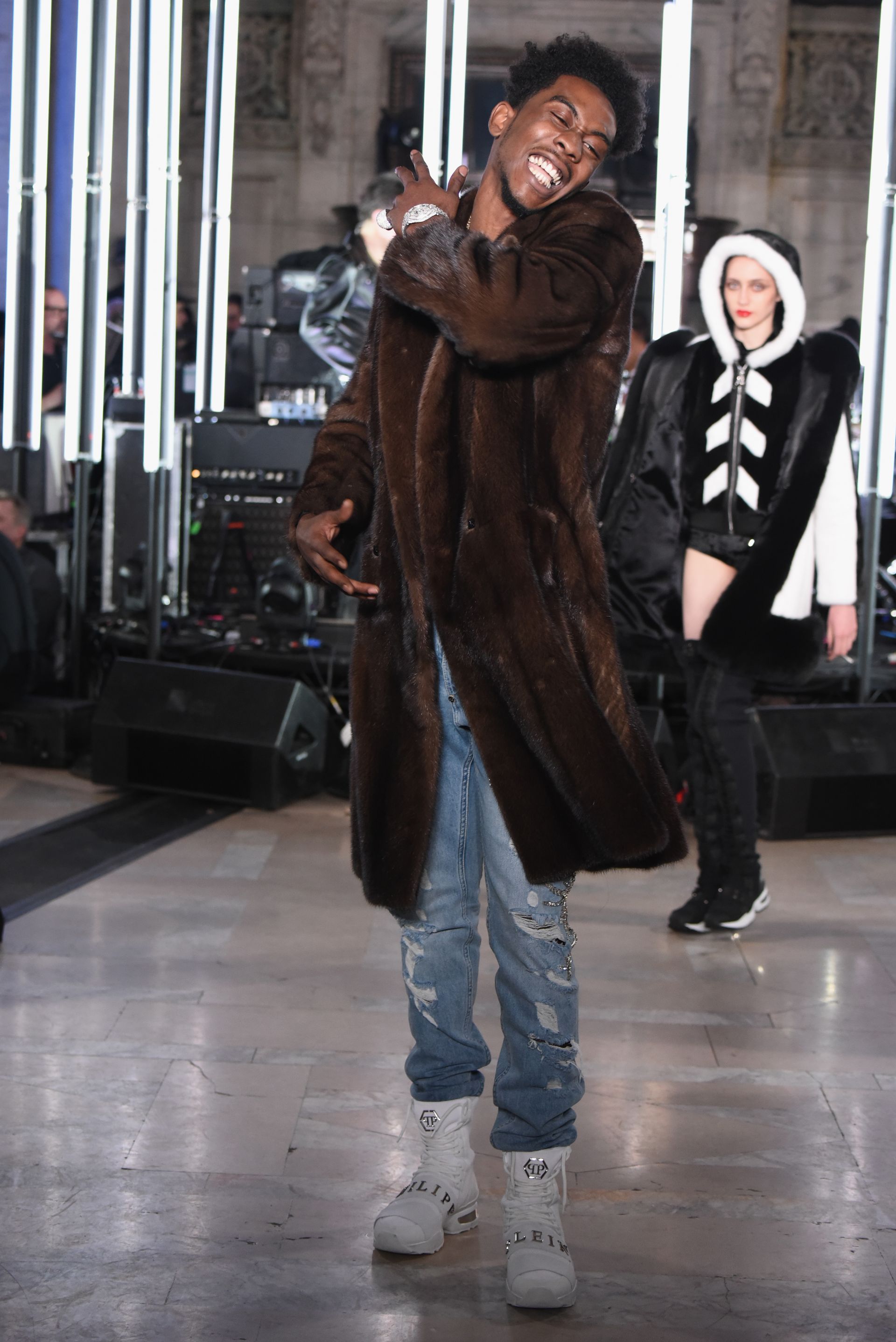 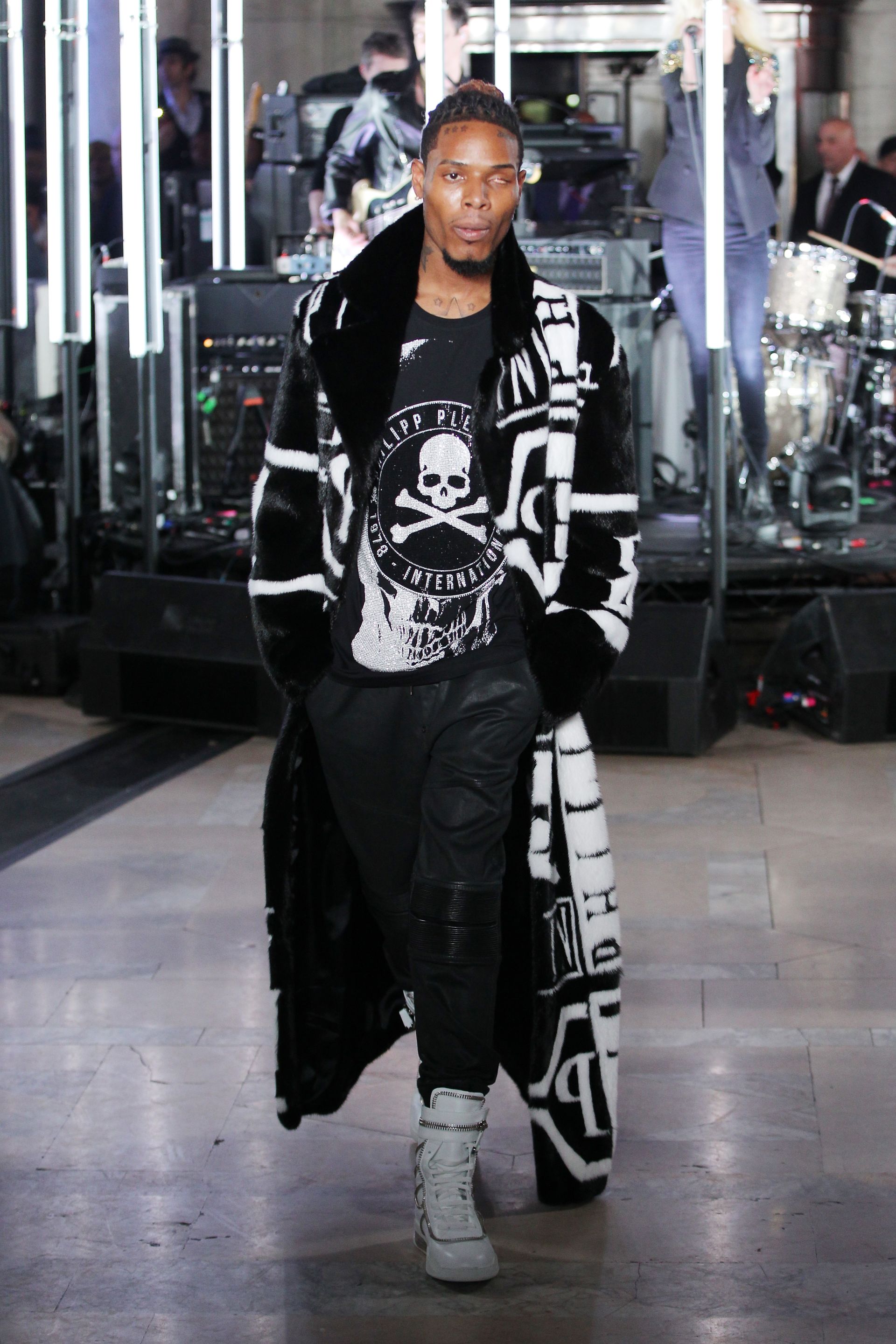 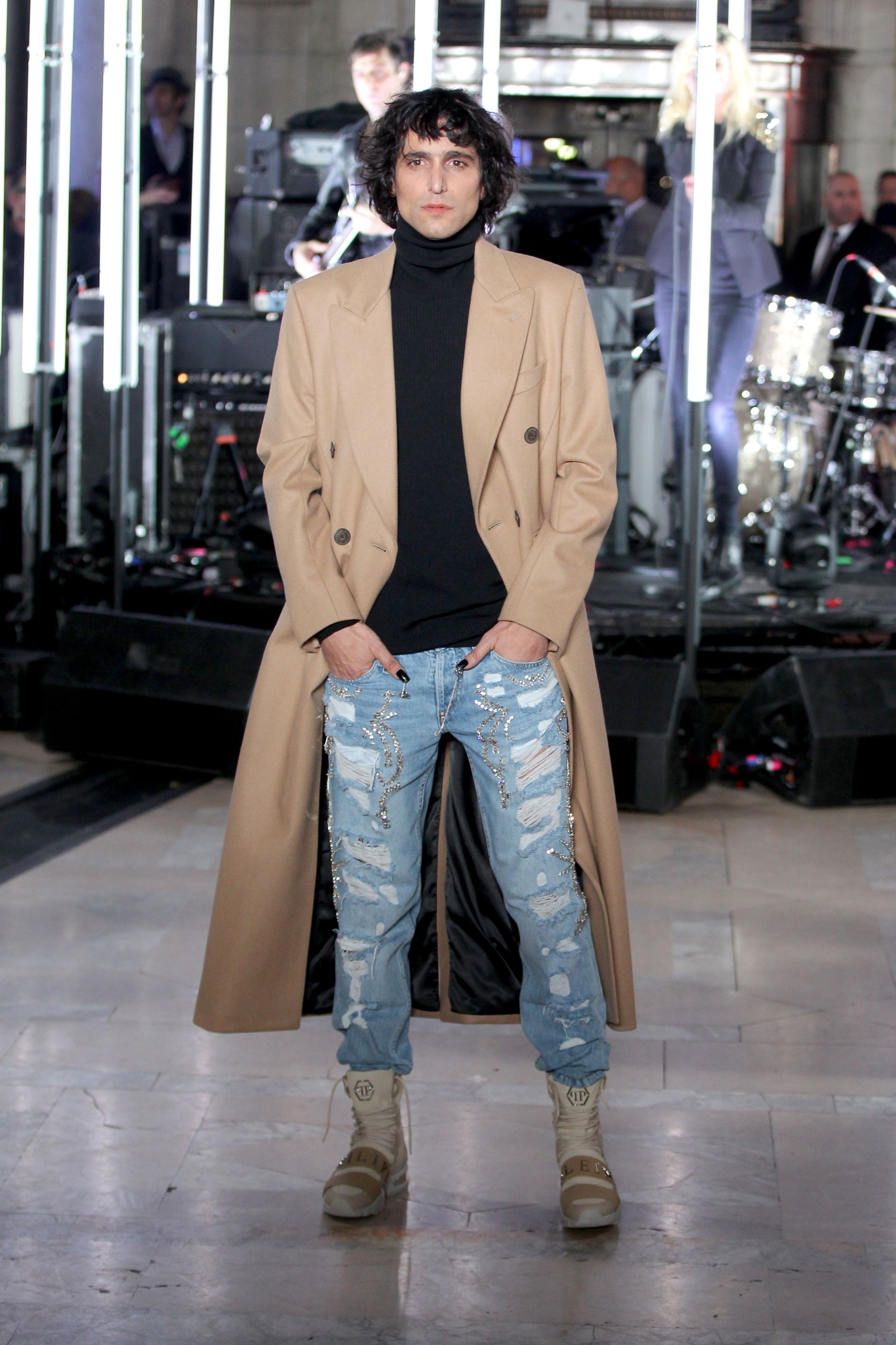 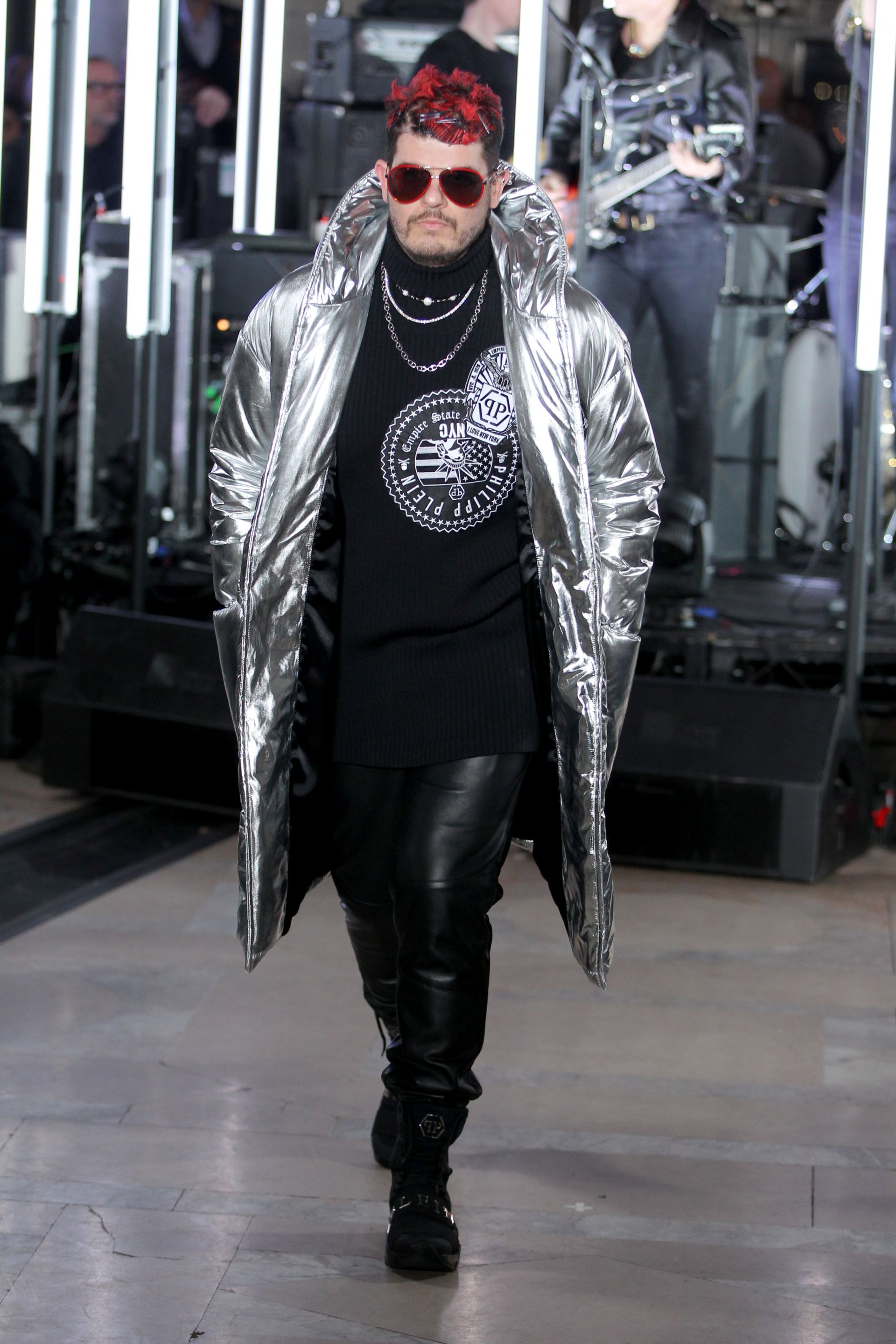 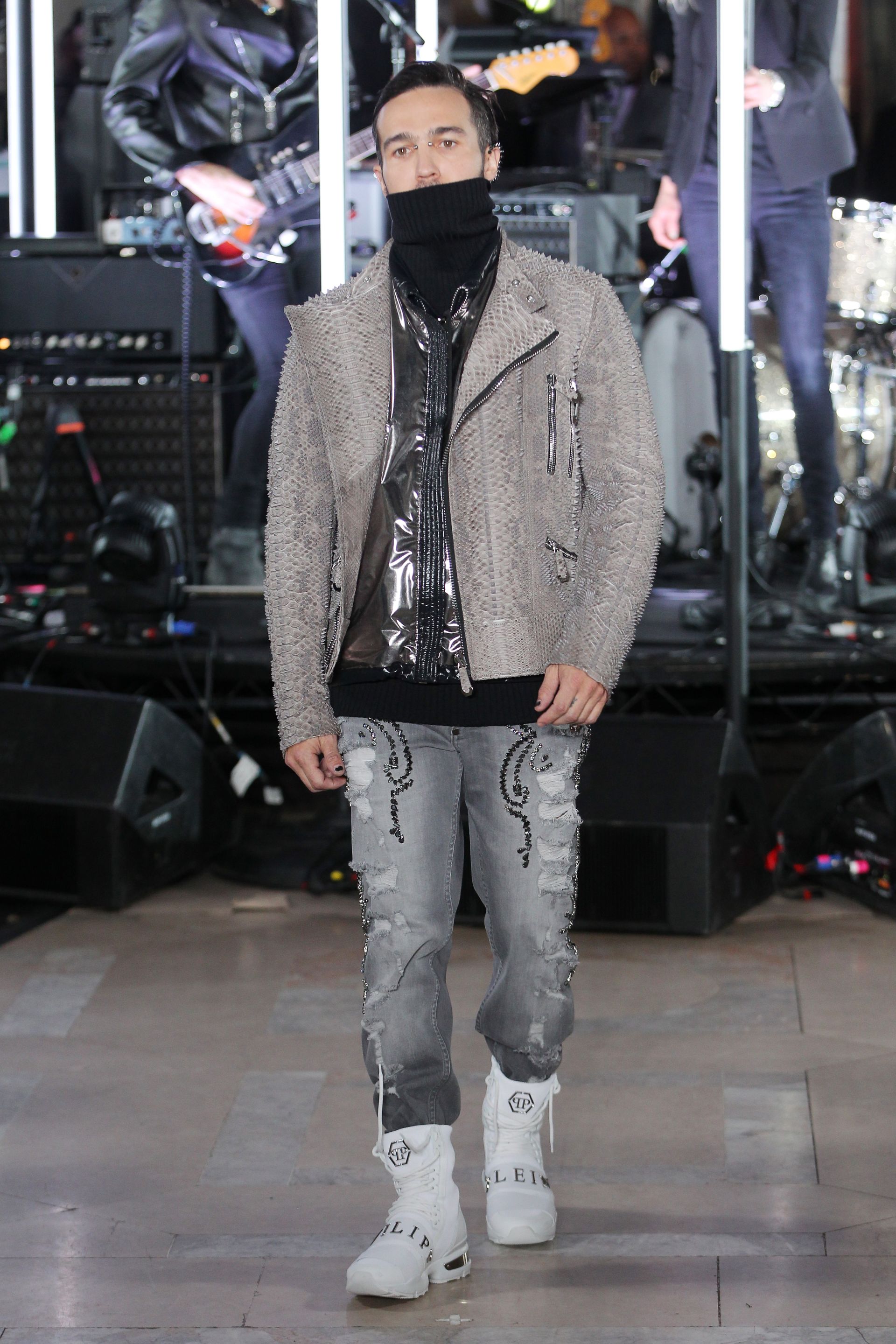 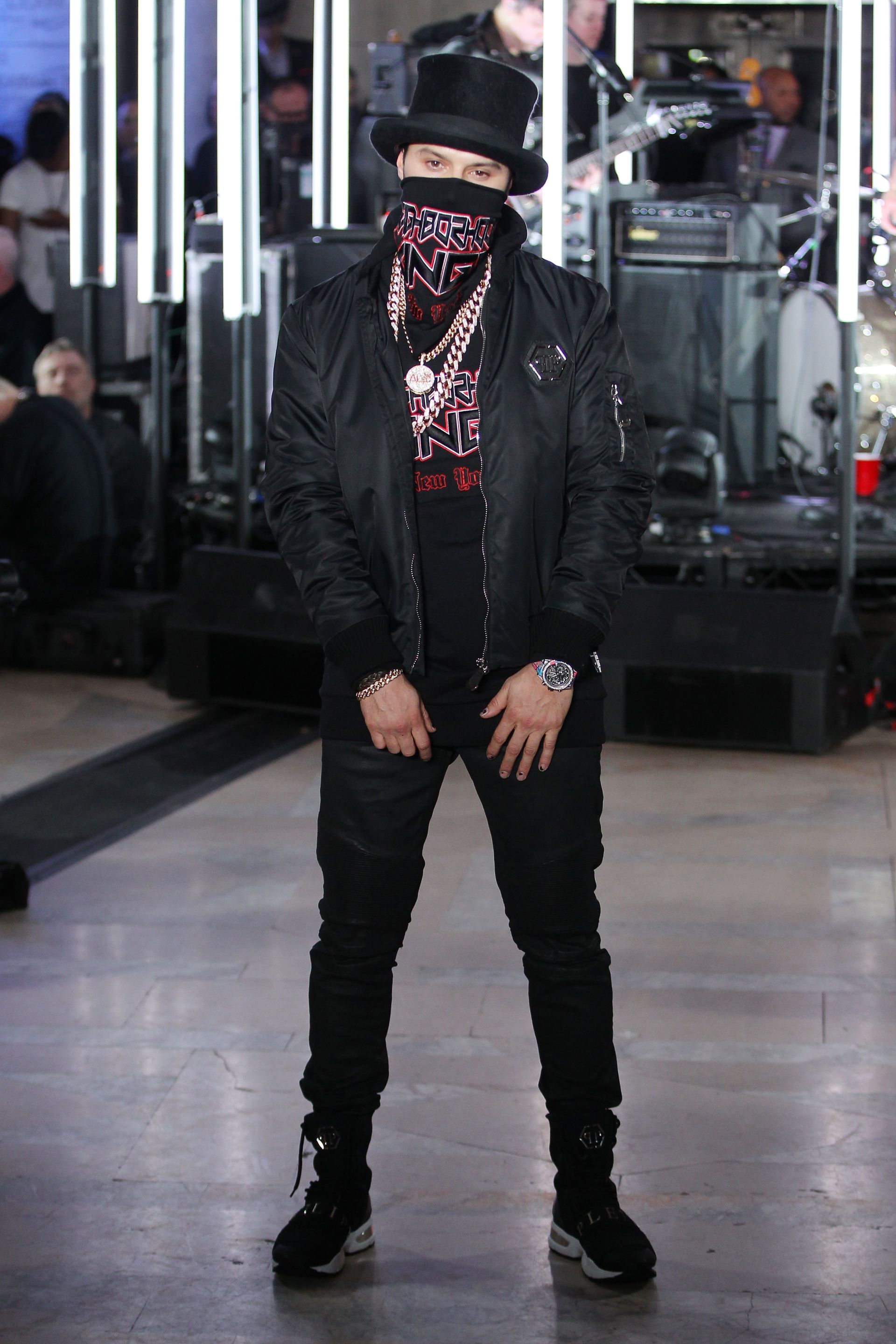 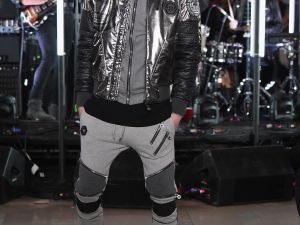 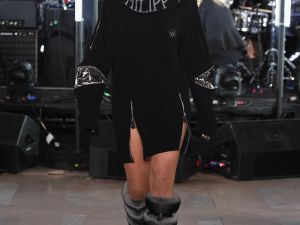 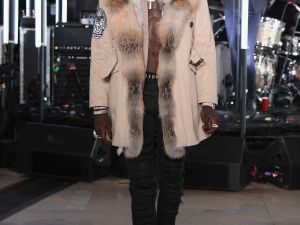 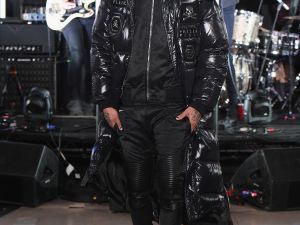 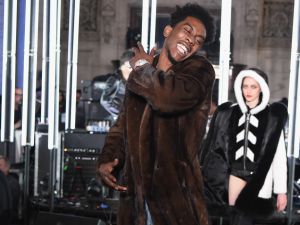 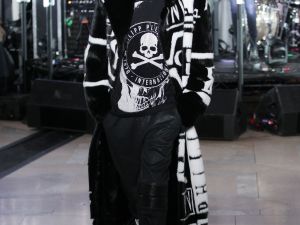 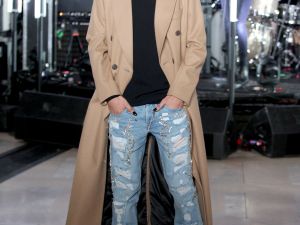 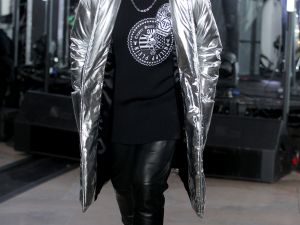 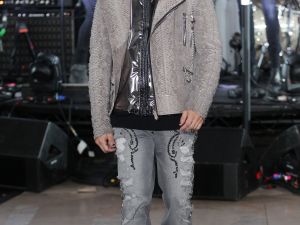 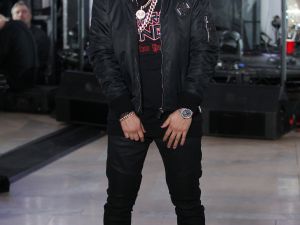 Philipp Plein’s very first fashion show at NYFW was a spectacle that could only be put on by an Italian.

The show, which started over an hour late (partially due to Madonna’s tardy arrival), was held in the New York Public Library last night. We knew it was going to be an event when we spotted the Naked Cowboy on the front steps, strumming his guitar and snapping selfies with the throbbing crowd. Half of the people on the steps were fighting to get in the doors of the building; the other half were just mugging for a celeb sighting.

Once the massive crowd made their way inside, settled into their seats and stopped fawning over Kylie Jenner in the front row, the show finally began. Well, it began after Nas put on a surprise performance. Then, The Kills took their spot on the center stage and the fashion show actually began.

The first model to hit the runway was Jeremy Meeks, otherwise known as the hot felon whose mugshot went viral. Yes, he is as attractive in person as he was in that picture. The rest of the lineup followed suit in terms of star wattage. There, in between cameos by actual models Dilone and Imaan Hammam, were rappers Desiigner, Fetty Wap and Young Thug. But that’s not all, as Sofia Richie, photographer Sebastian Faena, Fall Out Boy’s Pete Wentz and graffiti artist Alec Monopoly all hit the runway, as well.

As the whole evening was supposed to be a love letter to New York, the clothes kind of followed suit. In addition to many lavish fur coats, crocodile jackets with fur arms and chinchilla fur boots, there were oversized puffer jackets and snakeskin moto jackets. Yes, outerwear and fur seemed to be a major push, which is actually rather ideal for a chilly and windy winter spent in New York. Beyond that, the clothes just added to the spectacle at hand.

Plein broke the rules with his show last night by starting late, eschewing actual models for celebrities and staying true to his heavily branded Italian garb. Fashion diehards might not have been impressed, but anyone looking to get a killer Instagram was more than pleased.