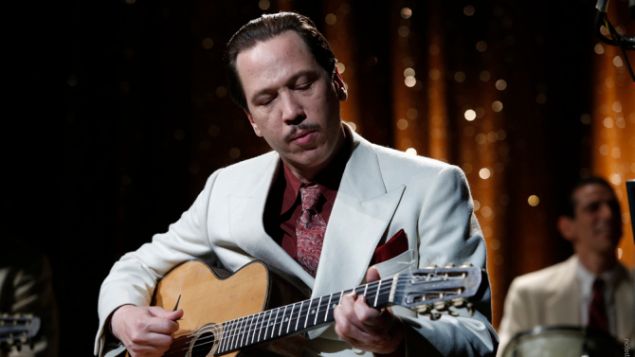 Django Reinhardt’s gypsy-infused jazz guitar music swings, remaining frenetic, wild and joyous over 50 years after his death. It carries with it, like Klezmer, a mournfulness that acknowledges misery and oppression yet celebrates ecstasy. It’s the stuff of genius—and the virtuosic skills of the Belgian-born Reinhardt (1910-1952) ultimately influenced such legendary guitarists as Jimi Hendrix, Paul McCartney and Les Paul.

And, yet, while Etienne Comar’s middle-brow biopic Django that opened the 67th Berlin International Film Festival last night has brilliance in adversity as its subject, it never rises to that level of mastery as an artwork. Not to be confused with Quentin Tarantino’s slavery splatter-fest Django Unchained (which won the most shameful Best Original Screenplay Awards in Oscar history), this is the relatively by-the-numbers drama of the Romani musician who became the toast of occupied Paris alongside violinist Stephane Grappelli.

Reinhardt’s talent attracted the attention, and then the persecution, of the repressive occupying force. The Romani artist ultimately fled on foot through the snow across the Swiss border. Barking German shepherds, clearly not music lovers, nipped at his heels but failed to catch him.

If you love Reinhardt’s music as I do, and its juicy anarchic joy, then, like me, you may be capable of forgiving this movie’s shortcomings. Long-faced French actor Reda Kateb in the title role lacks the charisma to link the many enjoyable performing sequences to a deeper and more complex profile of the musician himself. This may be in part thanks to Cesar award-winning producer Etienne Comar (Timbuktu, Of Gods and Men) who makes his directorial debut here. He lacks the chops to create a protagonist as vibrant and complicated as the man’s music.

More successful are the supporting players unencumbered by the heavy lifting of making the entire enterprise cohere. Cecile de France as Django’s mistress and possible Nazi collaborator Louise de Klerk has the broad-shouldered good looks and swagger of a young Lauren Bacall. The actress (who recently made an appearance on the first episode of TV’s The Young Pope) has facial features just uneven enough to elevate a pretty face to one of rare beauty. Similarly, the actors and actresses who play Reinhardt’s collaborators and family create a strong connection that still is no safety net for a lead character not fully realized beyond his musicianship and ethnicity.

I don’t want to underplay the inherent power of seeing this movie about Nazi persecution in a city where the relics of a disgraced past like Gestapo Headquarters and chunks of the fallen Berlin Wall coexist with an energetic contemporary culture committed to the free exchange of ideas. It’s also critical to remember that however many Holocaust stories have been told about the extermination of six million Jews, the crushing persecution of the Romani people have been less often the subject of films.

As opening night premieres go, Django has less star power than Wes Anderson’s The Grand Budapest Hotel, which brought a capering Bill Murray to the German capital alongside Ralph Fiennes, Willem Dafoe, Jeff Goldblum, Tilda Swinton and Saoirse Ronan in 2014. And last year found George Clooney, wife Amal Alamuddin and Channing Tatum for the sadly underappreciated Coen Brothers Hollywood caper Hail, Caesar! However, as a reminder of the evils of genocide and ethnic persecution – and the great cultural contributions of outsider artists working within and in opposition to the mainstream – Django may be just the movie to kick off this year’s Berlinale. 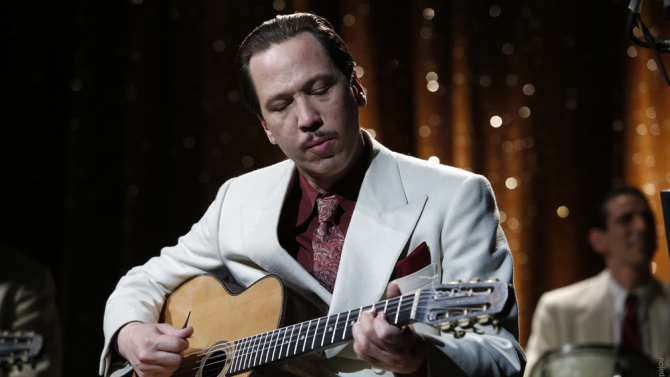