On February 8, while campaigning to become the next DNC chair, the establishment favorite, former Secretary of Labor Tom Perez, slipped up by making a much needed admission: the Democratic primaries were rigged in favor of Hillary Clinton.

Perez stated, “We heard loudly and clearly yesterday from Bernie supporters that the process was rigged, and it was. And you’ve got to be honest about it. That’s why we need a chair who is transparent.”

The comment was quickly retracted by Perez on Twitter after Clinton partisans and the Democratic establishment likely reprimanded him for the admission.

Perez tweeted, “I have been asked by friends about a quote and want to be clear about what I said and that I misspoke.” Perez added in another tweet, “Hillary became our nominee fair and square, and she won more votes in the primary—and general—than her opponents,” once again pledging his allegiance to the Democratic establishment and Hillary Clinton.

Evidence that the Democratic primaries were rigged is too overwhelming for Democratic leaders to continue to ignore. However, they continue to believe that progressives, who were further disenfranchised by the unfairness of the primary, will simply fall in line behind establishment Democrats.

The leaked DNC emails released by Wikileaks confirmed suspicions that the DNC was overtly tipping the scales for Clinton. But even before the leaks, the bias was obvious. When Sen. Bernie Sanders emerged as a viable challenger to Clinton in late 2015, former DNC chair Debbie Wasserman Schultz rescinded a ban on donations from lobbyists and PACs. This rule change paved the way for the establishment of the Hillary Victory Fund, which Politico uncovered was laundering money to the Clinton campaign under the false pretenses of fundraising for state Democratic Parties. Without this rule change, the Clinton campaign would have been outpaced by the Sanders campaign in fundraising.

Additionally, the system of super delegates was established to provide the illusion that the Democratic establishment held more power within the Democratic primaries than it actually did. The mainstream media inflated Clinton’s lead using super delegates, whose endorsements for Clinton were treated as a way for the Democratic Party to tell its supporters who to vote for. The small number of super delegates supporting Bernie Sanders portrayed the image that Sanders’ didn’t have a chance at winning the nomination, despite the results from voters suggesting otherwise.

After DNC emails were leaked, Debbie Wasserman Schultz—along with several other top DNC staffers—resigned in embarrassment because they overtly violated Article 5 Section 4 of the DNC Charter, which demands neutrality from DNC staff.

Currently serving as DNC interim chair, former DNC vice chair, Donna Brazile was fired from CNN after leaked emails confirmed Brazile helped the Clinton campaign cheat before debates. Nevertheless, the Democratic establishment provided Brazile with impunity—as they tend to do with all instances of corruption that benefit the status quo.

All of Sanders’ supporters’ suspicions from during the Democratic primaries were confirmed by these embarrassing email leaks. Yet, hypocritically, the Democratic establishment has called for justice for the hackers. Leadership continues to refuse to acknowledge the damage that they have done to American democracy and their own party by anointing Clinton as the presidential nominee while sabotaging Sanders’ campaign.

Tom Perez had a moment of clarity when he acknowledged that the primaries were rigged and that future primary processes need to be transparent, fair, and balanced if the Democratic Party wishes to win the support of progressives again. However, the Democratic establishment is not likely to allow that to happen because by doing so they need to yield some political power and privilege to progressives. And the Democratic establishment has consistently demonstrated that they would rather keep losing than do that. 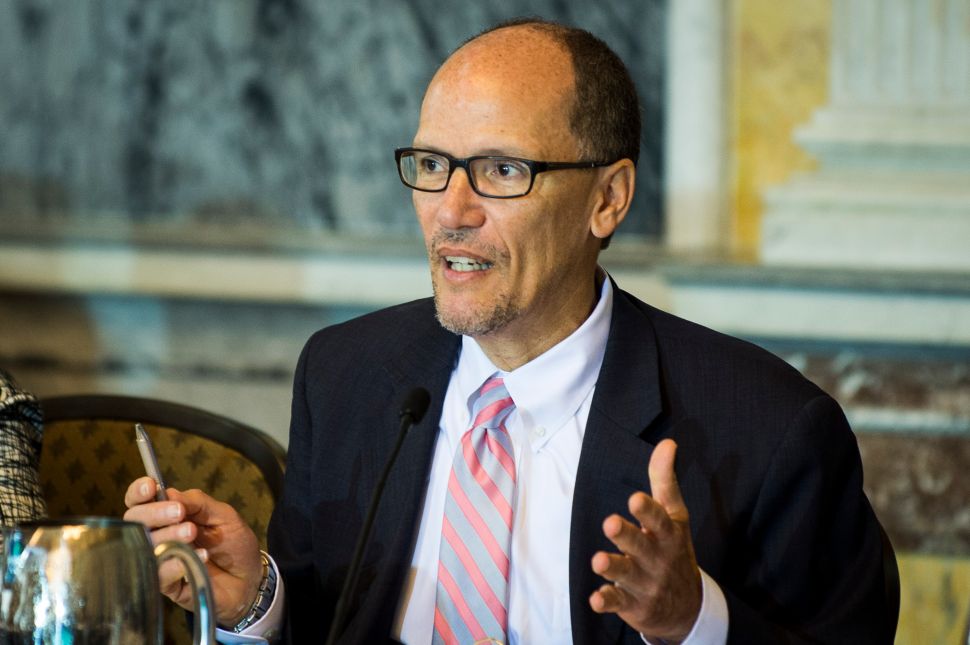