On February 22, CNN hosted a debate between DNC chair candidates, inherently presenting a false sense of democracy. The election will be determined by the 447 members of the DNC, many of whom are the same superdelegate loyalists who anointed Hillary Clinton as the party’s presidential nominee—even after their constituents overwhelmingly voted for Sen. Bernie Sanders.

CNN’s debate showed that the Democratic Party is continuing the same failed strategies that led to its current political paralysis. In the 2016 election cycle, Democrats lost not only the presidency and majorities in both houses of Congress, but hundreds of state legislatures across the country.

“I am having a moment watching #dncdebate God help us!” tweeted prominent Sanders surrogate, Nina Turner, who conveyed the feeling progressives had listening to the DNC chair candidates spew talking points to appease the Democratic establishment.

South Carolina Democratic Party Chairman Jaime Harrison called for the Democratic Party to anoint incumbents in states that Trump won, thereby avoiding primaries under the false pretense of “purity tests.” On top of being necessary to American democracy, primaries provide incumbents the opportunity to engage their base and bring new voters into the party. Under Harrison, South Carolina Democrats suffered their biggest losses in the State House since Reconstruction, and Democrats have failed to gain other elected offices across the state.

Harrison and other establishment Democrats calling for blind loyalty do so to exploit Trump and Republicans as political weaponry. The consensus among DNC chair candidates is that party unity—i.e., progressives falling in line—is a more effective opposition than making reforms to facilitate unity.

But unity isn’t possible between wealthy and corporate donors and working, low income and middle class Americans. The two are opposing forces with overtly different interests and needs, and the Democratic Party cannot expect to win back the millions of voters it lost over the past eight years without making meaningful reforms. Aggressively soliciting and accepting money from PACs, billionaire donors and lobbyists is driving the Democratic Party into the ground and is counterproductive to recovery.

The frontrunners for DNC chair, former Secretary of Labor Tom Perez and Rep. Keith Ellison, have refused to support re-enacting the ban that former DNC chair Debbie Wasserman Schultz lifted on lobbyists and failed to acknowledge that the ban also included donations from PACs. Even though Ellison has supported re-enacting the ban, he would leave it up to the DNC to vote on, essentially making his prior stance meaningless. Both frontrunners have downplayed the role of superdelegates in anointing Hillary Clinton as presidential nominee, despite the fact that the mainstream media developed a narrative that her victory was predetermined based upon their overwhelming support.

During the debate, Perez claimed that when Democrats “lead with our values, we succeed.” This meaningless rhetoric shows that the party will continue to produce the same failed neoliberal ideology. Democratic values are corrupted by wealthy and corporate influences, resulting in perpetual failure for Democrats across the board. But for Perez, Democrats’ problems aren’t due to repeated violations of party rules and favoring elitist donors—they’re a marketing issue.

The only way for the Democratic Party to regain the favor of voters is to sever its ties to wealthy donors, own up to its past failures, and ensure the primaries are democratic and fair. So far, Perez and Ellison have resisted supporting these actions. 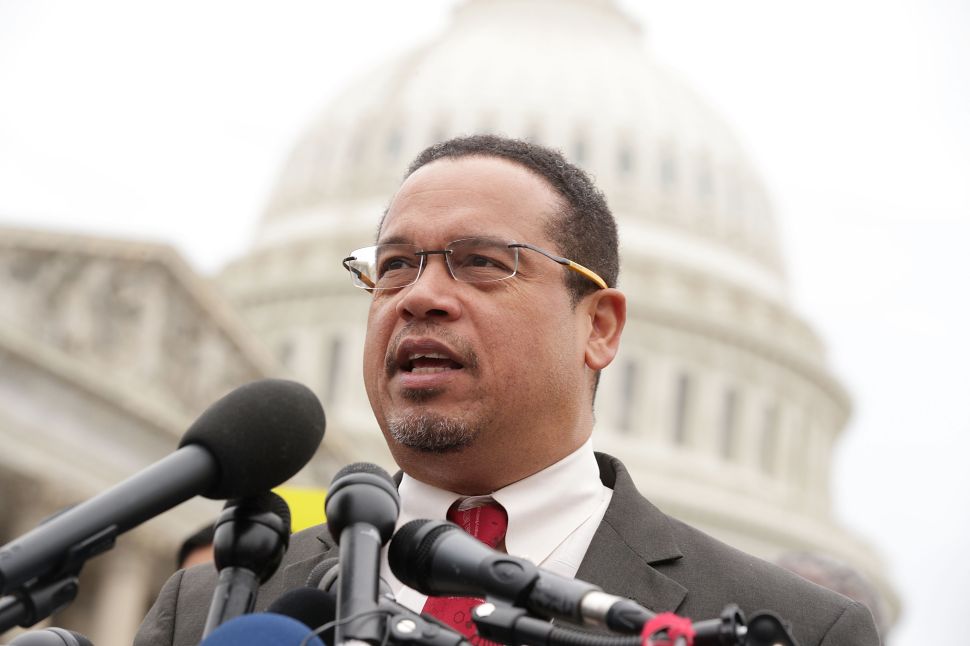