As Donald Trump’s White House fumbles mounted in his first month in office, including several insults casually aimed at our Intelligence Community, something close to all-out war between the president and the country’s spies has broken through the surface. Faced with a commander-in-chief who compares them to Nazi Germany and accuses them of being “very anti-American,” intelligence professionals have fought back with leaks, per time-tested tradition.

In particular, IC sources have informed journalists—this one included—about signals intelligence intercepts of phone calls to the Russian embassy in Washington which led to the early downfall of National Security Advisor Mike Flynn. Additional SIGINT collected by the National Security Agency demonstrated that several members of Trump’s inner circle maintained contacts with Moscow in the months before the November 8 election. In neither case did anyone inform the media of the content of those calls, but the mere fact that they had been intercepted posed problems for the new administration.

These revelations have been highly embarrassing to the White House, and led to denunciations of leakers by the president on down, as well as assurances that the malefactors who talked to the press without authorization will be tracked down and punished. This drama has an unavoidably Nixonian flair, since that vindictive president, too, waged a war on leakers—ultimately leading to the break-in at the Watergate, which unraveled Richard Nixon’s presidency.

Many Trump backers have professed outrage at America’s leaky spies, whom they claim are acting out of loyalty to the previous administration. That charge is absurd, since there are hardly any political appointees in the IC. Save a few very high-ranking IC personnel, our spies are professionals—not donors appointed to cushy Washington jobs. In this sense, the Intelligence Community is very unlike other parts of the Federal government.

One charge, however, is more serious, and that is the claim from certain Trump supporters that the president is the target of a conspiracy hatched by the “deep state” in Washington. According to this take, the IC and related elements of our secret government have gone rogue and are acting beyond their remit. In this telling, resentful spies are spreading stories about President Trump, especially regarding his mysterious ties to Russia, in order to remove him from office.

When spies in Washington leak to the media, they do so to protect bureaucratic turf and to settle personal scores.

This viewpoint seems to be backed by the president himself, who last week at his one-of-a-kind press conference make it clear that he is the victim of “fake news” peddled by the mainstream media, and the entire Russia issue is a fraud. As Trump explained: “You can talk all you want about Russia, which was all a, you know, fake news, fabricated deal…Russia is fake news. Russia—this is fake news put out by the media.”

The issue of the alleged “deep state” in Washington has important political implications and requires a bit of unpacking. Of course, a Deep State of a sort exists in the United States, as it does in every country, even the most democratic and law-based ones. Everybody spies, therefore pretty much every country has intelligence services. Security agencies by their nature are secretive, and must remain so in order to function in the SpyWar. Their activities are not subject to the usual public releases of information that accompany nearly all other Federal activities in this country.

Moreover, the IC is run by career employees promoted up the ranks, without much interference from political appointees. In general, this is a good thing, since nobody sensible wants to put powerful intelligence agencies in the hands of politically motivated neophytes—or worse, hacks—without any background in the spy trade.

Not to mention that America’s spy agencies have plenty of oversight by elected officials in Congress. For more than four decades, intelligence committees in both the House and Senate have had full access to all IC activities, and have squashed spy operations that seemed potentially illegal or poorly thought out. This is yet another by-product of Watergate, when Congressional hearings revealed IC shenanigans that were curtailed for good in the mid-1970s. The current intelligence oversight system is that legacy.

Indeed, the term Deep State isn’t American or even Western in origin, rather Turkish. It’s called derin devlet in that language, and for decades it’s meant the military and intelligence officials who have worked behind the scenes in Ankara to maintain the country’s secular institutions and values, as enshrined by Mustafa Kemal Atatürk, the founder of the Turkish Republic in 1923. Serving as a state-within-a-state, derin devlet reputedly has been the hidden hand which has thwarted efforts aimed at weakening Turkey and its secular Kemalist values. That Deep State has been at war with Islamists and Kurdish separatists for years, using subversion and propaganda—and on occasion, violence—to blunt enemies.

While some aspects of the derin devlet myth are based in reality, over time it’s become the all-purpose bogeyman for Turks unhappy with the Kemalist system. Its shadowy and sinister hand is easily detected behind any activity—no matter how trivial—that Islamists in particular dislike. It’s therefore no surprise that the Deep State has served as the ubiquitous enemy of President Recep Tayyip Erdoğan who during his 13 years of power in Ankara has waged repeated campaigns against this elusive and wily foe.

Erdoğan’s pervasive efforts to re-Islamize Turkey, thereby undoing Kemalism in fact if not in name, have been met with vociferous Deep State opposition, according to the government. To fight back, Ankara has purged the military and security services repeatedly, most notoriously in the so-called Ergenekon trials, which lasted from 2008 and 2013, and led to prison terms for several top generals, who were said by Erdoğan supporters to be the sharp end of the derin devlet. That this complex conspiracy to subvert the system seems not to have existed outside the regime’s imagination was immaterial in Ankara.

Similarly, last summer’s mysterious coup, said by Erdoğan to have been the last gasp of the all-but-defeated Deep State, offered the Islamists one more opportunity to purge the military, the security services, and the whole state apparatus of those it considered stumbling-blocks to its far-reaching, back-to-the-Ottoman-future domestic agenda. Whether or not the Deep State exists in Turkey—few doubt that it does in some form—its myth unquestionably has been a huge boon to Erdoğan in his ceaseless quest for enemies to crush in order to consolidate his power.

It would be terrible for the United States if the Trump administration convinces citizens that any sort of derin devlet in Turkish fashion exists in our country. Since it certainly does not. In the first place, American spies exhibit no political unity. There are Republicans, there are Democrats, there are Independents. Nearly every political viewpoint under the sun is represented in the IC, and while generalizations can be made—e.g. FBI agents are mostly conservatives while CIA analysts are largely liberals—they are so broad, and so marred by exceptions, as to be almost useless.

When spies in Washington leak to the media, they do so not out of any ideology, much less overt partisanship, but to protect bureaucratic turf and to settle personal scores. Mark Felt, the senior FBI official whose leaks to The Washington Post as the infamous Deep Throat made Watergate a national scandal, spilled the beans on the Nixon White House for entirely personal reasons. President Nixon repeatedly refused to appoint Felt—who was no liberal—the Bureau’s director, the top post that the bitter leaker felt he deserved. Exposing the Watergate scandal was Felt’s careerist vendetta.

Today, the Intelligence Community is deeply unhappy with President Trump. They dislike his repeated public insults and impugning of their professional integrity—something no president has ever done before. Many spies distrust the commander-in-chief, which is why some of our secret agencies are withholding highly classified intelligence from a White House they think is penetrated by Russian intelligence.

The Russia angle is most troubling to the IC. Behind closed doors, plenty of American intelligence experts believe that President Trump is the pawn of the Kremlin, wittingly or not, and assess that it’s only a matter of time before unseemly Moscow ties are exposed and the White House enters unsurvivable political crisis.

Rebellion is brewing in Washington. The resignation of the CIA’s spokesman, a career intelligence analyst, is a sign of how fragile IC morale has gotten under the new administration. If President Trump keeps upping the ante in his war on the spies, he can expect more damaging leaks to reach the media. Leaks happen in every administration, and Nixon’s ignominious fall ought to serve as a cautionary tale to any president who thinks he can find the right “plumbers” to fix the leaky faucet. 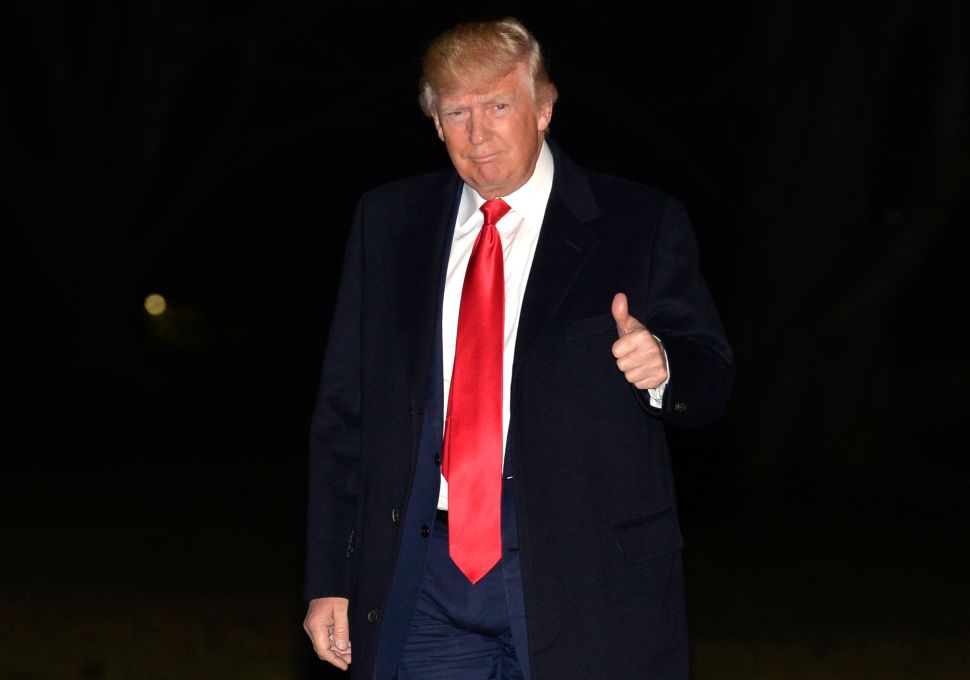