When Donald Trump announced on November 18th that Jeff Sessions was his pick for Attorney General it could not have come at a less opportune time for the marijuana legalization movement. Though largely overshadowed by Trump’s unexpected victory, the movement had enjoyed perhaps its greatest electoral success to date, as voters in eight states approved either recreational or medical cannabis. Just 10 days later, however, activists were forced to grapple with the potential of Sessions, a man who repeatedly chastised the Obama justice department for its failure to enforce federal drug laws being elevated to the highest office in the land. Yet a little over a week into his tenure, activists—though still expressing a number of concerns—have expressed cautious optimism that Sessions may be restrained from pursuing the hardline policies he articulated as a senator.

Brian Vincente, one of the nation’s leading marijuana attorneys and the former campaign director of Colorado’s 2012 ballot initiative argued that, with the crucial role the burgeoning cannabis industry had come to play in the state’s economy, it would be difficult for Sessions to role back progress on the issue if he tried.

“You have 28 states with medical marijuana. Eight states with legalization, there is a lot of government bureaucracy that is supportive of marijuana legalization. Our state generates about $200 million dollars a year in tax revenue. So there’s a lot of entrenched interests and I could see this being a tough battle for Sessions to take on.” Vincente further argued that resistance to federal enforcement could even take the form of jury nullification. “I’ve tried a number of cases in front of juries, and when they know that they and their neighbors voted to legalize marijuana we have prosecutors trying to put people in jail for something that should not be a crime.”

Jeremy Ettinger, a DC-based marijuana activist, also expressed confidence that direct public pressure could bring politicians to bear. In December he led a group into Sessions’ office, where he said he had a “very good,” 45-minute exchange with Sessions’ staff. Ettinger argued that his group had set out to “build some goodwill” with Sessions, and that Sessions’ confirmation hearing—in which he took a markedly less extreme tone on the issue—was a testament to their success. “He was a gentleman. A gentleman doesn’t say people who abuse marijuana are ‘not good people.’”

Although Ettinger acknowledged Sessions had an “implicit bias” which prejudiced him against Cannabis users, Ettinger ultimately predicted that because the White House was intrinsically seeking “less controversy” the issue would be a relatively low priority for the justice department.

The medical marijuana community has articulated its own set of concerns. Although the Rohrbacher-Farr Amendment currently prohibits the justice department from using federal funds against medical marijuana patients, it is slated to expire on April 28. In anticipation of a potential crackdown, Americans for Safer Access, which lobbies on behalf of medical cannabis, is bringing thousands of activists to DC to lobby representatives for its renewal. Beth Collins, ASA’s director of legislative, stressed that Rohrbacher-Farr was the only tool medical patients had to protect them in the event of a draconian crackdown.

“The problem is, under federal law, [Sessions] would be operating legally… In a federal Court he would not be using States’ rights; you can’t use the defense that ‘I’m a medical patient in my state.’”

Steve Sarich, a prominent Washington-based medical activist had a markedly more optimistic outlook. Sarich expressed confidence that, given Trump’s own longstanding support for medical, Sessions’ prohibitionist tendencies would be kept in check. “He’s gonna do exactly what the fuck he’s told or he’s gonna be fired—and you know that Trump made that real clear to him.”

Trump’s stance on recreational, by contrast, has wavered considerably over the years. In 1990 he called for the legalization of all drugs. By 2015 however, he came out as an opponent, claiming legalization in Colorado had gone “very bad.” Although Trump affirmed that he still favored allowing the states to decide, the appointment of Sessions would suggest his commitment is tepid at best. Given Trump’s personal antipathy, it isn’t all that hard to imagine his giving the green light to Sessions to authorize federal crackdowns.

The one thing which might give him pause are the political ramifications. With Trump already facing significant backlash for his immigration policy and controversial executive orders, going after marijuana and against the will of the millions of Americans who voted for it this past November would almost be politically suicidal. 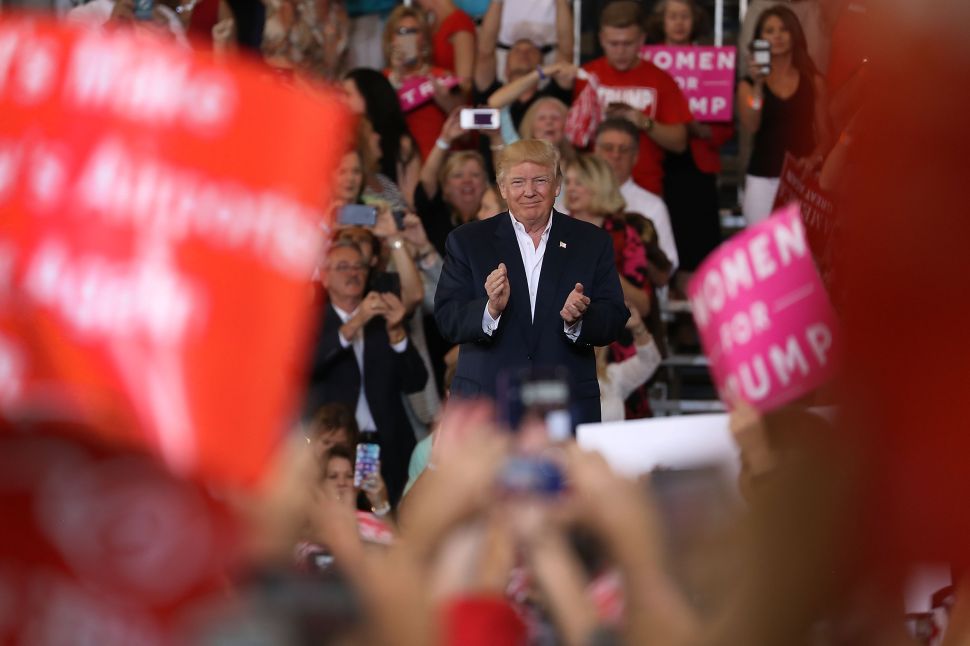