For all of its blessings, social media is also a dumping ground for pure balderdash. Not a day goes by when I don’t encounter the latest scheme that someone on my side of the aisle has cooked up for getting rid of Donald Trump and replacing him with Hillary Clinton or anyone else more congenial to our political tastes.

Some of the most interesting suggestions, while perfectly reasonable on their face, tend to run into nettlesome problems—such as the fact that they are completely impossible under the Constitution and/or the law governing presidential succession.

I’ve seen suggestions that we should have a recall election. It’s a nice thought, except for the fact that there is no provision of any existing law that allows for such a thing at the federal level. Most states don’t have recall provisions, and the federal government doesn’t permit recalls. So, there’s that.

But recall proposals are fairly simple and straightforward compared to some of the other, more interesting ideas on Twitter. One fellow suggests on an almost daily basis that some enterprising court—presumably the Supreme Court—can point to Russian interference and order a new election. In this proposed instance, it would be unfair for Republicans to keep the presidency after Trump’s removal from office, so the courts must call for a new election.

It’s very creative, but the Constitution doesn’t have a provision supporting this, either.

Then there’s this: impeach both Trump and Vice President Mike Pence, creating a “constitutional crisis” and somehow bringing about a special election between Speaker of the House Paul Ryan and Hillary Clinton.

It’s not detailed how exactly this would come to pass. Who would order it? When would it take place? Would Ryan become the default Republican nominee due to his place in the succession order? And why would there be a special election if there’s a succession order? Would Clinton get the nod based on the fact that she was the most recent Democratic nominee? So many unanswered questions!

Of course, the details are sketchy because of Twitter’s 140-character limit, which makes it impossible to explain such complex ideas in full. It’s also difficult to hash out the finer points when there’s no provision under federal law for a special presidential election.

Additionally, it’s only a “constitutional crisis” if there’s no plainly stated legal succession process in place, and there is: the Presidential Succession Act of 1947. The Act specifies that after the president and vice president, the speaker of the House is next in line, then the president pro tempore of the Senate, and then every member of the presidential cabinet who is constitutionally eligible for the presidency. That means, in the alternate universe in which both Trump and Pence are removed from office by a Congress controlled by their own party, that there are 16 people in line before we get to a constitutional crisis. Congressional staff better get some cots lined up in the Capitol basement, because 18 consecutive House impeachments and Senate trials will have Congress working around the clock.

Shortly after I wrote that last paragraph, somebody on Twitter actually suggested that the entire presidential line of succession could be removed. “Who would become acting president at that point?” she asked. “A unicorn,” I replied.

Nevertheless, the most popular idea is to impeach Trump.

Yes, folks, the “I” word! Everybody on the left loves impeachment these days. Twitter is a veritable #ImpeachTrump gala. The tweets calling for Trump’s removal are plentiful.

Of all the ideas on Twitter regarding the removal of Trump—and possibly Pence, too!—this one, at least, has the virtue of actually being a real thing and not some new, imagined remedy. There is, in fact, a constitutional provision for Congress to remove federal officers, including the president and vice president. A simple majority of the House of Representatives (218 members) may impeach the president for undefined “high crimes and misdemeanors,” at which point, the White House usher and his staff unceremoniously dump the ex-president on the White House steps and call him a cab (or the police), right?

Impeachment by the House is only the first step. The second step requires a full trial by the Senate, presided over by the Chief Justice of the Supreme Court. At the end of the process, two-thirds of the Senate is required to remove the president from office. That means that if just 34 out of 100 Senators vote “not guilty,” the president remains in office. (For movie fans, this is the moment in Hoosiers when faithful Rollin tears up the tally sheet, smiles and says “Coach stays.”)

Out of the 45 presidents America has had, two have been impeached. In both cases, the president was impeached by a House controlled by his opponents. In each case, the Senate (also controlled by the president’s foes) failed to convict, and the president served out his term. (Neither of these presidents was President Richard Nixon, who resigned before the House could impeach him. In his case, too, Nixon’s political opponents held sway in Congress. If they hadn’t, one wonders whether he, too, would have served out his term.)

I’ll give fans of impeachment credit for at least stumbling on the remedy that’s theoretically possible, but, in practical terms, it’s not going to happen.

Here are the cold, hard facts: Trump isn’t going anywhere. If you want him out, start mobilizing for the 2020 election. That’s when you have a chance to remove him from office. In the meantime, start working to get more Democrats elected to Congress in 2018.

Democrats strategy should be to block then remove. It’s not immediate, and it’s not original. However, it can actually work. 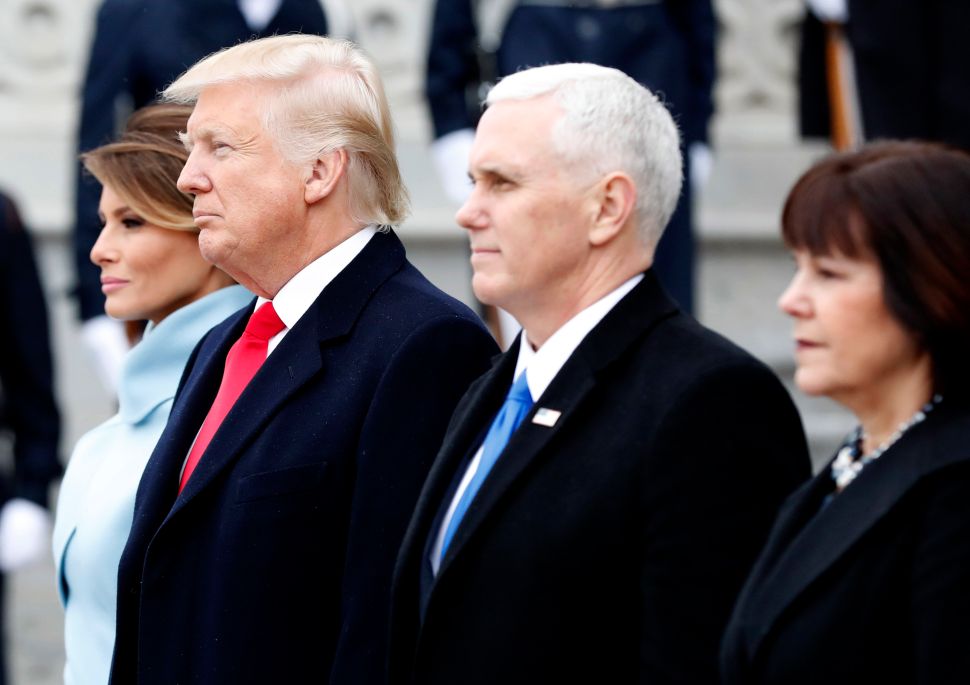