Do you ever wish you were back in 2004, when Good Charlotte “got you” and Donald Trump was just starting an exciting new television program? Well, if you hated mallcore and Trump, then here’s a new song you’re sure to love.

The good folks over at YouTube’s Super Deluxe have created an emo song a la Taking Back Sunday, using only The Donald’s tweets as the lyrics. The result is a hilarious and also surprisingly catchy parody that emphasizes just how whiney our president can be.

It makes you miss the days of stage-diving in VFW halls. Maybe not for the bands, but definitely for a time before the bumbling oafs who ran this country knew how to use the internet. 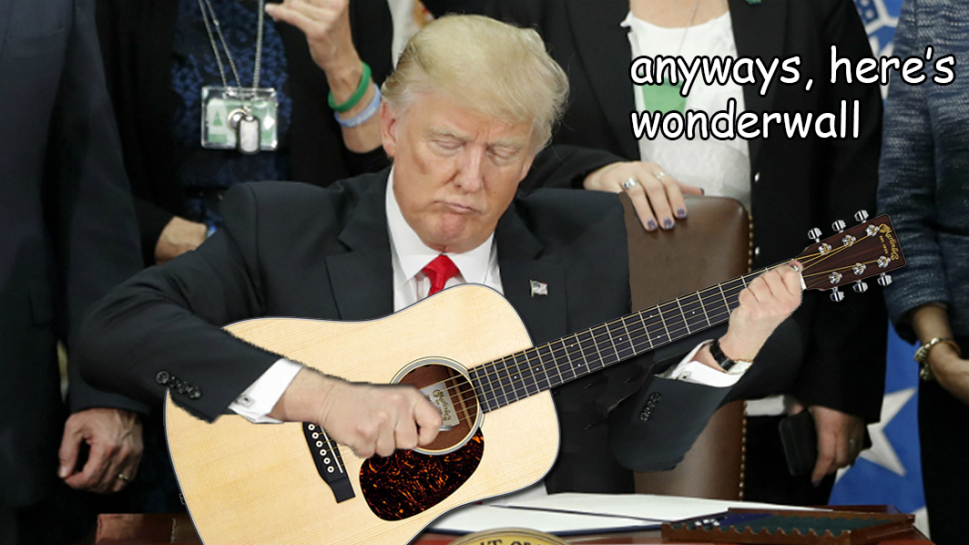