With New York Fashion Week raging on at The New York Public Library on Monday night, the Italian tire maker perhaps known best for their annual fashion calendar, Pirelli, held a reserved panel discussion aptly titled “On Beauty.” Held at Cipriani Wall Street, the panel included luminaries like Oscar winner Jessica Chastain, writers Fran Lebowitz and Derek Blasberg, and photographer Peter Lindbergh, who all riffed on the evolving definition of beauty. Lindbergh was also the lensman chosen to produce the 2017 Pirelli calendar in which the likes of Caroline de Maigret, Karolina Kurkova, and Doutzen Kroes star in his signature stripped down black and white portraits. All three ladies, and then some, were spotted in the audience, and met with fans following the beauty-filled discussion to sign copies of the newly released calendar.

On Tuesday night, eccentric and legendary after-hours boîte, The Box, celebrated its 10th anniversary that drew out an equally eclectic crowd. Close pals of creator Simon Hammerstein came out en masse including Susan Sarandon, who remained enamored by the unspeakable on-stage acts, and former nightlife fixture Lindsay Lohan in town from London. The former child star spent the evening chatting with Hammerstein’s mother, and hanging with the performers well past 3 AM. Also spotted making a rare appearance was billionaire inventor Elon Musk, who tactfully avoided all photo ops when he arrived just after 1 AM to show support for his mate, Mr. Hammerstein.

GoldBar in Little Italy celebrated its 10th anniversary with a party hosted by owner Shaun Rose and his partners Jonny Lennon, Luke Brian, and Kevin Nee along with the founders of the gilded hideout, Jayma Cardoso and Robert McKinley who famously went on to create Montauk’s infamous Surf Lodge. Black tie-clad cut a rug as McKinley himself commandeered the DJ booth to play hits like Lenny Kravitz’s “Dancing ’til Dawn,” a tune inspired by the rocker’s many late nights spent at the hotspot. 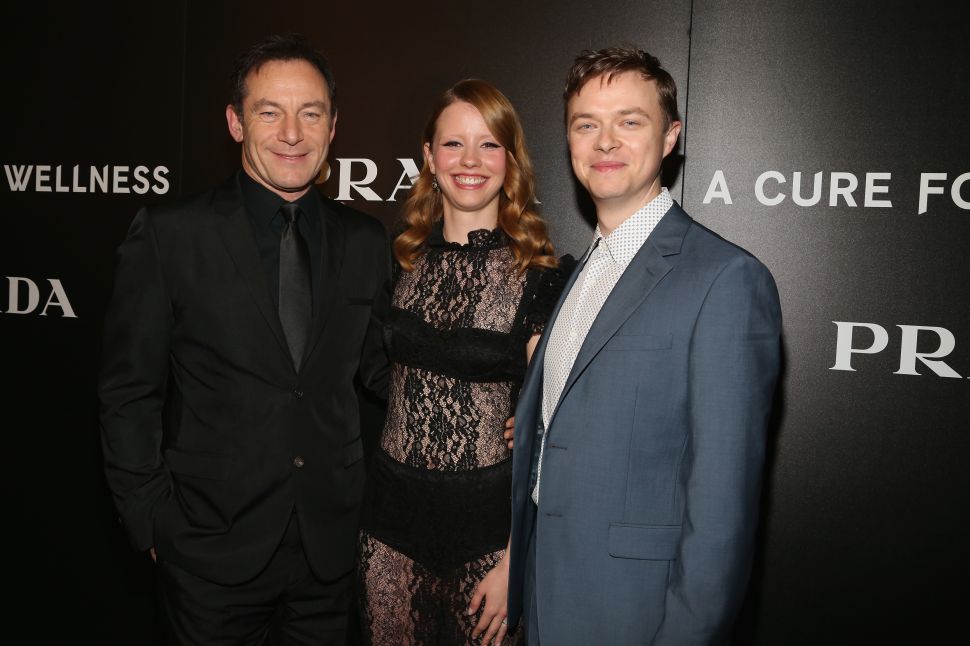