What is it about Faena? The name alone conjures up fantasies of a certain Latin sway, a late night dalliance, decadent revelry played out amidst salty air and crystal chandeliers. Generally speaking, Miami hotspots are a flash in the pan. They get one Art Basel to show their stuff and then it’s blink and you missed it. But the property is over one year old and still very much on the minds, and tongues, of a select swath of tastemakers and celebrities – think Beyonce and Jay-Z, Leonardo DiCaprio, Naomi Campbell and Madonna. The hotel is the newest development of Alan Faena and Len Blavatnik’s multibillion-dollar enterprise that includes a hotel in downtown Buenos Aires and a boutique Spanish-style inn, Casa Faena, also in Miami. But Faena is more a universe than hotel. Its glamorously gilded columns, complete with red velvet accents and cheetah print are the vision of Baz Luhrmann, Catherine Martin and Mr. Faena. It showcases art by Damien Hirst and Jeff Koons. And it continues to make headlines through its massive renovation of Miami’s mid-beach district, a once middle-of-nowhere stretch from 32nd Street to 36th Street that has become a destination within a destination city.

Faena just introduced another contribution to its bustling Faena District, a $1.2 billion project covering six blocks that brings together cultural, residential, hotel, retail and culinary environments. Its newest introduction is the Faena Forum, a 43,000 square foot space designed by Mr. Faena in collaboration with Rem Koolhaas and Shohei Shigematsu’s architecture firm OMA that features a cylinder and cube shaped dome to house performances, exhibitions and events. Next up is the Faena Bazaar, a retail and culinary marketplace curated by stylists-cum-tastemakers Kelly Framel and Zachary Lynd, which will offer a variety of retail programming by the year’s end.

Now, more New Yorkers will have access to the wonder of Faena thanks to Blade, the short distance private aviation company. In a collaboration ripe with sexy synergy, Blade is introducing its Faena Miami One Click Weekend, where guests can fly in a Blade Bounce helicopter to any New York-metro airport before embarking to Miami on a 16-person Bladeone Jet. From there, they’ll throw back some bubbly in a Blade lounge and take a black car to their Faena suite complete with 24-hour butler service. It’s this kind of offering that invites the “work hard, play hard” set who is happy to shell out a week’s pay on experiences over an It bag.

“We’re offering short distance aviation that’s highly branded, with a digital platform and a really cool sensibility,” said Blade founder Robert Wiesenthal. “It’s not unlike Pan Am in the 1960’s.”

Faena is just one way Blade is catering to fashion’s elite. An airline primed for the fashion crowd, Blade dials up strategic partnerships with brands like Grey Goose, Cadillac, Helmut Lang and Casa Dragones. It taps designers like Cynthia Rowley, Sarah Jessica Parker and Tamara Mellon to create its uniforms. This year, it commissioned Vanessa Traina’s exclusive boutique The Line to decorate its planes while providing gift bags by brands like Vince, Theory and Net-a-Porter. “We call our clients the ‘chattering class,’ said Mr. Wiesenthal. “Our business was built on Instagram. Each Bladeone plane ride gets an average of 10 to 12 social media posts. So a big part of our business is finding unique ways to expose these brands to a terrific, very aggressive audience.”

A former chief financial officer at Sony Corporation, Mr. Wiesenthal developed the concept for Blade five years ago while accompanying a friend on a helicopter from Manhattan to East Hampton. In the same vein as “asset light” technology companies, Mr. Wiesenthal came up with the idea of crowdsourcing seats over mobile devices. Blade doesn’t actually own any planes or helicopters but allows about 11 existing operators to use its backend software, essentially creating an Open Table of managing trips. The technology offers users on the Blade Bounce helicopter program to book a helicopter in as little as 20 minutes before their departure for prices starting at $295.

Blade’s partnership with Faena is its first effort to create service beyond the New England coast. It recently launched helicopter service in Los Angeles, though Mr. Wiesenthal’s primary goal is adding more flights throughout Miami and to the Dominican Republic, Cuba and The Florida Keys. He’s hoping his passengers will follow.

“People would rather spend a lot on a vacation than buy a used car,” Mr. Wiesenthal said. “They want experiences. And we’re focused on providing them with short distance aviation that goes where they are going.” 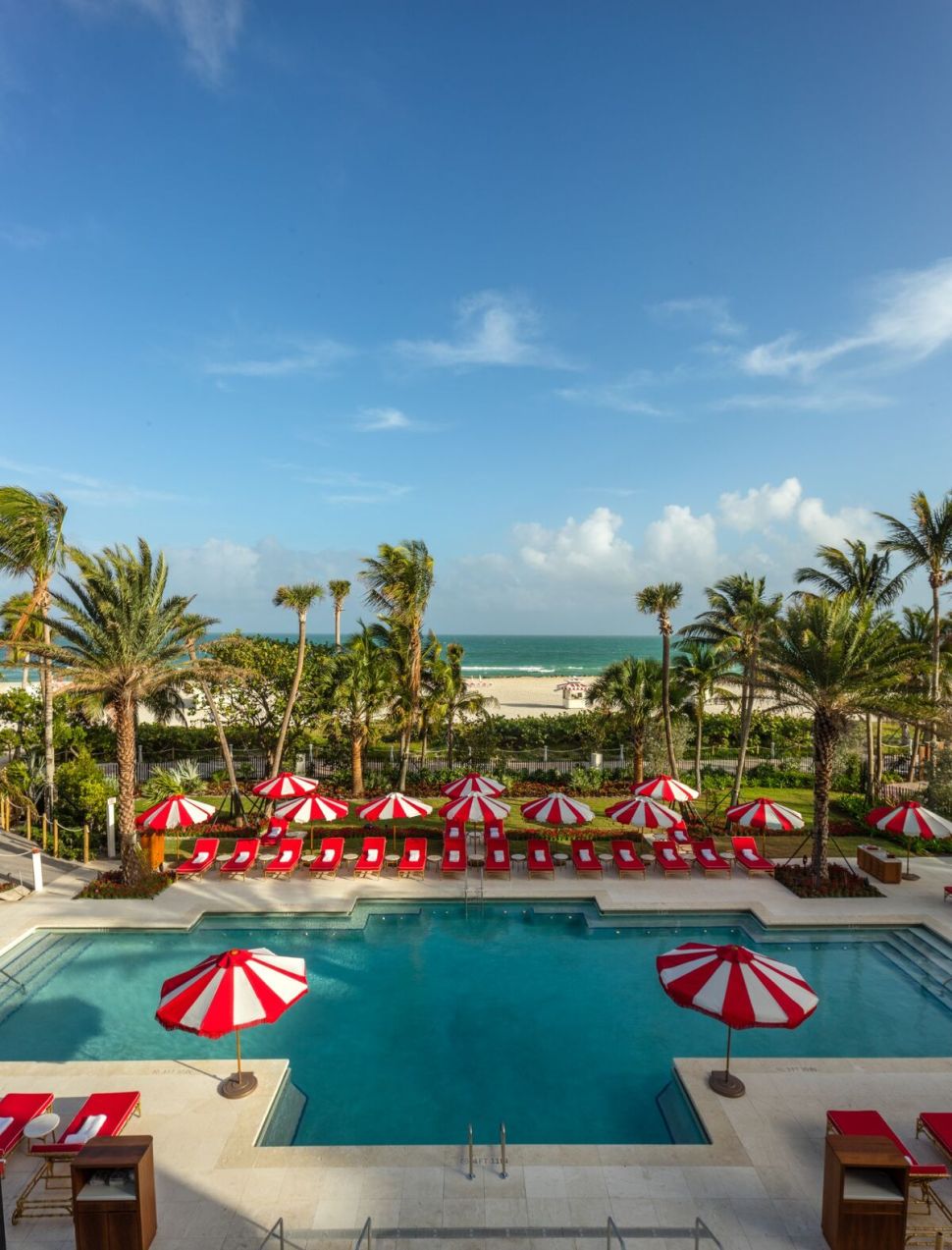