On the day he announced his LD40 state senate candidacy, former Assemblyman Paul DiGaetano voiced displeasure at the early attack made by his Republican Primary rival.

“I’m very disappointed that my would-be opponent has already gone negative,” DiGaetano told Observer. “I put out very direct and succinct initiatives, and it’s clear they would like to take the race in a negative direction. I plan to run a positive campaign.”

The candidate addressed Kristin Corrado’s criticisms, noting that state Senator Kevin O’Toole – who supports Corrado for the senate seat from which he’s retiring – used to serve as Essex County Republican chairman while working in the legislature.

“And I didn’t hear any objection then,” DiGaetano said.

The senate candidate said Corrado and her allies had nearly 300 days of unassailed time on the clock going back to when they first announced their intentions to run for the legislature, and they failed to put together a substantive message, in his opinion.

He said he was proud of his record as majority leader, and said New Jersey had “a great run” during the time he served in Trenton. “When I left the pension system was 100% funded,” he argued. He said he never received multiple pensions, as charged; and received a pay raise after the pay scale went unchanged for decades.

“I intend to run a positive race,” he reiterated. “I’m not up for a negative campaign. It’s unfortunate that they apparently are.”

A former state senator, Robertson beat Bubba’s father, who was also a senator. “It’s nice to see Republicans coming together,” DiGaetano said of his legislative ticket. 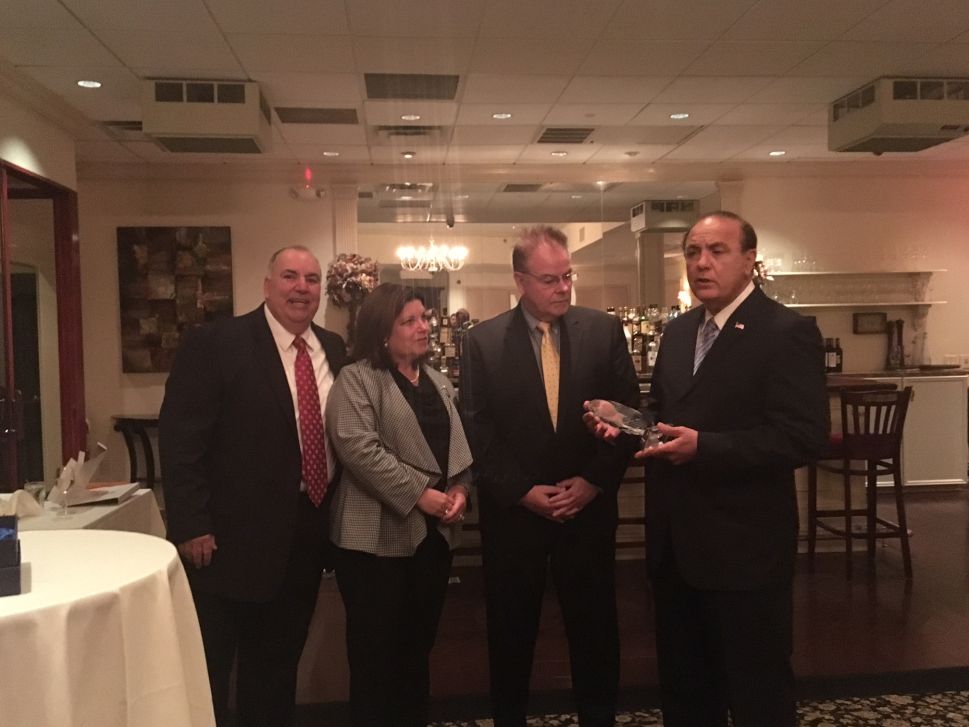